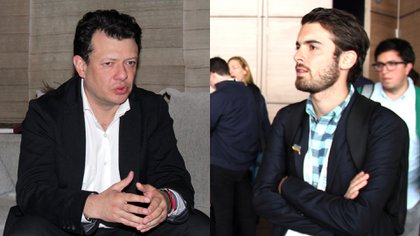 This Saturday, in Medellín, a group of citizens met in front of the Botanical Garden to reject what they denounce as underfunding and mismanagement of resources by the Mayor of Daniel Quintero.

“The words of Claudia Lucía García, director of the Botanical Garden, show the magnitude of this space and the great risk that de-financing it means to subcontract with that money companies of political clans”said the councilor of the Green party, Daniel Duque, who has been a critic of the Quintero administration, even against the directives of his political party.

The sit-in that was held on February 20 was also attended by several citizens close to uribism who have also expressed their dissatisfaction with what is happening with the Botanical Garden. In fact, former president Álvaro Uribe himself wrote on his Twitter account: “The ruin of the Botanical Garden to give contracts to the politicking”.

However, this meeting between members of the Green Party and those close to Uribismo was not well seen by politicians such as the former candidate for Mayor of Bogotá, Hollman Morris, who criticized the photograph that came out of this sit-in.

The trill did not go unnoticed by Green Councilor Daniel Duque, who responded to Morris: “Here is a Bogota citizen who does not know Medellín reducing the city’s debate to Uribistas and Quinteristas. I challenge you, if you are not afraid and your boss allows it, to a debate about the assault that Samuel Moreno paisa is carrying out on our city. Set the conditions “.

Likewise, the response of the former Bogota councilor was swift and replied: “Councilor the debates are given on city models. Because of its language, it seems more like an invitation to a duel than a debate of ideas. Welcome the debate with arguments. Let’s discuss in the academic campus and I put the first point: the Hidroituango truth commission ”.

Councilor the debates are given on city models. Because of its language, it seems more like an invitation to a duel than a debate of ideas. Welcome the debate with arguments. Let’s discuss in the academic campus and I put the first point: the Hidroituango truth commission. https://t.co/fdeDcLKQRF

The complaint was made by Councilor Duque by assuring that the Mayor’s Office is underfunding the Botanical Garden and that the resources are going to contractors close to the Liberal Party chosen without clear justification. “With this the city and the expert gardeners who had been doing the work lose,” he denounced.

He explained that usually the Administration contracted the gardening of the green areas of the city with the Botanical Garden, this allowed the entity to subsist without charging for the entrance fee. Now it will be Metroparques, which recently changed its corporate purpose to be able to garden.

“As Metroparques has no experience in gardening, it had to subcontract the service to Reforestadora El Líbano SAS. Who is behind this company from Andes, Antioquia, which will replace the Botanical Garden?”, the councilman questioned.

Well, the legal representative of the Reforestadora El Líbano is Luz Elena Henao Rodríguez, along with her family, “they have become millionaire contractors of the State through their political connections with the Liberal Party, in fact, they are part of its municipal board of directors” Duke.

Learn about the flexibility of measures in Bogotá after the second peak of the pandemic: there are also regulations that continueThey find the body of the young Peruvian who was thrown from a bridge in Colombia