Japanese by birth, French at heart, filmmaker Nobuhiro Suwa has emerged as one of the most prolific international filmmakers on the scene today. After filming his last three feature films in France (‘A Perfect Couple’, ‘Yuki and Nina’ and ‘The Lion Sleeps Tonight’), The director returns to his native country with ‘El telefon del viento’, shown in the Albar section of the Gijón Festival 2020 and at the D’A Film Festival 2021. A film that collects the most characteristic elements of his filmography, captured in a cathartic road movie.

Born in 1960 in Hiroshima, Suwa belongs to a generation after the one who experienced the tragedy of the nuclear bomb and its most immediate consequences. After getting closer to his own memory with ‘H Story’, in which he paid homage to the iconic ‘Hiroshima, mon amour’ by Resnais, Suwa now looks at another great tragedy that has marked Japan today, the 2011 earthquake and tsunami, which left 15,893 dead, 6,152 injured and 2,556 missing. And Suwa approaches this tragedy by making an observation that marks the film and that also serves to highlight Japanese society: the impossibility of closing wounds in a system that seeks to turn the page first.

And that’s where Suwa focuses, creating a road movie that follows Haru (Serena Motola), a teenager suffering from Survivor Syndrome, living with his aunt in Hiroshima after his village, Ôtsuchi, was washed away by the tsunami, his parents and little brother dying in the disaster. It is the filmmaker who creates the link between Hiroshima and Ôtsuchi, between both tragedies, by setting the beginning of the film in one city and ending it in the other. Symbolically, Suwa makes a simile, in the sense that the explosion of the nuclear bomb and the tsunami provoked a social reaction with which it was sought to turn the page as quickly as possible, without stopping to reflect and live a duel, be it individual or collective. 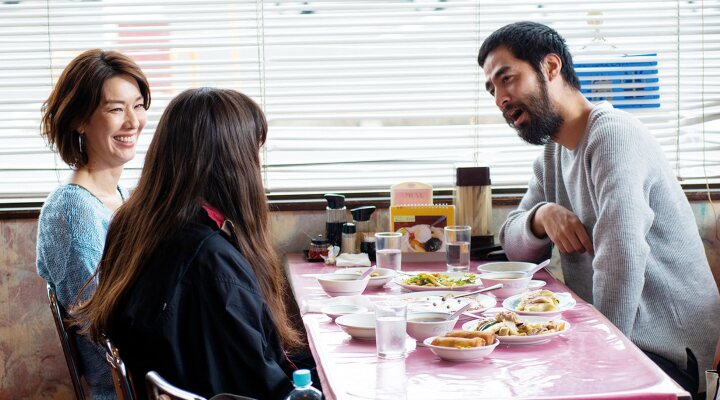 And that is where the wounds do not heal and where that personal journey that Haru begins after his aunt suffered a stroke enters the scene. In this journey, It is where Suwa’s hand is seen, his commitment to improvised dialogues and to interact with reality, being an authentic road movie that takes the public from one end of the country to another, whose background ends up having the addition of a series of secondary characters that portray the current situation of the country, Haru being from a depressed man to a middle-aged woman age who has decided to be a single mother at her age -something daring for Japanese society-, without forgetting the machismo and the danger that the young woman can suffer just because she is a woman.

A cathartic journey and a sociological experience. A new triumph for Suwa

Among those fleeting strangers, stand out, on the one hand, how Suwa portrays the refugee crisis in Japan, a situation rarely shown, looking at the precariousness in which a Kurdish family lives and how they adapt to the host country. On the other hand, it is Morio (a magnificent Hidetoshi Nishijima), a former Fukushima plant worker who ends up being a kind of father figure to the young woman, especially because she knows the tragedy first-hand and, like her, has not managed to overcome the duel. 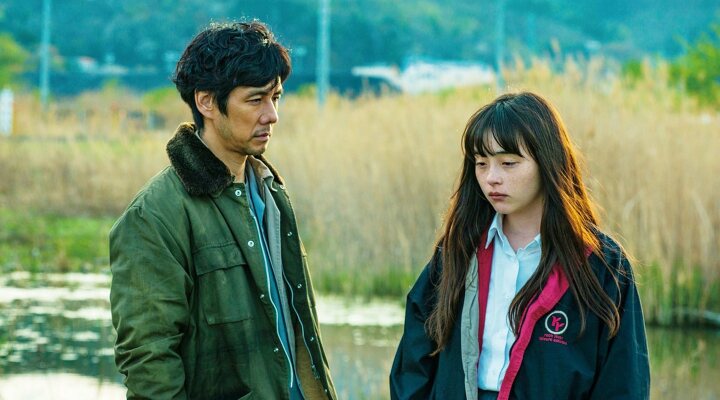 The funny thing is that its title, in both Spanish and Japanese, refers to an element that behaves elliptically on the tape and is inspired by real events. In 2011, Itaru Sasaki set up a phone booth in a garden to communicate with his deceased cousin. Precisely after the earthquake and subsequent tsunami of that year, multiple people came to the cabin to mourn their dead. With which, In a way, Suwa pays tribute to them.

That trip to the origins to close the wound and say goodbye to the dead makes ‘The wind phone’ in a magnificent proposal that once again demonstrates Suwa’s mastery as a filmmaker, by delicately narrating the personal healing process of its protagonist and how only by correctly closing the past and keeping it present today is it possible to walk with a sure step towards the future. A neat signature jewel with which Suwa makes a triumphant return to her native country.

The best: The scene of the Kurdish refugees and the moment when Haru arrives at the cabin.

Worst: Its slow pace will demand patience from the audience.