In Mexico, pronouncing the number 41 evokes one of the greatest public scandals that the Aztec country experienced at the beginning of the 20th century and it also brings back one of the most shameful events in contemporary history. Is talking about Dance of the Forty-one, a police raid that took place on November 17, 1901 on Calle de la Paz in the Tabacalera neighborhood, in Mexico City, during the Porfirio Díaz regime.

That day, 42 men were arrested, the majority belonging to Mexican high society. The men had attended a party, commonly called at that time as the “Inverted Dance.”, in which transvestism and ballroom dancing between people of the same sex were allowed in private venues and clandestinely. Of those 42, only the names of 41 were published and it was those 41 who faced public derision, being considered one of the great hate crimes that occurred in the region in the last century. It was officially 41, because guest 42 was the son-in-law of the Mexican president, Ignacio de la Torre y Mier, whose presence was hidden from public opinion due to political pressure.

Based on both the social and political scandal, the film ‘El baile de los 41’ arises., directed by David Pablos, who has already delved into stories related to socially or socioeconomically marginalized groups, as he did in ‘Las elegidas’. With a script by Monika Revilla; Scriptwriter with experience in historical fiction with ‘Juana Inés’, ‘Malinche’ or the telefilm ‘Porfirio Díaz, 100 years without a country’, the feature film focuses only on narrating the chronicle of the rise and fall of the son-in-law and his affiliation to the group of 41. Taking advantage of this premise, Pablos y Revilla makes a harsh story about the LGBT history of both the Aztec country and Latin America.

And is that ‘El baile de los 41’ is, above all, an exercise in historical memory and a tribute to the 41 victims of public contempt, which were a kind of scapegoat against the president, since the disclosure of the scandal was considered a form of act of rebellion by the press against the authoritarian attitude of the Porfiriato government. In fact, Díaz fell from power 10 years after the scandal. On the other hand, the film serves to bring to contemporary audiences how homosexual men survived as best they could at the beginning of the 20th century, in the famous underground parties that were the origins of gay bars and gay venues. 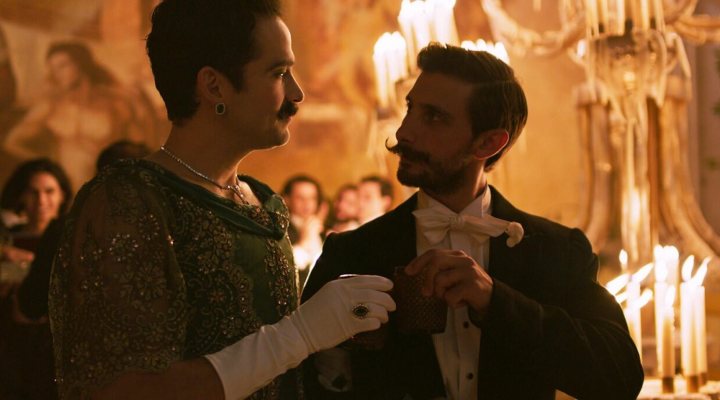 And, in the middle, a story of love and repression, the one lived by De la Torre. The combination of political thriller, historical cinema and period melodrama make ‘El baile de los 41’ an elegant cinematographic exercise, whose technical section enhances that feeling of watching a film with a pedigree. The photography, the work of Carolina Costa, stands out, evoking that era of candlelight, making the night darker, bringing that feeling of secrecy. Mention also for production design, by Daniela Schneider, who It is reminiscent of the care and dedication of other great recent period titles such as ‘The Officer and the Spy’ or ‘Portrait of a Woman on Fire’.

Although its technical section turns ‘El baile de los 41’ into a piece that Mexican cinema can boast of, at the height of films like ‘Arráncame la vida’ or ‘Cinco de Mayo: The battle’, it is his interpretations that manage to definitely elevate the film. Several years, Alfonso Herrera has emerged as the leading man who breaks stereotypes, with extreme interpretations that manage to stand out for being whirlwinds of emotions contained in looks of helplessness. The role of Ignacio de la Torre is one of the most complex he has had in his filmography and the roundest so far. 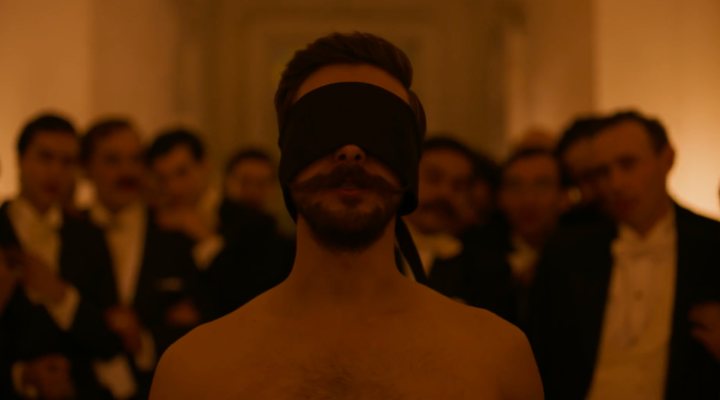 Herrera shines with a non-empathetic character, giving the reality that lives a terrible feeling of truthfulness. By his side, Emiliano Zurita, the smallest of the Zurita clan. Brother of Sebastián Zurita and son of Humberto Zurita, the interpreter has a role that evokes that of Jérémie Renier in ‘A love to hide’, being that man who decides to pay the price of his freedom. Mabel Cadena is the third in contention, with an unpleasant position, being the deceived wife who resists having a husband who leads a double life.

‘The dance of 41’ It is the way in which Mexican cinematography seeks to compensate that number (considered cursed and taboo even in the society of the North American country) and a way to demolish stigmatizations about what this scandal entailed, in which the sexuality of innocents was used as a scapegoat against the government. A tribute so that those names and that digit are synonymous with pride, memory and resistance of a group who pays tribute to them and continues to fight for their rights.

The best: The dedicated performance of Alfonso Herrera and his chemistry with Emiliano Zurita. Its technical section is masterful.

Worst: The scene after the great banquet, although visually very aesthetic and provocative, in the final result seems somewhat unnecessary. Greater political intrigue is missing.