From time to time projects arise whose origin manages to be as interesting as the final result. The filmmaker Guillaume Brac was commissioned by the director of the French National Conservatory of Dramatic Art to write a film for a promotion of young actors. As a result of interviewing more than 30 members of the promotion, the protagonists emerged and, later, the script, thus being their unique origins. As a result of this work, ‘Al tackle!’ Now hits theaters, after passing through the Panorama section of the 70th edition of the Berlin Film Festival and in the Albar section of the 58th edition of the Gijón Festival.

The funny thing about ‘On boarding!’ -whose Spanish premiere takes place just two days after its premiere in its native France- is that It seems like a fictional answer to the filmmaker’s previous feature film, the documentary ‘Treasure Island’, in which Brac made a careful exhibition to those vacationers who spent their summer days in a recreational center on the outskirts of Paris, due to the economic impossibility of being able to leave the capital. Sociological portrait that dazzled critics, it seems that the director has chosen to deepen this premise, although with a different perspective.

Different approach because they star in it Félix and Chérif, two young black Parisians, one a home nurse and the other a replenisher in a supermarket, who decide to spend a week’s vacation in Provence after Félix met Alma (Asma Messaoudene), a bourgeois young woman with whom he spends an unforgettable afternoon and night, and decides to surprise her and visit him in the town where he spends his days off.

Already the premise; The promise of a summer love, leads to the two protagonists, which is joined by Édouard (Édouard Sulpice), the BlaBlaCar driver of privileged class that takes them to the summer area, is striking. Brac takes the characters out of their comfort zone and into an unusual and, at the same time, everyday situation. In this framework, the filmmaker creates another sociological portrait in various senses. On the one hand, it is the framework of a generation of young people, with their different ways of understanding both love and other aspects of life, conditioned by social class, origin, ethnicity and education.

A delicious drama of the everyday during a summer vacation

For another, Brac subtly takes the opportunity to capture in these current French youth to, in an insightful way, highlight the racial differences and how they are present in small details. On the other hand, they also represent how the holiday season engages people who otherwise would not have exchanged a word. Thus, friendships, loves, heartbreaks arise, prejudices collapse, bonds are formed. 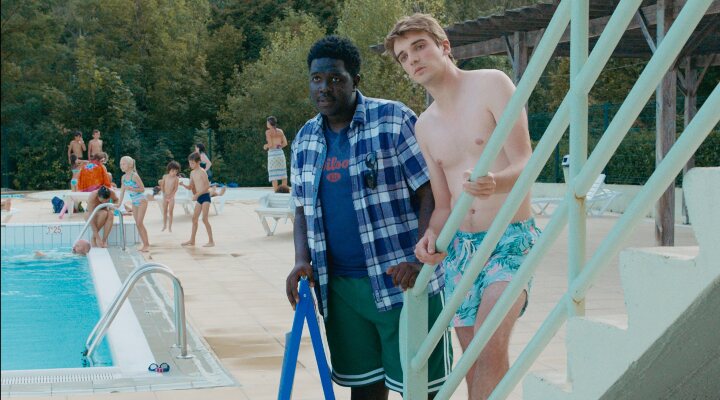 And Brac narrates it in a tremendously traditional way, evoking the cinema of Éric Rohmer, narrating life passing, with its small day-to-day events. In this story, a spontaneous and natural script shines, in which his performances also stand out, all by actors of the new generation of professionals trained at the National Conservatory. Salif Cissé stands out especially, a discovery for its containment.

Brac continues to offer tremendously insightful and humane accounts. ‘On boarding!’ continues that continuous line of titles that make the filmmaker one of the most interesting names in current French cinema, such as the aforementioned ‘Treasure Island’, ‘Contes de juillet’ or ‘Tonerre’. A delicious story that, with its lightness, captivates and becomes one of the ideal author titles of this season.

The best: The scenes of conversations from day to day, the sequences of the dance at the end.

Worst: The character of Éric Nantchouang does not help to initially connect with the film.