Delving into the drama of sexist violence is not a simple cinematographic exercise. In fact, despite a situation that appears, sadly, constantly in the news (in 2020, 45 women were murdered at the hands of their partner or ex-partner and in 2021, as of June 11, there are 18), make a feature film that encompasses This reality has been little done in the Spanish industry, with very clear references in ‘Solo mía’ and ‘Te give mis ojos’, both titles produced in the early 2000s.

Hence, the premiere of ‘Solo una vez’, Guillermo Ríos Bordón’s debut, draws attention. Based on the homonymous play, written by Marta Buchaca, which she adapts when taking care of the script, the film moves away from the prejudice related to the victim and the aggressor, by having as protagonists an upper-middle-class couple, in which he is a famous writer and she is a successful editor. By betting on characters who belong to qualified, liberal professions, considered intellectuals, they make the film show that gender violence does not understand social classes or professions.

On the other hand, During the course of history, the question of what happened is raised, keeping that unknown until the end, in a dramatic explosion to which a dose of thriller is added, as there is a subplot related to the psychologist who is handling the case and who is in charge of deciding what happened on that night in which he “lost control.” This subplot brings out an irrational and visceral sense of violence, in which Buchaca’s script explores the chiaroscuro that exist on the concept of mistreatment and the management of violence.

And, in between, a superb interpretive duel. Over the years, Álex García has been veering towards more ambitious rolesCinematically speaking, it was already seen in ‘The bride’ and, later, with titles such as ‘Litus’ or the ‘Riot control’ series. With ‘Solo una vez’ he offers his most ambiguous interpretation, in which each of his gestures is analyzed in the smallest detail. Together with him, a correct Ariadna Gil and a magnificent Silvia Alonso. 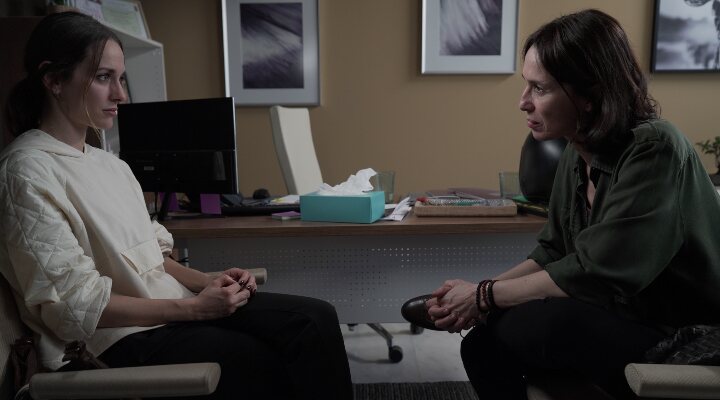 The first raises questions about the case, as well as shows how, despite dealing with cases of sexist violence, he is unable to recognize himself as a victim when you start to suffer a case of bullying. The second continues to demonstrate its ability to mimic. Alonso is one of the most chameleonic actresses in current Spanish cinema, capable of being a femme fatale with an undertone in ‘Instinct’ to being the courageous friend in ‘The Wish List’ or the cheated bride in ‘Until the wedding do us part’. In ‘Solo una vez’, he offers his most dramatic performance yet, being his most dedicated role, so far, of his career.

It is both in this approach and in the interpretation of its protagonists that make ‘Solo una vez’ is a drama of social denunciation that knows how to combine with the thriller, creating a charged atmosphere in which violence is concentrated to the point of exploding in an unpredictable and volatile way. That forces the public to be aware of each action, which makes the intrigue last until the end. Ríos Bordón exposes the multiple layers that irrational violence has and how they are present in the human being in different ways, without thereby diminishing the importance and seriousness of the social scourge that is sexist violence. A correct and risky film debut.

The best: The final scene, the interpretations of Álex García, Silvia Alonso and Ariadna Gil.

Worst: At various times, its theatrical origin is too noticeable. Also, in some sequences, you can’t avoid clichés and speeches that feel set.