Focused on his acting career and theater, Daniel Cohen returns to the cinema eight years later from ‘The chef, the family recipe’, adapting precisely one of his own theater pieces: ‘Healthy envy’. A title that, in Spanish, shows the contradiction of putting both words together and whose original title in French (‘Le bonheur des uns …’) made reference to the famous saying ‘One’s luck is the misfortune of others’. A very direct description of this cinematographic bet that manages to be an ironic and critical look towards bourgeois life through those small details that delve into what few want to look at: mediocrity itself.

Despite being of theatrical origin, the truth is that Cohen, who adapts his own work in the realization and in the script -in this section together with Olivier Dazat-, he knows how to completely transfer his work to the big screen, taking these apparently superfluous conversations to different settings. Already, from the beginning of the film, a formidable letter of introduction is observed, in the form of a dinner of four lifelong friends whose indecision when taking dessert subtly marks the future of each of the characters.

And is that all four beautifully represent today’s portrait of the middle-aged Parisian upper-middle class, in which there is a lot of appearance, in which friendships are based on supporting their own miseries at the expense of others and that, when someone stands out, is when the seams of relationships begin to be seen, both friendships and conjugal . It is interesting how Cohen approaches the plot in Léa, apparently the weakest link in the group, who goes from being a clerk in a clothing store to being a best-selling writer.

Although the woman assures that she always felt happy both as a sales clerk and as a writer, it is its success which causes not only envy to jump, but also the grudges kept from friendships for years, from inferiority complexes of couples that show how machismo continues to mark relationships and, above all, how envy cannot be healthy. And Cohen and Dazat’s script captures it very well in each of the three remaining friends. From the apparent lifelong best friend, Karine, who sees her dominating wake overshadowed; passing through the husband of the writer, Marc, whose mediocrity is exposed in a tremendously acid way, without forgetting the husband of the best friend, Francis, perhaps the most honest of the entire film. 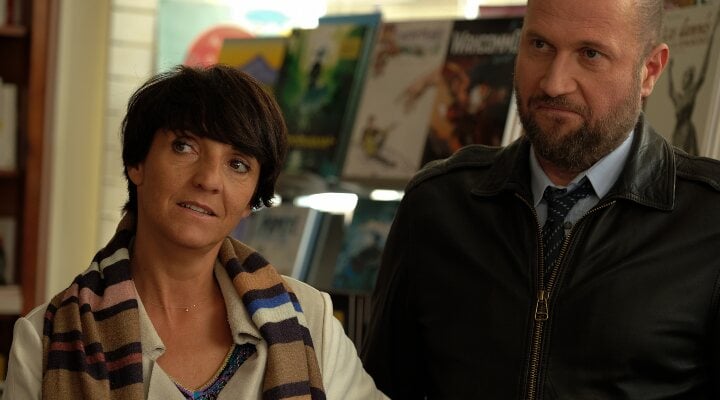 And that duel to four, Cohen configures a sublime bourgeois comedy, the kind that reminds the most rogue Olivier AssayasIt is impossible not to remember the publishing world of ‘Double lives’, as well as that different feminine gaze in relation to Léa, which evokes the cinema of Justine Triet. Nevertheless, this would not have come to fruition were it not for his acting quartet: Vincent Cassel, Bérénice Bejo, Florence Foresti and François Damiens. Cassel continues to move away from those roles for which he became known, this time showing his most infuriating side; Bejo continues to surprise with his comic side and the tandem could not be better accompanied than by two great French humorists such as Foresti and Damiens.

‘Healthy envy’ brings to light what is behind this contradictory expression, which makes it clear that jealousy is not healthy at all. A delightful exercise in intellectual irony under the veneer of acid parlor comedy of which French cinema has known how to establish itself as a benchmark.

The best: The moment of choosing the dessert, beautifully defines the movie.

Worst: It is one of those comedies that those looking for something easy or a more authorial bet will not like.