There is something about first operas that fascinates and it is the possibility of watching a budding filmmaker tell a visceral and completely free story. Being a first attempt, many of them take the opportunity to make their debut a fascinating letter of introduction. That’s what happens with the publicist Azra denis okyay, which won the Grand Prize of the International Critics Week at the 77th Venice Film Festival with ‘Ghosts’, which now reaches Spanish theaters.

The public is accustomed to soap operas from the Bosphorus country, its film industry is quite the opposite, proof of this is the filmography of Nuri Bilge Ceylan. And it is also the case of the newcomer Okyay, who brings a fascinating portrait of today’s Istanbul, a kaleidoscope in which she takes the opportunity to narrate the multiple realities that a country lives in constant conversation with itself, in itself being more West than East. The director performs an exercise of resistance, a progressive, feminist and pro-LGBT rights plea.

And it does so by creating a choral history in the suburbs of ancient Constantinople with a breakneck pace. Actually, the film narrates a single day in that suburban neighborhood, enough to see the rapid Islamization of the country led by Erdogan, in how a simple dance becomes a feminist claim and freedom of women and how the decline in social rights is in tune with neoliberal economic development, in which real estate speculation and vulture funds seek to disinherit more – if possible – a depressed population. On the other hand, the film shows how the country is turning into a social dictatorship, with police helicopters and patrol cars that seem to watch the citizens more than the criminals. 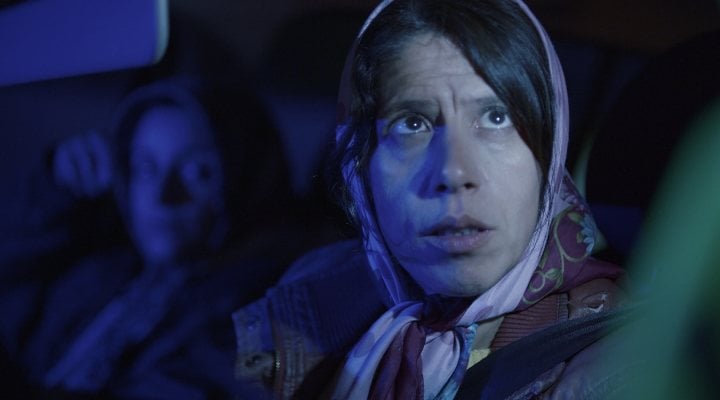 A debut feature by a promising filmmaker

There are many themes and Okay, who also signs the script, seeks to have them present within a spinal column, which is Dilem, the character played by Dilayda Günes. The actress is a whirlwind of actions and emotions, offering an overwhelming performance. Their protest rebellion represents that Turkey of resistance, the one who fights for their rights. It is true that the film has a choral character, but she is the one who leads, as if it were the French Marianne.

Perhaps it will be time to wait for a second feature film for Okyay to delve into one of the many interesting scraps that ‘Ghosts’ has. However, it is a remarkable debut feature, which evokes the beginnings of Alejandro González Iñárritu, with sequences that seem heiresses of ‘Amores perros’. A great debut by a filmmaker whose social commitment places her as one of the great promises of Turkish cinematography.

The best: The scene of partying and singing in the apartment, which shows the union of the rights of women and the LGBT community.

Worst: Its storytelling is chaotic, which will require an extra effort from the audience.