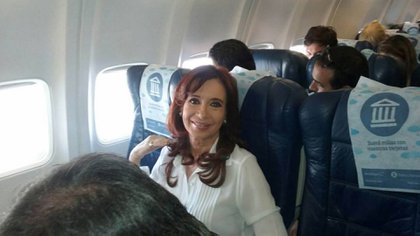 The vice president Cristina Kirchner I travel to El Calafate, Santa Cruz, to visit his granddaughter, Emilia, daughter of Máximo Kirchner. From there, the discussion that will take place in Deputies on the tax on large fortunes, and the progress of the meetings that the IMF delegation will have with different actors of the national government and Congress will continue.

From the environment of the vice president they confirmed to . that it is a family trip. Cristina did not go south since the beginning of the pandemic, in March. His will was to travel the day they were fulfilled 10 years since the death of Néstor Kirchner, as he did every year, but the coronavirus prevented him. Although the domestic planes had begun to fly, those flying to the south of Argentina were not yet enabled.

This trip takes place in the middle of a tense climate within the ruling coalition due to the differences that Kirchnerism has with the management of Alberto Fernández. The President and his running mate have not communicated in person for a month, and internal differences are increasingly being brought to light. 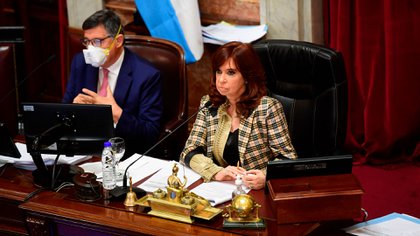 Cristina, Máximo Kirchner and La Cámpora understand that the administration of the Frente de Todos must close an agreement with the International Monetary Fund, but they distrust the Economic Program that the President is trying to articulate together with his Minister of Economy, Martín Guzmán.

That mistrust led to the letter that the Kirchner senators sent yesterday to Kristalina Georgieva, managing director of the IMF, in which they asked the body to “Refrain from demanding or conditioning Argentina’s economic policies for the next few years”, and in which they made a proposal on the refinancing of the debt.

In the nine-page note they indicated that the IMF granted the government of Mauricio Macri a loan without meeting the requirements that the agency has, and they ask that the situation of the pandemic that affects Argentina and more than 150 nations of the world be considered now.

In this context, the Frente de Todos asked that “they refrain from demanding or conditioning Argentina’s economic policies for the next few years.” Regarding the refinancing of the debt, the Frente de Todos proposed “Reconsider interests; waiting period to start the annual payments from 2025 ”. 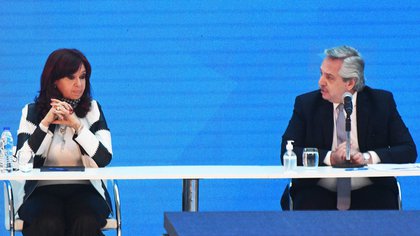 The letter came from the Senate, the stronghold controlled by the vice president, and marked the field in a key week where the IMF delegation will continue with the meetings that it has been having for six days, although from now on they will be in digital form because one of the members of the mission tested positive for coronavirus.

Cristina Kirchner will also carefully follow the alternatives of what happens in Congress from the south, because this week the Justice Commission will meet in the Senate to advance the debate on the Public Ministry Law. And what happens tomorrow in the Chamber of Deputies will continue, where the ruling party will try to impose the project that creates an extraordinary contribution to the great fortunes.

The session, called at 12 o’clock, will also include two projects on environmental issues and the 2021 Budget was added at the last minute, which was under review by the Senate after the ruling party detected the omission of a series of worksheets planned for next year.

Alberto Fernández’s plan to close with the IMF needs the support of CFK, Biden and Juntos por el Cambio