Kim Kardashian’s ex-husband, rapper Kanye West, is already moving in with a new girlfriend, judging by what he looks like. West recently celebrated his 44th birthday in France, and was seen hanging out with supermodel Irina Shayk in the Provence region.

Shayk is famous for being the ex-girlfriend of soccer player Cristiano Ronaldo for many years, and most recently being the ex-wife of actor Bradley Cooper. Cooper and Shayk have a four-year-old daughter, Lea de Seine, and they separated in 2019.

The TMZ site reported that their sources have confirmed that West and Shayk are dating, but it is unclear if the relationship is serious. This is the first time West has been seen in public with another woman since he split from Kim Kardashian.

The most famous of the Kardashians filed for divorce in February 2021 and has said nothing but good things about West in public. She wished her ex-husband a happy birthday on Instagram, writing “Love U for Life!” With a photo of her and West with their children.

How did West and Irina Shayk meet?
Shayk has known West since at least 2010 when he appeared in the music video for his song, “POWER.”

West also talks about Shayk in the lyrics to his song “Christian Dior Denim Flow.” The lyrics say: “I want to see Irina Shayk with Doutzen.” Doutzen Kroes is a Dutch model.

Last April Shayk, who appears in a video for a Marc Anthony and Romeo Santos song, was seen wearing a DMX tribute shirt designed by Balenciaga in collaboration with West.

Shayk is on good terms with Cooper
Similar to West and Kardashian West’s co-parenting relationship, Shayk also gets along well with her ex, Bradley Cooper. However, Shayk doesn’t like the term “co-parenting.” In March 2021, she told Elle magazine, “When I am with my daughter, I am 100 percent mother, and when she is with her father, he is 100 percent her father. Shared parenting is parenthood. “

The model also told the magazine that she does not like to speak publicly about her split from the “A Star Is Born” actor. “My past relationship is something that belongs to me and is private,” Shayk said.

Page Six reported that Cooper and Shayk were seen taking their daughter to Russian lessons together in March 2021. Shayk was the first Russian model to appear on the cover of Sports Illustrated magazine.

Shayk also dated professional soccer player Cristiano Ronaldo. The couple broke up in 2015. Hi! The magazine reported that shortly after the breakup, Shayk potentially criticized Ronaldo by suggesting that he was unfaithful to him. She said, “I love honest men and I love a man who is loyal to women.”

Bradley Cooper & Ex Irina Shayk ReuniteBradley Cooper and Irina Shayk had a reunion! The former couple posed for a snap together at British Vogue’s BAFTAs after party over the weekend and the 45-year-old “Star Is Born” actor was all smiles as they were photographed. The 34-year-old model sizzled in a tan Burberry dress which featured a full coverage bodice and… 2020-02-03T20: 22: 06Z

What does Kim Kardashian West think about West and Shayk?
The Sun reports that a source close to Kardashian West says the mother of four is unfazed by rumors about her ex-husband and Shayk. The source told the Sun that Kardashian West “doesn’t mind at all, no one in her circle seems to care or believe it. Even if it’s true, I doubt she feels upset right now. “

Kardashian West and her ex-husband agreed to joint custody of their four children. As to whether infidelity played a role in the divorce, neither party has said so publicly. A source close to Kardashian West told E: “There were no adventures. Nobody did anything wrong. They separated”.

This is the original version of Heavy 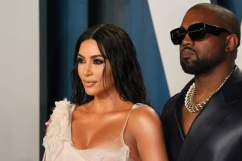 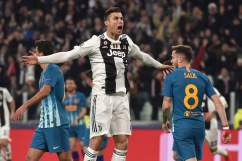