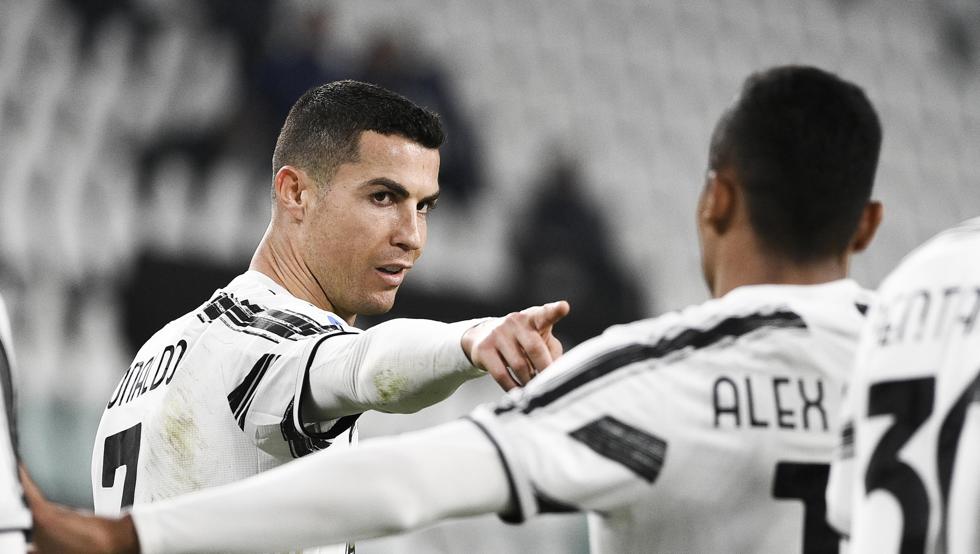 Three games without scoring were a lot for him and bottom crotone was the ideal rival for Cristiano Ronaldo to end his drought with a double that placed Juventus, with a game pending, in third place in Serie A a 8 points from the leader Inter.

Cristiano Ronaldo scored twice with a header and is back in the ‘capocannoniere’ position, with 18, after being beaten on Sunday by Romelu Lukaku (17) with his goal in the Milan-Inter derby (0-3).

A Juve with many casualties

Crotone began resisting a Juventus in the box due to the losses of Bonucci, Chiellini, Cuadrado, Arthur, Dybala and the sanctioned Rabiot, while Morata was on the bench suffering for days from a virus that reduces his physical condition. Under sticks Andrea Pirlo alienated Gianluigi Buffon to rest Wojciech Szczesny.

In the first half hour, only the speed of a Federico Chiesa who, like the rest of the team, found it difficult to find the rhythm of the game and several shots from an Aaron Ramsey with more freedom to join the attack were the main arguments of Juve before that Cristiano decided to sentence the game.

Juve pressed the accelerator in the final stretch of the first half. Alex Cordaz, Crotone goalkeeper, deflected Ramsey’s header to the crossbar after Chiesa’s cross (38 ‘), but on the next play Alex Sandro put in a great cross that Cristiano Ronaldo finished off the net with an impeccable cross header (39’) .

The Portuguese had already opened the can and, freed after being reunited with the goal, went for more. In the 45th minute, he forced the goalkeeper Alex Cordaz to shine by deflecting his whiplash from outside the area near the post, but Ramsey chased the rebound and from the baseline put a cross that Cristiano Ronaldo, coming from behind, headed hard with power.

The bottom does not worry

Giovanni Stroppa’s Crotone came out in the second half ready to look for the goal that would put him back in the game and dominated Juve for a few minutes, but did not complicate the victory at any time.

Cristiano Ronaldo, insatiable, chased the hat trick and the interest was focused on seeing if he would achieve it. His teammates, aware of this, looked again and again for the crack, whom Cordaz avoided the third goal by taking a low shot with his foot (65 ‘).

Instead it was Weston McKennie the author of the 3-0 in a corner after controlling a rebound with his chest and shooting from close to volley (66 ‘). Pirlo entered Álvaro Morata for Dejan Kulusevski with a quarter of an hour from time. On the other hand, he did not ‘dare’ to give rest to Cristiano Ronaldo, who continued looking for the ‘hat trick’ but resisted him as his characteristic gestures of anger made clear.