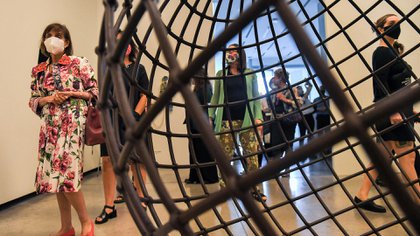 The Proa Foundation reopened its doors to the public with the exhibition Create Worlds, after several months of waiting, with a review of the 24 years of its archive about artists who were present in his space as Marta Minujín, Liliana Porter, Alicia Herrera, Liliana Maresca Y Louise bourgeois, among others, in a new thematic narrative on materiality, space, language and body.

Create Worlds It is presented as a legacy that takes up the emergence of women’s movements, political questions, practices, micropolitics, complaints, discomforts, dissimilar knowledge made visible in our country in the emergence of Ni Una menos in 2015 and the emergence of feminism as an overwhelming force on the public agenda of the West with the MeToo (2017), which leads to a variety of appropriations in the sphere of exhibition spaces.

The Proa Foundation is no stranger to that universe and after a long hiatus of almost eight months it reopened its doors to the public with this exhibition that traces a display in which artists and diverse materialities intersect. 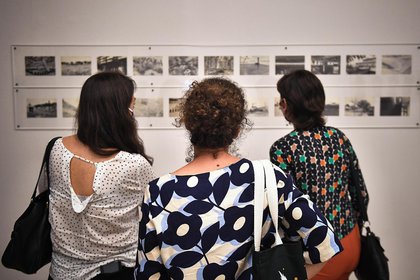 The sample contains works by artists such as Marta Minujin, Liliana Porter, Alicia Herrera, Liliana Maresca and Louise Bourgeois among many others, grouped by themes such as materiality, space, language and body

With the academic advice and curatorial script of the researcher Maria Laura Rosa and curatorship of Cecilia Jaime Y Manuela Otero, Create Worlds It can be visited for free from November 14 to 31, with prior reservation.

The pause of these months encouraged the virtual presence of Proa with courses, conferences and previews of the exhibition scheduled since last year to be released at the end of March, after the Anish kapoor, and that on October 24, the action The Museums Illuminating was launched virtually on Instagram and accompanied by video dance.

“We are very happy. This sample is made up of more than 50 national and international artists and of various generations, it was divided into several rooms and in each one techniques are mixed, there is photography, video, painting and works. It is a very universal, very contemporary sample that offers a very current panorama of what is happening in art at this moment, ”he says. Adriana rosenberg, president of the Proa Foundation.

In this sense, she indicates that the idea for the exhibition, which was to open on March 20, “arises from the entire debate on recovering the history of women” and points out: “As we had more than 200 women along Proa , this exhibition is a selection of some of the works, and a tribute to our history, to women, to the archive ”. 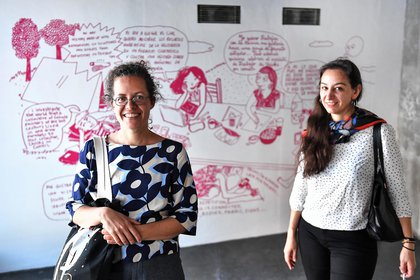 Create Worlds take up the phrase of Donna haraway “What materials do we use to think about other materials, what stories do we tell to tell other stories and what stories make worlds” from the 24 years of the Proa archive and through the artists who passed through its exhibitions, and of the 250, 64 were selected .

In this way, the selected artists reflect on problems associated with the materials and elements of everyday life, the relationship with space, the subtleties of language and the place of the body as a support, material and metaphor.

The exhibition is organized into four well-defined thematic nuclei: materiality, space, language and bodies (which will have an age restriction for access). Accompanying the stair landings is Haraway’s phrase and a plot by Chick on Comics, a comic book collective that he exhibited in late 2016, connecting unknown audiences with each other. 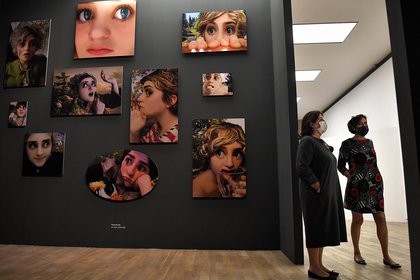 The work of Flavia Da Rin

The tour begins in the room dedicated to materiality with Globe (2007), by the Palestinian-British artist Mona hatoum, in which the categories of art are broadened and “the relationships that artists have historically developed with materials throughout the 20th and 21st centuries are shown, crossing borders and generating this de-hierarchization of the arts between major and minor arts, design , handicrafts, popular arts and different languages, textiles ”, explains Rosa.

The researcher points out that the way in which “women have jumped hierarchies, have broken watertight compartments between high and low culture, textiles, needle art, painting, design” is evidenced and thus works of art are exhibited. Mónica Millán, Mónica Giron, Mariela Scafati, Mini Zuccheri, Delia Cancela, Dalila Puzzovio Y Nicola Costantino that open the game on consumption and clothing, and the gaze on the art market of Alicia Herrero. 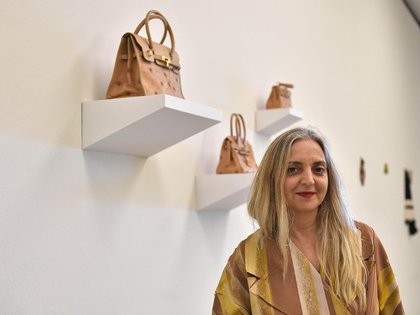 The next room is “an interpretation of space in a broad sense”, which, according to Rosa, implies “a public, private, intimate, emotional, denouncing space” in which one can go through “different interpretations of nature and the landscape ”, And includes works by Ana gallardo and installations by the Hungarian artist Agnes denes (pioneer of environmental art) or photographs about Antarctica from Adriana Lestido.

Between the rooms of space and language, the almost imperceptible transition -if you are not attentive to the details-, proposes drawn silhouettes and brings conceptualizations of Liliana porter with the reconstruction of an experience from 69 of Di Tella, where he reflected on reality, and how time and space operate so that the viewer ends up completing the work.

The room dedicated to language deals with its interpretation “through the visual arts as a political element beyond its symbolic and semiotic value,” says Rosa. Argentina there Sarah grilo -first artist to win the Guggenheim Grant, 1962- in New York begins to work with an artistic, visual sense of the words in street graffiti and integrates them into her work. 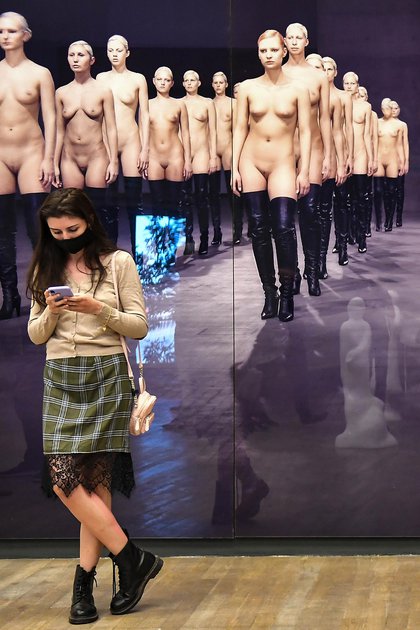 Is also Marta Minujín with its performance Reading the news (1965), which takes the concept “the medium is the message” from Marshall MacLuhan, and dressed in a newspaper suit, she enters the water and the words dissolve. For Rosa it is “a fabulous poetic act” where Minujín puts “the corporality of the message in the body” with “the idea that the news is building our reality and subjectivity”.

Margaret Paksa with his work with fluorescent tubes he wanted to translate the Fibonacci mathematical code into light. Alejandra Seeber with Dialogue bubbles (2010), -for Rosa- this silence dialogues with the video of Shirin Neshat The Last Word (The last word, 2003), where silence is resistance. 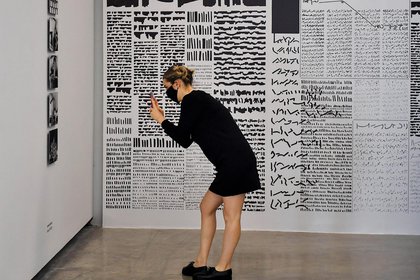 Other artists present are Gachi Hasper, Leonora de Barros, Cecilia Szalkowicz, Inés Drangosch with your concept maps, Julia Mavernat with Textile Gestures (selection of phrases found that are re-signified in a specific context) and Lenora de Barros, and as a continuation of the graphic, but comic book line, the Chick on Comics collective.

On the first floor, the exhibition closes with the core body, related to the interpretations of body politics made by the artists and shows gender performativities, constructions of beauty ideals, criticism of established roles such as motherhood, mode in which identities are constructed, “especially in the work of Ana Mendieta Y Flavia del Rin”Says Rosa.

Other artists also present are Liliana Maresca, Louise Bourgeois and the closing is with a video of Nathalie Djurberg, a work on trafficking, rape and a certain type of racialization and objectification of women.

“Panorama”, the proposal that invites you to visit the art of the country in a week

Our sadness is overdue: on the subject of an exhibition by Luis Felipe Noé