A study has revealed new information on where 75% of the Covid-19 contagions. Closed spaces continue to be the central axis of contagion in this pandemic, although scientists place special emphasis on the fact that these spaces must be properly ventilated.

Now a new study reaffirms what we already knew, that 75% of infections occur indoors they especially don’t have enough ventilation.

This happens in all types of space, be it bars, restaurants, houses, work centers, schools, etc. Thus, such places must be open and comply with certain measures that are key to avoid or reduce Covid-19 infections.

It does not matter that we are 5 meters from people inside an interior space, if it is not well ventilated, we have a greater chance of contracting the virus.

Instead, scientists believe that it is outdoors where there is normally less probability of this contagion, but we are not exempt from it, especially when we are spending time with groups of people talking. Thus, it is recommended to wear a mask, keep distance between people, wash hands, etc.

In neighboring communities there are certain rules to comply with. For this reason, from the beginning of the pandemic, it was recommended to avoid the use of the elevator because it was too closed a place and shared by certain people in the same building. 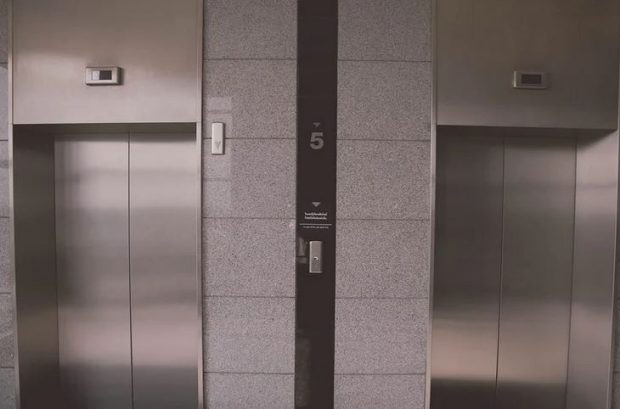 According to this study, Elevators are a major source of coronavirus contagion and it is not given so much importance. They are places with practically no side of ventilation. In this case, the neighborhood communities recommend not sharing an elevator with other neighbors, only with people living together or from the same bubble, and as far as possible do not catch it and go up the stairs.

It is also recommended that the doors remain open to allow air to circulate, but it is difficult as there is no ventilation.

The famous aerosol particles spread and can circulate the coronavirus through the air. It has been explained that such particles can be and remain for three hours in closed places such as in elevators.

According to the Ministry of Health, one of the environments where the greatest transmission of SARS-CoV-2 occurs is closed work environments and activities that involve a greater number of interpersonal contacts.

In addition to personnel from the health and social health sectors, which are those that carry a greater risk of exposure to SARS-CoV-2, certain occupations are more exposed to people and therefore could have a greater risk from Covid-19, such as for example the public transport drivers, vendors, postmen, delivery men, cleaners and people who work in domestic services.

A study in Sweden comparing the risks of different occupations found a 4.8 higher relative risk (95% CI 3.9-6) in taxi drivers compared to other occupations, followed by bus drivers.

From the Ministry and the doctors recommend teleworking for those professionals where it is possible to do so to avoid contact with other people and Covid-19 infections.

Although the healthcare group is more vulnerable due to its greater exposure, the clinical course of the disease in this group is relatively benign. The figures of hospitalization (10.7%), admission to ICU (1.2%) and fatality (0.1%) They correspond to what is expected for the entire population of the same age structure, according to Health.

It is another of the closed places that need more ventilation. To highlight, according to Health, regarding child-child transmission, it can be said that it is less efficient for SARS-CoV-2 than for other respiratory infections such as influenza.

The evidence for this claim derives from school outbreaks where symptomatic cases were detected, which could have underestimated the total number of infected due to not detecting asymptomatic ones.

Thus, in some of these outbreaks in France, Ireland and Finland, sick children did not generate any secondary cases. Similarly, in Singapore no secondary case was identified among the 103 contacts of two preschool and secondary children.

On the contrary, in Israel, in a secondary school, ten days after the reopening of the schools with hygienic security measures, a major outbreak was detected with a rate of 13.2% attack among students and 16.5% among adults.

Regarding child-adult transmission, it seems from the available evidence that children are not the primary transmitters to adults in the school context. So far no secondary adult cases of sick children have been detected in this setting.

In an outbreak in Ireland, none of 102 children exposed to an infected teacher developed the disease, although only those children who reported symptoms were given PCR.