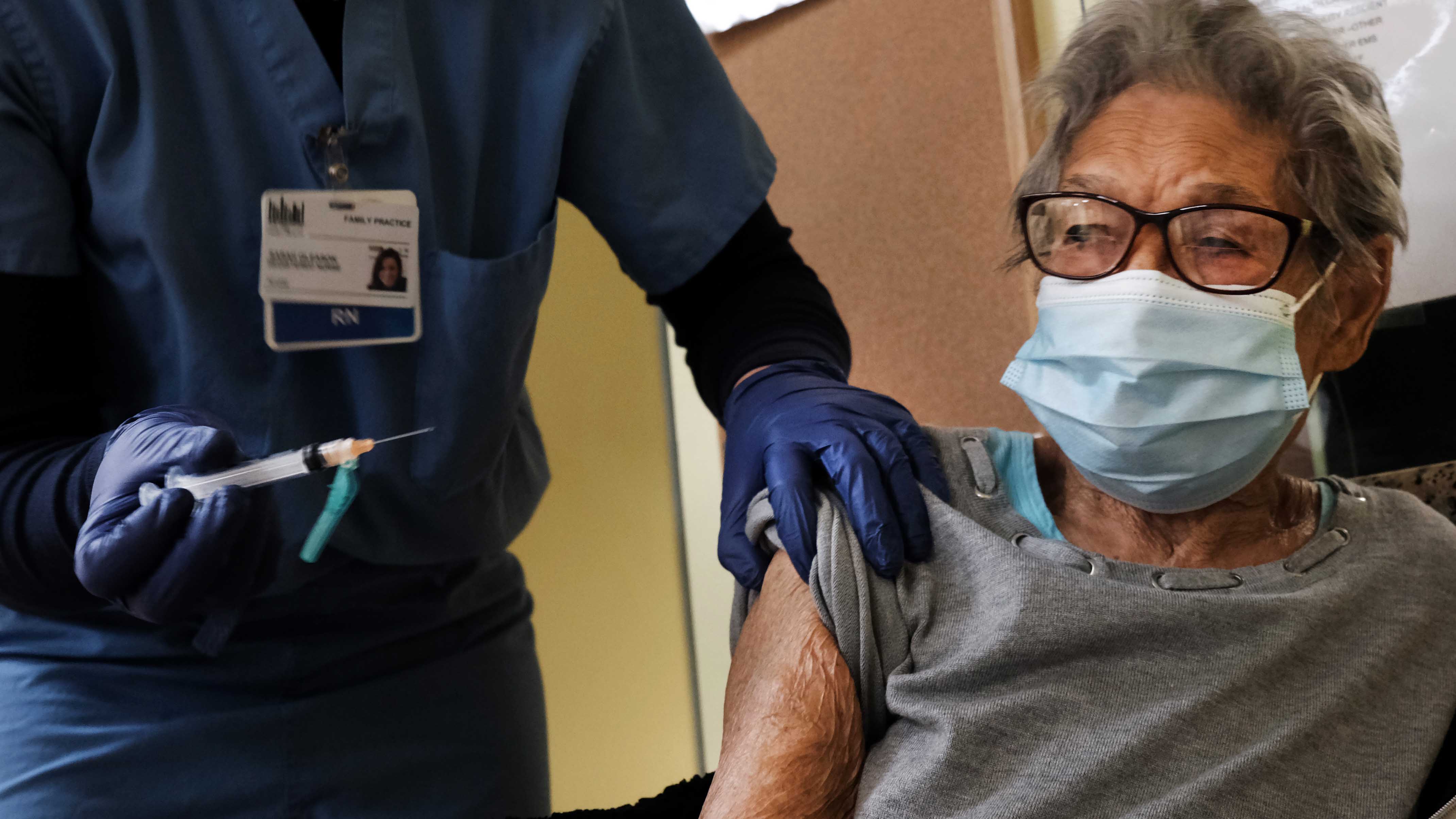 HIALEAH, Florida – Rigoberto Montesinos was so concerned about the side effects of the COVID-19 vaccine that he initially refused to take it. The impact caused by the death of two close friends from complications from the coronavirus made him change his mind.

But when he finally decided to get vaccinated, the veteran Bay of Pigs invasion fighter couldn’t get the doses where he lives, in Hialeah, a city near Miami where 95% of the residents are Hispanic. He managed a shift in Miami Beach, about a 30-minute drive away, but it was canceled without any explanation. After trying for weeks, he finally received the first dose of the vaccine last week.

“At my age and with the worsening virus, I cannot be risking myself,” said the 82-year-old Cuban exile, who participated in the attempt to overthrow Fidel Castro in 1961.

From elderly Cuban-Americans in Florida to farm workers in California, Hispanics face stiff obstacles in receiving COVID-19 vaccines in the United States, creating public health risks as the virus changes and spreads.

Like others who are not of the white race, the more than 60 million Hispanics living in the United States have been disproportionately impacted by the coronavirus, and to be vaccinated they face barriers that include a lack of knowledge about immunization. from state governments without instructions in Spanish, difficulties finding appointments in their communities, and fears of being detained by immigration authorities.

States, cities, and counties are fighting to ensure that people of color, those living in poverty, and other low-income communities are vaccinated, specifically targeting vulnerable areas and working with community groups to register these people.

The woman lost consciousness after being vaccinated. Authorities do not believe his death is related to the vaccine.

In Arizona, where language is a barrier for some Hispanics and English is the only option to register on state websites, an Arizona State University researcher is working on an online campaign in Spanish with the aim of clarifying information about the vaccine.

Hispanics, like other groups, are also frustrated that vaccines are falling short.

Luis Morejon, a 70-year-old nephew of Montesinos, was still looking for a way to get the vaccine in Miami last week. Cancer has reappeared and he also has diabetes, just like his wife.

“We have been hiding in the house for a year,” Morejon said.

An AP-NORC survey of American adults in January showed that nearly half of Hispanics and blacks in the United States are extremely or very concerned that they or their family members may become ill with COVID-19. By comparison, four in 10 white Americans think alike.

The survey showed that Hispanics’ willingness to be inoculated is similar to that of Americans in general. About 65% of Hispanics said they will definitely or probably receive the vaccine when it becomes available to them, or that they have already had at least one of the two doses.

The main US epidemiologist, Dr. Anthony Fauci, spoke about the possibility of delaying the second dose of the coronavirus vaccine.

With a trend of health diseases that include diabetes, obesity and hypertension, Hispanics represent one of the groups at highest risk of contracting COVID-19 and dying from its complications in the United States. And it is not only a problem for them, but also for the health of the rest of the population.

“The virus does not differentiate, we need to vaccinate everyone,” said Gilberto López, a researcher at Arizona State University who is trying to expose misconceptions about the vaccine in the Spanish language.

“Otherwise it will continue to mutate and we will never be able to end it,” he said.

In New York, Doctors Víctor Peralta and Ingrid Félix-Peralta, who are married, vaccinated against COVID-19 last week in a public housing building for the elderly. They did so through the SOMOS network, a group of doctors who provide care to minorities with few resources.

“Hispanics represent a large portion of our workers who are on the front line. They work in supermarkets, restaurants, in the food industry and they work during the day, so they have a hard time finding the time to get vaccinated, “said Peralta, a pediatrician.

Nellie Hernández, a 73-year-old Puerto Rican, said that after surviving throat cancer and watching friends die from COVID-19, she is relieved to have received a second dose of the vaccine from Dr. Peralta.

“Now I go out and run my errands and I feel a little calmer,” she said.

There are Hispanics without authorization to live in the United States who fear deportation if they are to be vaccinated, even though the Department of Homeland Security recently said that vaccination centers are not part of the network of places where people can be detained.

“We know that our patients do not always give us their correct address and phone number,” Peralta said, referring to the people who come to his pediatric center.

In addition to the fear of deportation, education can be a problem.

Activists advocating for farmworker rights in Lake Worth, Florida, say some migrants cannot read or write any language and many do not have a car or driver’s license.

The Guatemalan-Maya Center in the area has started a list of workers who want to be vaccinated and has offered its offices as a possible vaccination site, said Mariana Blanco, deputy director of the center.

It’s important to consider demographics when it comes to creating vaccination centers, says Tomás León, vice president of the Arizona-based Equality Health Foundation. León assured that states must collect information on the race and ethnicity of those who are vaccinated to ensure equitable access.

“Many Hispanics suffer from the coronavirus and are more likely to suffer greater problems,” he said.

Many vaccination centers are far from underserved and high-risk communities, León added. You must go to the centers by car since the vaccination service is often carried out with patients in the car.

Community groups can access Hispanics in areas seriously affected by COVID-19 such as Yuma County, Arizona, where Latinos represent two-thirds of those affected by the virus.

“As efforts to distribute the COVID-19 vaccine continue, the acceptance and trust of Hispanics will be crucial,” said León.

In South Florida, representatives from Jackson Health System said that nearly half of the 65,000 seniors who vaccinated through early February identified themselves as Hispanic.

The hospital system has partnered with 55 churches, temples and community organizations to focus on helping the elderly in areas where minorities and low-income people live. Many of them have difficulty using the technology needed to register and receive the vaccine.

“I think people feel more comfortable, especially older people, in person, asking someone they can talk to with their questions,” Barrios said.

Plan your vaccine:
Get to know Telemundo’s digital tool to schedule your immunization against COVID-19. Press here.