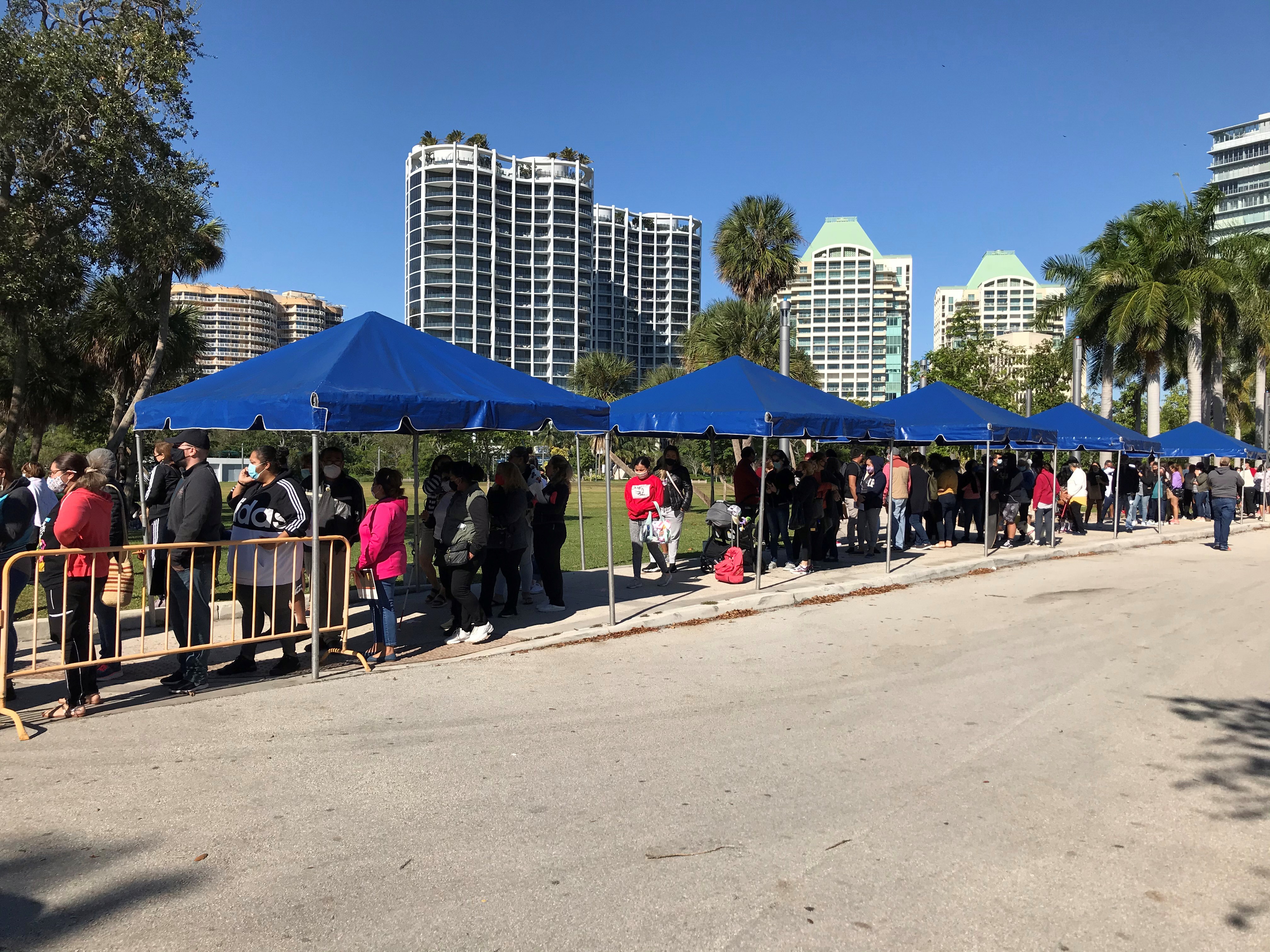 The mayor of Miami-Dade, Daniella Levine Cava, and the mayors of two cities in that county on Saturday urged the federal government and the US Congress to approve “as soon as possible” a new economic stimulus package given the serious social situation in the South Florida due to the COVID-19 pandemic.

“Now we need help more than ever,” said Levine Cava, who indicated that the one received before was a “lifesaver”, but it has already sold out and, according to statistical data, Miami-Dade, with almost 3 million inhabitants, of which almost 70% are Hispanic, it is the metropolitan area with the greatest food insecurity in the entire country.

Negotiations for a second economic stimulus package are advancing in Congress, but this time the bipartisan plan would not include personal checks for $ 1,200 like the first, according to media outlets.

“Tens of thousands of people in Miami-Dade County are literally at a critical point trying to get ahead,” the mayor stressed.

Levine Cava, who suffers from COVID-19 and is in quarantine, appeared virtually at a press conference that mayors Francis Suárez, of the city of Miami, and Dan Gelber, of Miami Beach, held in person at a point where food was distributed free.

With a long line of people waiting to receive food aid as a backdrop, Gelber stressed that “it is not their fault” they do not have money to feed their families, as they were left without work due to the tourist paralysis derived from COVID -19, from which more than a million people have already been infected in Florida and about 19,000 have died.

Gelber pointed out that Miami Beach is a city focused on hotels and restaurants, which are the sectors most affected by the pandemic, and people do not have with what to pay the rent of their houses, nor the basic products, nor the bills of the public services.

To this argument Levine Cava added that helping these people is also “helping the economy” of South Florida.

Francis Suárez, vice president of the US mayors association, urged municipal authorities throughout the country to work together and “without partisanship” to provide solutions to the people.

He stressed that the resources available to the municipal governments are insufficient for the great existing need and federal aid is required.

According to estimates by Feeding America, a food-focused non-governmental organization, as a result of the loss of jobs and income due to the COVID-19 crisis, the rate of food insecurity in Miami-Dade has exceeded 17%.

In addition, in Miami-Dade County there are almost 6,500 eviction petitions pending execution, according to official figures. These were presented between March and November, when due to a special provision for COVID-19, tenants who could not pay their rent could not be evicted from rental housing.

Now you can be evicted and there are also utility companies, such as Florida Power and Light, which have resumed power cuts to defaulters with bills.

According to FPL figures, as of October, when disconnections began again, there were more than 30,000 customers in the state who owed bills for three months or more, and 40,000 owed two months or more.