With the start of vaccination campaigns in different countries of the world, the objective pursued by all governments is exactly the same: to achieve the desired group immunity, also known as herd immunity. According to the scientists, mass immunity will be achieved when at least 70% of the population is vaccinated. But when will that moment come? According to him Johns Hopkins University expert, group immunity will be a reality much sooner than we think: in April 2021.

What is group immunity?

In simple terms, it is about a large number of people developing antibodies in such a way that act as a firewall, preventing the virus from reaching those who are not protected.

In March 2020, when the Covid-19 pandemic broke out, the United Kingdom opted for a strategy that was less risky. While the rest of the countries of the world imposed house confinements and canceled mass events, the Government of Boris Johnson did just the opposite. Did not enter any social distancing measure with the aim of creating group immunity.

Herd immunity can be achieved in two ways. On the one hand, in a natural way, causing people to become infected and develop antibodies to SARS-CoV-2. And, on the other hand, through vaccination.

The Boris Johnson government wanted between 60 and 80 percent of the low-risk population to continue to lead normal lives and become infected with coronavirus. However, the strategy did not last long because cases began to increase uncontrollably.

Experts consider that trying to seek herd immunity letting people get infected, without an effective vaccine and without data on how long the antibodies stay in the body, was a very risky plan.

Marty Makary, professor and surgeon at Johns Hopkins University, published an opinion article in the ‘Wall Street Journal’ on Friday in which he is convinced that herd immunity will arrive in April 2021, in just over a month.

As he indicates, this is not a random prediction, but rather based on mathematical data and extracted from the laboratory. In addition, he assures that he has had conversations with experts and that he has observed firsthand how difficult the tests have been, especially for the poor. 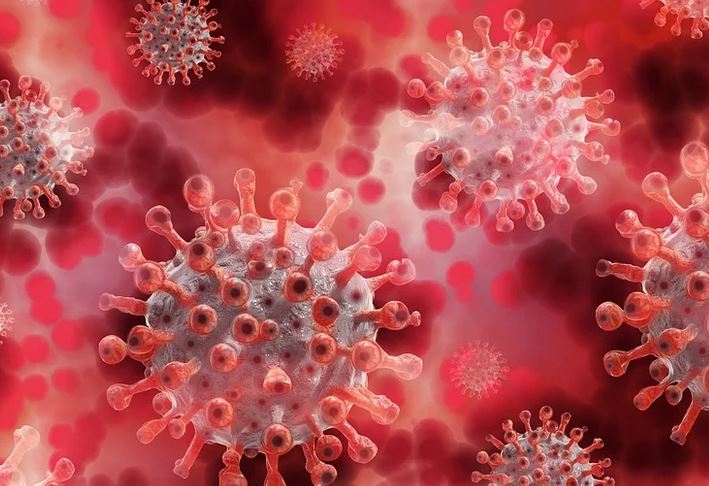 However, he acknowledges that his prediction does not have the approval of a large part of the scientific community. He points out that many experts, scientists, politicians and journalists alike, treat herd immunity as a taboo subject. He thinks it is because the term has a series of political connotations as some point out that in the United States the coronavirus was allowed to spread to achieve herd immunity naturally.

The Johns Hopkins University expert indicates that many doctors agree with his prognosis, but have asked him not to talk about the herd immunitya publicly because people could relax measures and even reject the vaccine.

How will group immunity be achieved so soon according to the expert?

In the article he reflects that very few people have realized that coronavirus cases have dropped 77% in the last six weeks. This is because natural immunity to a previous infection is much more common than the test results indicate. And he ensures that the tests have barely registered between 10 and 25 percent of Covid-19 infections.

And he gives as an example the case of the United States, one of the countries most affected by the coronavirus globally. Marty Makary points out that little by little the country is moving towards a very low level of contagion since there are fewer and fewer people who can become infected.

He is convinced that in April 2021 Covid-19 will have practically disappeared and Americans will be able to resume their normal lives. In his opinion this will be possible because since January 8 there has been a rapid and constant decrease in cases.

And the article ends by explaining that for months he has argued that it would be possible to save more lives if people who have already passed the coronavirus gave up the vaccine until all elderly received their first dose. Several studies have shown that natural immunity should protect those who have overcome Covid-19 until more vaccines are available.