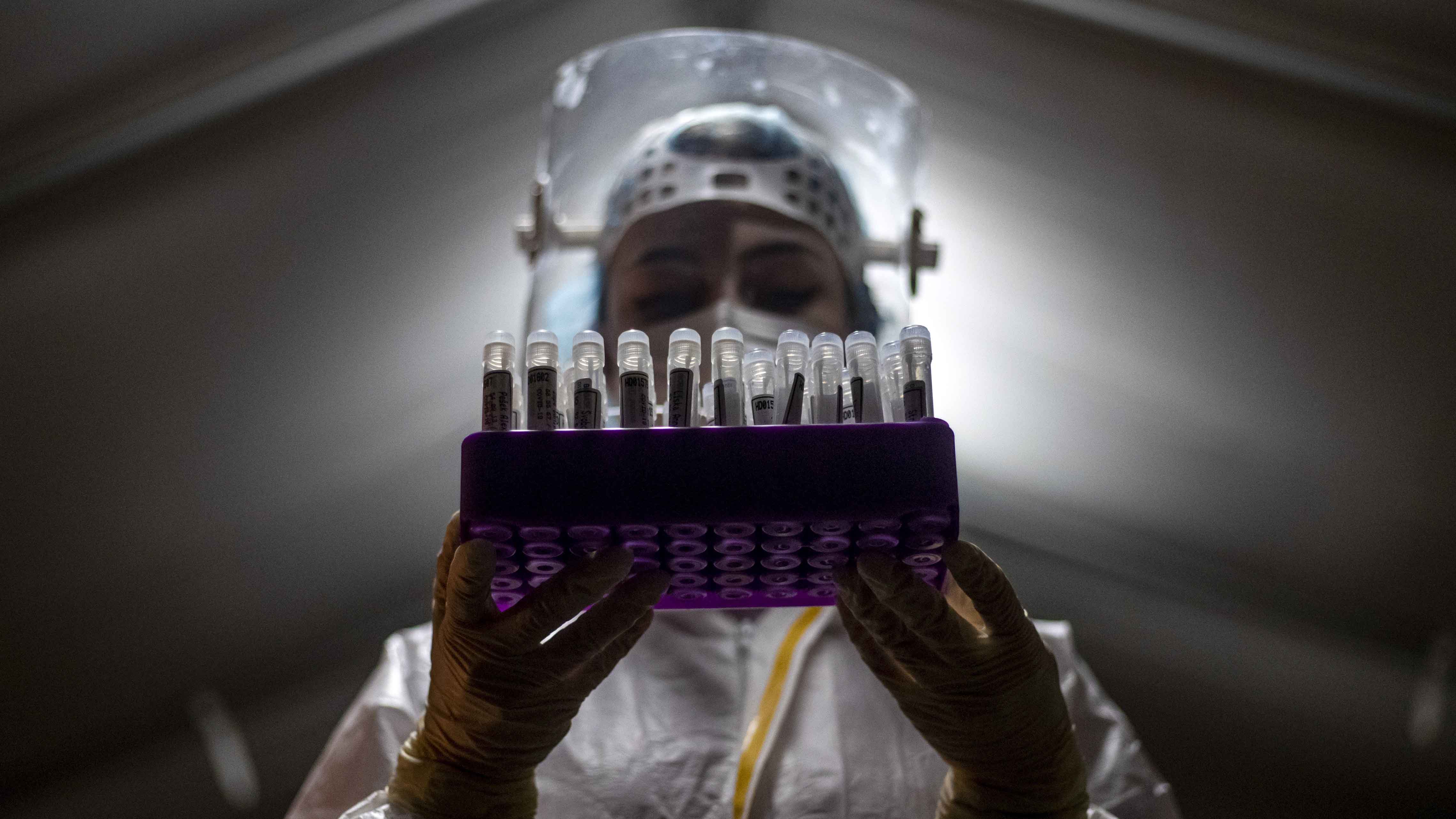 MOSCOW, Russia – Russian researchers identified a genetic predisposition that could lead to severe COVID-19, for which, using machine learning techniques, they studied the interconnection between the HLA-I genotype and the severity of the disease.

The team built a model that makes a comprehensive assessment of the potential potency of the immune response of T cells to SARS-Cov-2 and validated it by analyzing genotypes from patients in Moscow and in a sample of patients from Madrid, Spain.

T-cell immunity is one of the key mechanisms used by the body against viral infections. The starting point for the development of cellular immunity is the presentation of virus peptides on the surface of infected cells. This is followed by the activation of T lymphocytes, which begin to eliminate infected cells.

The ability to successfully present the virus’ peptides is determined, to a large extent, by genetics, according to a statement from the HSE.

In human cells, the human leukocyte antigen class I (HLA-I) molecules are responsible for this presentation and the set of six of these molecules, which is unique in each human being, is inherited from the parents.

The Centers for Disease Control and Prevention (CDC) issued a list of the most common ailments that a person could feel after receiving the vaccine.

If the set of alleles (alternative forms of a gene and whose expression determines certain characteristics) detects the virus well, the immune cells will quickly recognize and destroy the infected cells; if a person has “a set that is poor at detection, a more severe case of the disease is more likely to be seen.”

The team studied the interconnection between the HLA-I genotype and the severity of covid-19, for which, using machine learning, they built a model that provides a comprehensive assessment of the potential potency of the immune response of T cells to the coronavirus

Individuals who had the set of HLA-I alleles that allow efficient presentation of SARS-CoV-2 peptides received a low risk score, while those with a lower presentation ability had a higher risk score (in the range of 0 to 100).

To validate the model, the genotypes of more than 100 patients who had suffered COVID-19 and of more than 400 healthy people were analyzed, as a control group.

The researchers noted that the modeled risk score is very effective in predicting the severity of COVID-19.

In addition to analyzing the Moscow population, the researchers used their model in a sample of patients from Madrid and “the high precision of the prediction was confirmed in it as well.

The risk score of patients with severe COVID-19 was “significantly higher than in patients with moderate and mild cases of the disease.”

In addition to the correlations discovered between genotype and disease severity, the proposed approach also helps to assess how a given COVID-19 mutation may affect the development of T-cell immunity against the virus.

Thus, “we will be able to detect groups of patients in which infection with new strains of SARS-CoV-2 can lead to more severe forms of the disease,” said Alexander Tonevitsky of the HSE.