. – From Washington state to Florida, from California to Massachusetts, facilities are opening to help the growing number of people suffering from Covid-19 symptoms many months after their diagnosis.

With just over a year after the pandemic, it is unclear how many covid-19 patients develop what is called long-term covid or prolonged covid. A recent study that mainly included people who had mild cases found that 30% reported symptoms up to nine months after contracting the virus. Other studies have found a higher percentage.

And almost every day that doctors work with these covid patients bring new revelations about the syndrome, which manifests itself in a wide range of symptoms in patients of all ages and from all pre-coronavirus health states.

“Now we realize that it goes way beyond the standard postviral syndrome,” said Dr. William Li, an Internal Medicine physician and founder of the Angiogenesis Foundation, a nonprofit organization that focuses on the role of blood vessels. blood in disease.

These symptoms can last for nine months. And we are moving on to a year, we are still seeing new symptoms develop, “said Li, a vascular biologist who has been researching COVID-19 for almost a year.

The more than 100 symptoms reported by patients include fatigue, headaches, mental confusion and memory loss, gastrointestinal problems, muscle aches and heart palpitations. Some have even developed diabetes.

“I am so shocked by what happens every day,” said Dayna McCarthy, who treats long-term covid patients at Mount Sinai Hospital in New York. Hear a long list of symptoms, including mental confusion, rapid heart rate, and irregular blood pressure.

Mount Sinai was the first hospital in the US to open a unit for long-term covid patients when it launched its Postcovid Care Center in May.

The center has treated more than 1,600 patients and there is a one-month wait for appointments because the demand is so high.

The Piedmont Pulmonary Covid Recovery Clinic in Atlanta opened in November and has already had about 600 referrals, said Dr. Jermaine Jackson, medical director.

“We are learning more and more about this virus every day,” he said. “I like to say that we are building the plane while we fly it, or we are putting the wheels on while driving the car.

It is not just the people who were seriously ill and hospitalized with the virus who are still suffering months after falling ill.

“New or prolonged symptoms can occur beyond four to six months among COVID-19 patients, regardless of the severity of the acute SARS-CoV-2 infection,” said Alfonso Hernández-Romieu of the CDC, during a webinar for physicians in January.

Doctors and therapists say they are treating people of all ages and those who were extremely healthy before having COVID-19, including marathon runners, athletes, and trainers.

Before dying he documented his symptoms of covid-19 1:31

Is a second health crisis looming?

A study in Wuhan, China – the site of the first outbreak – found that 76% of patients hospitalized for COVID-19 still experienced symptoms six months after they began.

Researchers who followed people infected with the coronavirus for up to nine months – the longest follow-up to date – found that 30% still reported symptoms, and more than that reported a poorer quality of life than before contracting the virus, according to an investigative letter published Friday.

Most of the people followed (150 out of 177) had a “mild” illness and had not been hospitalized.

With more than 110 million cases worldwide, and more than 28 million in the United States, “this could be a second pandemic looming, born out of the first crisis,” Li said.

The researchers in the nine-month follow-up study wrote that “even a small incidence of long-term disability could have huge consequences for health and the economy.”

Currently, there is no specific treatment for long-term covid. For now, doctors are focusing on treatment based on the symptoms reported by each individual patient, especially since patients have different symptoms.

Doctors are treating the symptoms of those with long-term covid by giving them diagnoses that match the signs, such as encephalomyelitis / chronic fatigue syndrome (ME / CFS) for one of the most common ailments, debilitating fatigue.

The Atlanta clinic refers patients who have symptoms outside of their specialty to other specialists, said Jackson, a pulmonologist.

It is “an evolutionary process,” he said. 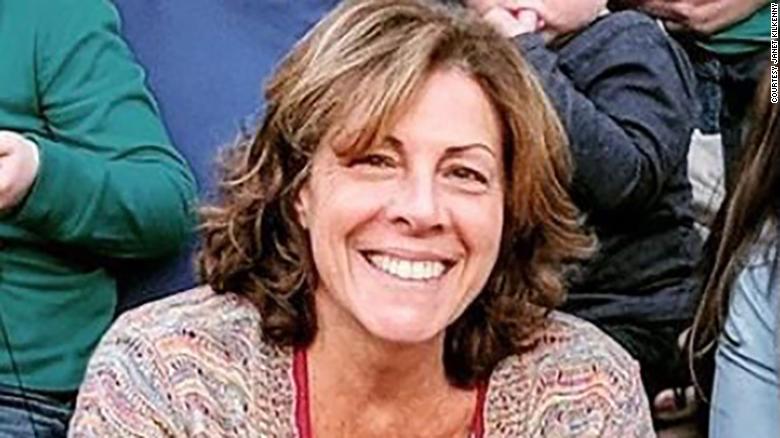 Janet Kilkenny said she has been unable to work for more than six months due to her debilitating COVID-19 symptoms.

At least doctors now know that prolonged covid is a real thing. Some patients, like Janet Kilkenny, say they had doctors who simply ignored their symptoms and didn’t really believe what they were saying in the early months of the pandemic.

Kilkenny, 62, was working as an occupational therapist in a nursing home when he contracted the virus in April. Although she was not hospitalized, months later she had trouble breathing and was unable to work for a full week.

“I took some time off, at least one day a week, and I literally came home from work and was lying on the couch crying,” she said.

Scans in June showed her lungs were scarred and partially collapsed, she said, and a cardiologist found fluid around her heart.

In July, Kilkenny said he took a short-term disability leave. He hasn’t worked since. She and her husband sold their house and moved in with their daughter.

Last month, the US Centers for Disease Control and Prevention held a webinar to help clinicians identify the signs and symptoms of long-term covid and learn how these patients are treated.

Finding support groups on the Internet

Some patients say that the long-term covid care centers and the doctors they have seen have not really been beneficial.

“For the most part, primary care physicians, cardiologists, neurologists, and even covid recovery clinics established in major medical centers have not helped me, in addition to helping me rule out organ damage or run easy tests for detect disease, “Christine Jamieson told CNN in an email.

She was diagnosed with Covid-19 in late June. 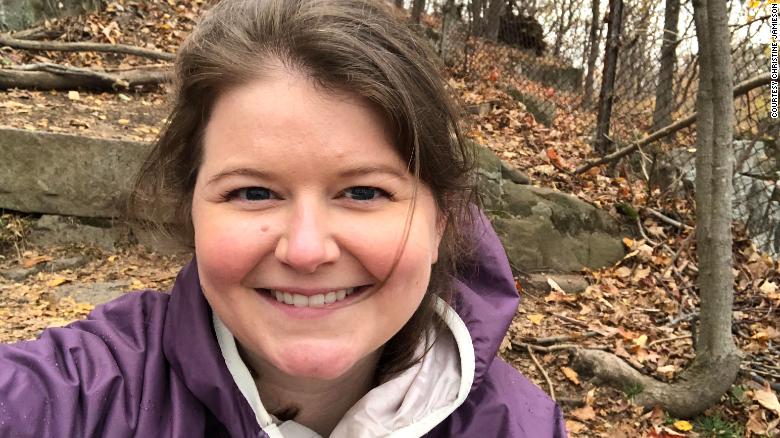 Christine Jamieson suffers from a number of symptoms, including debilitating fatigue, a typical symptom of prolonged covid.

“Eight months later, I still cannot return to work and have had very few days without severe fatigue,” said Jamieson. “I have more than 30 symptoms in various body systems that make daily life almost impossible. I have seen more than 20 doctors, I have undergone hundreds of laboratory and other medical tests, and I have tried more than 50 medications.

Still, he said, he has an “incredible care team.”

“I am fortunate to have the resources to see one of the few chronic fatigue specialists in America,” said Jamieson. “I’m also seeing an amazing speech therapist who helps me navigate life with my cognitive challenges,” a common problem for long-term covid sufferers, which the therapist compared to concussion patients, Jamieson said.

Jamieson and others have also found help and support through online groups like Survivor Corps, founded by Diana Berrent, who says she contracted the virus in March. The group now has more than 150,000 members.

Berrent herself has suffered from covid for a long time, having a “total symptomatic relapse during the summer.” She went to the Mount Sinai Covid Care Center and to gastrointestinal doctors and “all kinds of neurologists” due to excruciating headaches and deep inner ear pain. 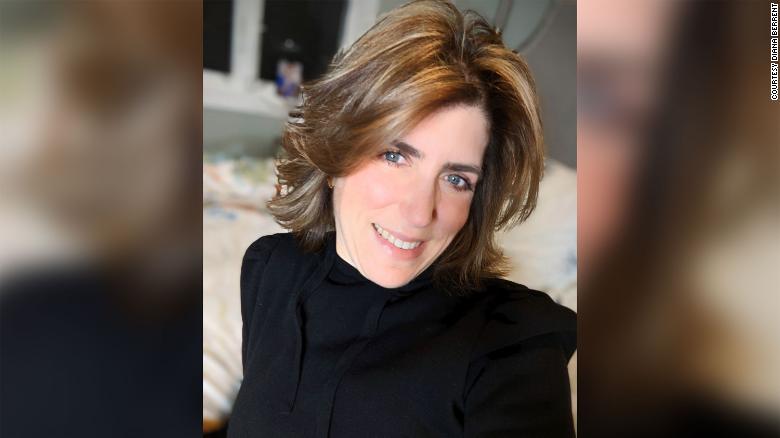 Groups like Survivor Corps are not only beneficial for those with long-term covid, but also for researchers and doctors who listen to their members, Li said.

Li met Berrent when the two were guests on CNN’s Cuomo Prime Time, and the two began exchanging notes. Berrent told him what his group was seeing among the Survivor Corps survivors and shared the research they were doing.

Li joined the Survivor Corps medical advisory board “because I wanted to understand this further.”

“For the first time in medical history, patients present their symptoms of a new disease to doctors to teach them what is really happening with a new disease,” Li said.

“And that’s really important in today’s connected digital world, where patients can come together, organize and then present their findings to clinicians, and then clinicians can go back to the tools in our toolbox.”