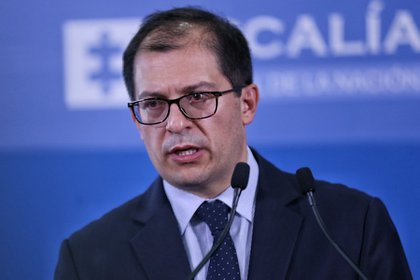 The Fifth Section of the State Council announced this Thursday that it would uphold the election of the attorney general, Francisco Barbosa, after denying a lawsuit in which it was argued that after the departure of Néstor Humberto Martínez from office in May 2019, Barbosa’s period was institutional, so it had to go until August 2020. With the decision of the high court, the term of the attorney general will continue until February 2023.

“As it has already been demonstrated, none of these hypotheses are present in this debate, it is worth noting that even the argument presented does not generate real reasons for doubt regarding the forcefulness of the grounds on which the conclusion that the period of the attorney general of the nation is based It is personal and not institutional as is the claim of the plaintiffs”, Said the Fifth Section, according to Semana Magazine.

The lawsuit that was filed by the students of the National University, Gina Paola Ávila Sierra and René Mateus Forero, indicated that the terms of senior State officials are institutional, so if a prosecutor did not end his term in office, whoever preceded him should end the term of his predecessor, in that case that of former attorney general Néstor Humberto Martínez, who lasted almost three years in the post.

In this sense, the young people pointed out that therefore the election of Barbosa would be violating Article 125 of the Political Constitution of Colombia, which states that “those who are appointed or elected to occupy such positions, in replacement for absolute lack of their incumbent, they will do so for the rest of the period for which he was elected ”.

However, article 249 of the Magna Carta indicates that the attorney general of the nation is elected for a period of four years by the Supreme Court of Justice “of shortlist sent by the President of the Republic and may not be re-elected”.

In this way, the Government body ruled that the election of the Barbosa prosecutor had fully adjusted to the regulations of Colombian law, so As there are no irregularities, the period of time in which the official would remain in office is kept at four years.

“With a presentation by Judge Lucy Jeannette Bermúdez, the Chamber warned that in this case none of the circumstances that, according to the Constitutional Court, made it possible to depart from the set precedent, were not fulfilled, since there was no change in legislation, nor were the situations of economic, political or social nature, nor the thesis in force so far and that is being confirmed is contrary to the principles, values ​​and political objectives ”, indicated the Council of State.

The same legal discussion arose in the Council of State in 2013, as explained by the newspaper El Espectador, when the high court admitted a lawsuit in which it was argued that the period of then prosecutor Eduardo Montealegre should be institutional, after his arrival at the charge after the departure of Viviane Morales. However, the high court also established in that case that the position was personal, so Montealegre would have to remain there for four years from its possession.