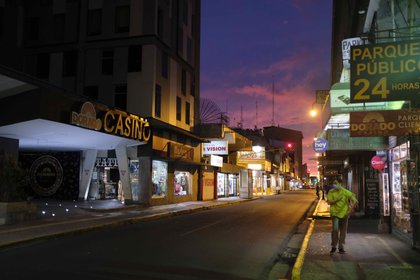 San José, Nov 18. . .- Costa Rica’s public finances continue to deteriorate and will close 2020 with a deficit of at least 9.2% of the Gross Domestic Product (GDP), according to the latest projections, while the search for solutions advances step by step slow in a dialogue process promoted by the Government.
In October, the fiscal deficit reached a cumulative 7.17% of GDP, of which 4.22 percentage points correspond to debt payments and 2.95 points to the primary deficit.
“The closing to October 2020, reaffirms the financial projection of a deficit of 9.2% of GDP and they predict that if we continue with efforts to contain and reduce spending, there will be a greater possibility of closing with a figure lower than the projected “, declared the minister of Property, Elian Villegas.
The hit of the covid-19 pandemic is observed in revenues, since in the accumulated to October they have fallen 12%, which is equivalent to 1.32% of GDP.
The fall reported by tax revenues as of October 2020 is the largest in the last 13 years and exceeds that registered from January to October 2009, when it was 8.14%, as a result of the global economic crisis that occurred that year. , according to the Ministry of Finance.
The debt is estimated to close 2020 at around 70% of GDP.
A DIALOGUE TABLE THAT ADVANCES AT A SLOW STEPS
Social protests and the lack of political support forced the Government to withdraw from public discussion, at the beginning of last October, a proposal to negotiate with the International Monetary Fund (IMF) a loan for 1.75 billion dollars to stabilize finances.
This credit was accompanied by initiatives to cut public spending, raise taxes and sell state assets.
Faced with the rejection, the Government convened a dialogue table that has already been in session for 10 sessions with slow progress in the search for solutions to the country’s economic problems.
The president of Costa Rica, Carlos Alvarado, has said that the country has time to find solutions to avoid a crisis of greater proportions.
This Wednesday the multisectoral dialogue table began the discussion of the substantive issues in terms of public income and expenditure.
The table will continue its discussions this week and for Saturday it plans to refine the proposals related to economic reactivation, decent employment and the fight against poverty.
This dialogue table has been rejected by some union sectors and by the so-called “National Rescue Movement”, which last October organized protests and roadblocks that had episodes of violence with clashes with the police.
These protests were made to reject the government’s intention to negotiate an agreement with the IMF.
This Wednesday the “National Rescue Movement”, led by former deputies Célimo Guido and Óscar Campos, demonstrated in front of Congress to express their rejection of initiatives that seek to cut public spending and also to reaffirm their rejection of the government’s economic policies.
SLIGHT IMPROVEMENT OF THE ECONOMY
State finances continue to deteriorate but recently the economy has shown some signs of recovery.
According to the most recent report from the Central Bank of Costa Rica, the economic contraction for 2020 will moderate to 4.5%, half a point below the 5% that had been forecast in half a year.
This update of the projections also indicates that by 2021 Costa Rica will grow 2.6%, that is, 0.3 points more than the previous forecast.
The Central Bank warned that “slightly better than expected economic performance should not cloud the deep economic and social dimension of the crisis we are going through: the economic contraction in 2020 will be the second largest since 1950.”
Douglas Marin