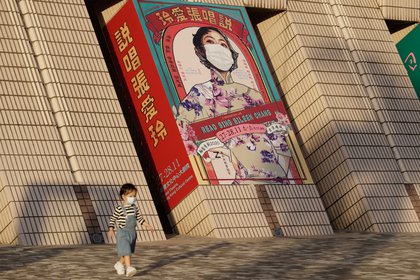 The Hong Kong authorities will deliver a single amount of 540 euros to any citizen who tests positive for coronavirus, in a new measure adopted to encourage the population to undergo the tests, as explained this Sunday by the Secretary of Health of the territory, Sophia Chan.

While waiting for the Labor and Social Welfare Office to announce more details, Chan has advanced this measure in an interview with the RTHK chain, before confirming the preparations for the opening of five new test centers in the territory, which will be added to the four already operational.

Likewise, Chan has confirmed the entry into force of an unprecedented measure so far: the imposition of mandatory tests on different population groups, starting with those attending any of the 14 dance clubs linked to the recent appearance of an outbreak of 32 cases.

The government will shortly announce more mandatory tests for high-risk groups, including taxi drivers and nursing home workers, as well as people with symptoms.

Given the situation, the authorities have postponed this Saturday and for two weeks the entry into force of the so-called “travel bubble” between Hong Kong and Singapore that allowed, in principle, a movement with few difficulties between both places.

The territory reported 43 new cases on Saturday, the highest figure in three months, including 13 cases of local transmission whose source has not been identified, although it is feared that it is one of the aforementioned “supercontamination events.”