This Sunday, February 21, they registered 180,107 cumulative deaths from COVID-19. However, in the last 24 hours there were 310 deaths to national statistics.

Gabriela Nucamendi Cervantes, director of the Epidemiological Surveillance of Noncommunicable Diseases, reported that it is estimated that 53,409 (2%) patients had symptoms in the last 14 days, which represents people who potentially contribute to the transmission of the virus. 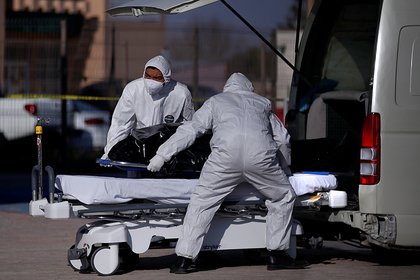 From week 5 to 6 of 2021 there was a 26% decrease in estimated cases (sum of confirmed and suspected infections) nationwide, accounting for 2,236,606 until this sunday. Likewise, 1,595,320 people recovered from the disease were reported.

In addition to this, he stressed that the number of estimated active infections has already been exceeded by the number of people who received the complete coronavirus vaccination scheme (453,055).

Map of the coronavirus in Mexico February 21: Guanajuato is already the third state with the most active infections behind CDMX and Edomex With 83,037 vaccinations, CDMX covered 100% of the elderly in three municipalities First Sputnik V vaccines will be taken to adults in marginalized areas and with high mortality