The afternoon of this Friday, February 19, 2021, from the National Palace, the health authorities reported the existence of 857 new deaths caused by the COVID-19 disease in the last 24 hours. With this, a total of 178,965 deaths since the start of the health emergency. This week the figure was 9%, that is, it increased one point compared to the previous period.

However, there are also 1,584,704 people who have recovered and obtained medical discharge after taking the symptoms. In addition to 418,931 cases in which men and women have received the complete scheme of immunization against the SARS-CoV-2 virus in the country. 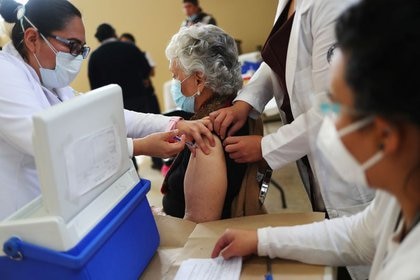 Archive image. Health workers administer a dose of the COVID-19 vaccine from the pharmaceutical company AstraZeneca to an elderly woman at a nursing home in Mexico City, Mexico. February 17, 2021. REUTERS / Henry Romero

In addition, on the sixth day of epidemiological week number five, the existence of 2,226,306 estimated cases. On the other hand, 56,123 people (3%) have had symptoms in the last 14 daysTherefore, they are considered active cases and can contribute to the spread of the SARS-CoV-2 virus among the rest of the population.

Regarding hospital saturation, Dr. Ana Lucía de la Garza Barroso, Director of Epidemiological Operations Research, reported that 36% of the general beds nationwide are occupied. With this, the figure decreased one point compared to yesterday. In that sense, of the 31,549 beds without assisted breathing support, 11,502 are in use and 20,047 are available. Additionally, no state reported general bed occupancy above 70%. 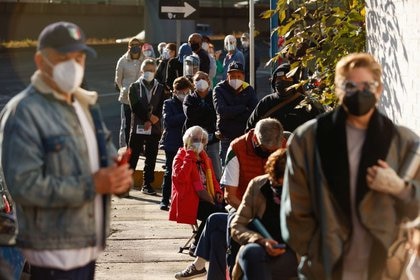 On the other hand, in beds equipped with ventilation support, that is, for the care of intensive therapy patients, it was announced that the national occupation is at 38%. The registered figure is two points below the referenced on the previous day. In fact, Of the 11,534 ventilator beds in Mexico, 4,407 are occupied and 7,127 are available.

Also, three states reported an occupancy ranging from 69 to 50 percent and 29 entities have less than 50% occupancy in beds equipped with a fan. No entity is above 70% and Colima joined the states with the lowest hospital occupancy with 49 percent.