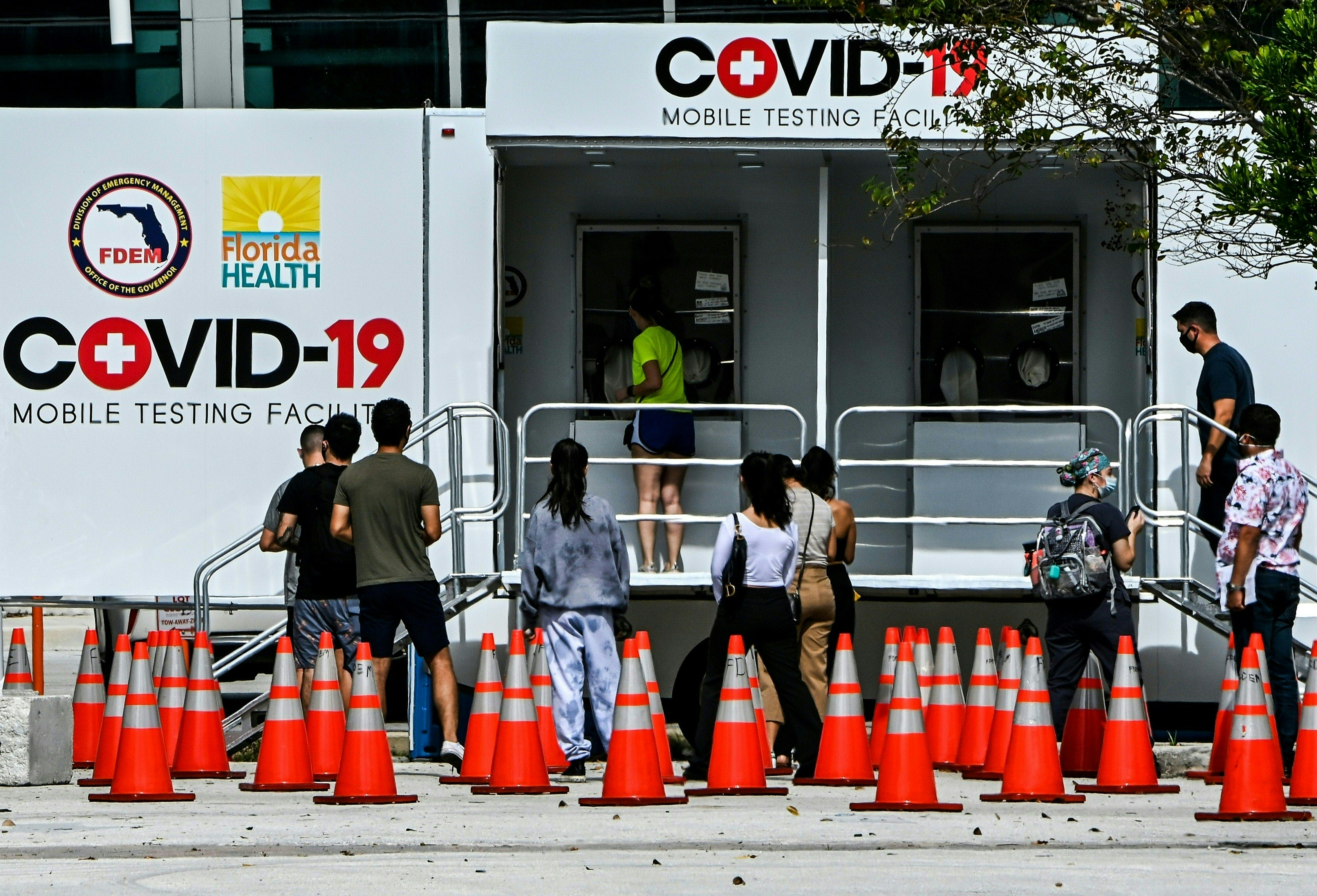 Coronavirus cases in Florida reached 897,323 on Tuesday after reporting 7,459 new positives and 85 additional deaths of residents in the state, the Health Department reported.

In Miami-Dade and Broward counties, the number of infections has already passed 300,000.

In total, the results of 94,738 tests were reported with a positivity rate of 8.64 percent, the second highest in the last two weeks.

Additionally, Palm Beach County has had 59,154 positive cases, while Monroe accumulates 2,854. A total of 52,329 people have been hospitalized in the state during this outbreak, which is not to say that all are hospitalized at this time.

President Donald Trump said the United States government would not deliver a coronavirus vaccine to New York if one was available.

New York Governor Andrew Cuomo “will have to let us know when he’s ready because otherwise we can’t deliver (the vaccine) to a state that won’t deliver it to its people right away,” Trump said during a conference on press at the White House.

Miami Mayor Francis Suaárez insists on maintaining restrictions that, he said, contrast with the governor’s opinion.

Although the main concern is that hospitals will collapse, specialists insist that they are better prepared for this new stage and that treatments such as convalescent plasma or remdesivir in seriously ill patients are giving results.

Dr. Aileen Marty, an infectious disease specialist at Florida International University believes that “this is going to grow to a very dramatic extent that is already being seen in other parts of the United States.

The 10,000 positive cases reported in Florida this Sunday are accompanied by an unprecedented number of tests in the state: more than 146,000 tests reported in a single day.