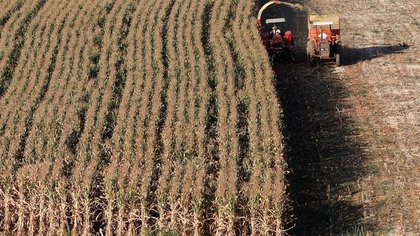 The rise in international prices was one of the few good news that the Argentine economy, eager for dollars from agriculture, had so far this year. Although the focus of attention yesterday was on soybeans, which jumped more than USD 17 in the Chicago market, corn was not far behind and climbed almost USD 10, an upward trend that is replicated in today’s prices to put the cereal at its highest value in almost 8 years.

Thus, the yellow grain, which entered the public scene in these 15 days due to the suspension by the Ministry of Agriculture, Livestock and Fisheries of its export until March, an issue that triggered a marketing cessation by three of the four entities of the Liaison Table and which was canceled yesterday by the same portfolio, traded on the US stock market at USD 206.5 per ton, its highest price since July 2013, according to the FyO consulting firm. ..

The main reason that shot up cereal prices was centered on US production and the stock it has. The Department of Agriculture (USDA) of said country published yesterday the monthly report of world supply and demand of grains. There, the harvest forecast was cut at 360.2 million tons, 8.3 million less than those calculated in December and 7.4 million tons below that estimated by the operators. 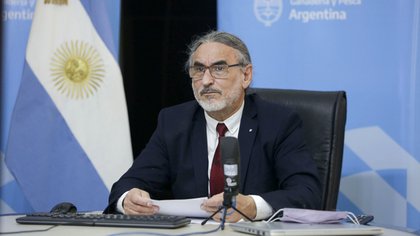 For FyO, this results in a “US stock / consumption ratio at a minimum since the 13/14 season, while exports are advancing strongly in the United States, ahead of the same date in previous seasons.” They also indicated that “the market has been driven since mid-2020 by strong Chinese demand for cereal, which seems to have come to stay.” According to the USDA, China would import 17.5 million tons in the campaign, from 7.6 million tons the previous year, being the highest value on record.

Another point that justifies the strength of the corn market is that “South American production is being besieged by drought” and that “local crops are growing with less than optimal humidity, so the yields would not be as expected.” In this context, the local market with strong purchases from exporters seeking to anticipate any measure that restricts marketing. The splicing of the new crop will be difficult in the face of an early cereal that was planted less than planned due to the drought ”. 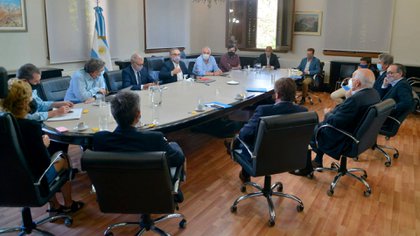 Yesterday’s meeting between officials and ruralistas, in which it was agreed to disinfect the corn market

For the head of the Head of the Market Analysis Department of the Grassi grain broker, Ariel tejera, in corn “We are seeing a fairly firm market. Today’s hikes were pretty predictable. Yesterday the USDA report was very surprising in terms of production data, and it led corn to hit highs in the daily limit of price variation ”.

Despite the fact that both soybeans and wheat are trading down in Chicago, their prices remain at record highs. According to FyO, oilseed fell by USD 2 to USD 520.5 per ton, ensuring a maximum price since June 2014, while wheat fell USD 0.8 to USD 243.5 per ton, its best price since May 2014. 2014.

Corn, the grain of discord

Despite the fact that the constant rise in the international price of corn should bring tranquility to the national government regarding a greater increase in foreign exchange income and a greater collection in terms of withholdings, the Executive, more precisely the Ministry of Agriculture, Livestock and Fisheries , is concerned about its impact on the domestic price of food, which led to the surprising closure of the export registry until March 1, a measure that was revoked yesterday. Of course, in the eyes of the world, this generates “uncertainty” in the markets, especially if one takes into account that Argentina came from a long union conflict that prevented exports for 20 days.

The analyst and specialist in agricultural markets, Carlos Etchepare, explained to . that “Argentina is generating a lot of uncertainty due to the issue of unemployment and the closure of exports, which adds to the climate. There is on the one hand a great demand for the growth of China and the replacement of pigs and, later, there is a lot of uncertainty on the supply side. The only one that exists today is that of the northern hemisphere, but both in soybeans and corn, Argentina and Brazil are very important and are in doubt in terms of climate ”.

Of course, the official measure of the closure of exports to later limit the registration of new sales abroad to 30,000 tons per day aroused the rejection of the bulk of the agricultural sector. That is why the Mesa de Enlace, without the adhesion of Coninagro, carried out a halt to the commercialization of grains, which ended today past noon after Agriculture retraced its steps and stopped the corn market.