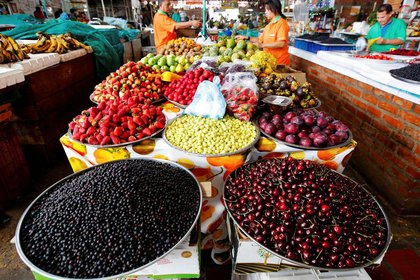 Shopkeepers, retailers and retailers will be the beneficiaries of the popular “Offer”, which starts earlier this year than in previous editions, in order to take advantage of the end-of-quarter harvests and transfer price benefits to final consumers.

With a duration of one month, the “offer”Is usually aimed at small merchants, but the doors are open to consumers in general, at a time when the country seeks to activate the economy after months of preventive isolation. 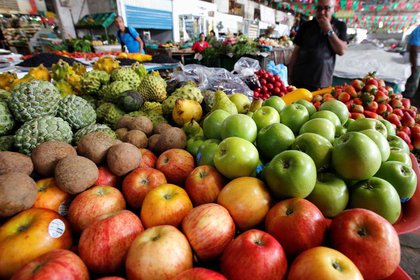 In accordance with CorabastosFor the second week of November there is an optimal inventory of harvest products such as: fruits, vegetables and other products with falling prices such as squash, passion fruit, myrtle mandarin, cauliflower, ahuyama, green bean, red radish and arracacha.

Likewise, the wholesaler will put in the catalog of “Offer” the products that will arrive at harvest so that buyers have a greater choice in their purchases in the last days of November.

With the intention of boosting the consumption of basic foods in the family basket, as well as reactivating the economy, they have joined as strategic allies of Corabastos 25 agro-industrial and commercial companies that will make their inventory available to retailers and customers in general, mostly at deep discounts.

Corabastos highlighted that some products show an upward trend due to climatic contingency, such as Valencia orange, paprika, coriander, strawberry, green bean, common cucumber and blackberry, while they maintain regularity legumes, legumes and national grains.

The recommendation for shopkeepers and retailers is to purchase by bulk to transfer the effective difference, as a discount, to the final consumer. The central recommends purchasing products such as fish, papaya, tangerine, blackberry, banana sandwich, orange, among others for the first weekend of the “offer” since their prices are competitive this season. 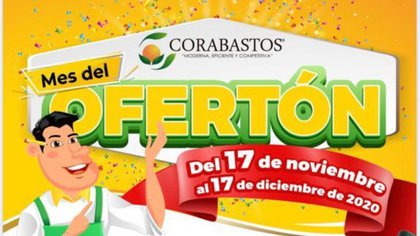 Likewise, Corabastos highlights its social work by responding to the call of the Presidency of the Republic to collaborate with the shipment of food to the Island of San Andrés after the emergency caused by the passage of Hurricane Iota and avoid a situation of food deficit with the compatriots of the archipelago. The totality of products sent are by strategic allies, producers and merchants of the central that also participate in the activation of the popular “Offer”.

The event has the biosecurity measures required by the National Government and the Mayor’s Office, so users and buyers are protected from threats related to the coronavirus. To encourage citizen participation, the central will implement a series of bonuses based on raffles, prize plans, among others, to benefit trade within the most important wholesale center in Colombia, as well as to regain the confidence of customers and reactivate the rural economy, in pursuit of recovery with strategies such as the “offer” and the distribution of subsidies that the government will provide agricultural producers in the course of the following months.

The Army killed Caín, the top leader of the Caparros, in combat

In Video: Impressive rescue of a 67-year-old man during the passage of Hurricane Iota through San Andrés

Ideam issues forecast on possible cyclone in the Caribbean