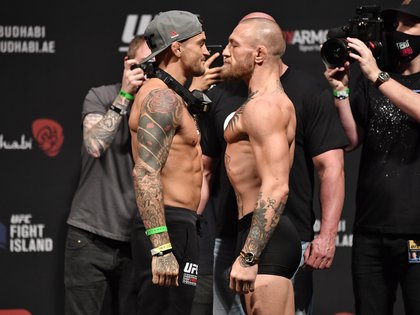 McGregor and Dustin Poirier will meet in Abu Dhabi in the main event of UFC 257 (Photo: .)

A year after his last presentation, in which he beat Donald Cowboy Cerrone in just 40 seconds, Conor McGregor will return to the Octagon to face Dustin Poirier in the main event at UFC 257.

The Irish and the American they will star in a match with the flavor of revenge, after what happened in September 2014, when The Notorious he was left with the victory by technical knockout in what was his fourth fight as a professional within the maximum mixed martial arts competition in the world.

Now, after six years in which they both grew as fighters at an exponential level, the battle raises many expectations, a product of what these two former champions can offer inside the cage.

This Saturday at midnight (03:00 AM GMT) McGregor and Poirier will be present at UFC Fight Island in Abu Dhabi (United Arab Emirates), combat that can be seen through Fox Action or ESPN 2. 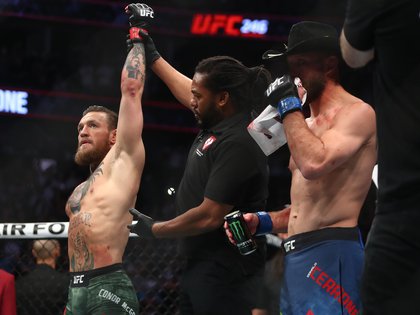 On one side appears the eccentric star of the company, who will try to show that he is still a serious candidate to regain the belt lightweight that UFC president Dana White took from him for not defending him for two years.

The native of Dublin is already in the luxurious hotel that the company made available during the last days of preparation for the evening. According to his personal nutritionist Tristin Kennedy, who devised a strict diet based on his training, McGregor “is in very good physical shape.”

“I like Dustin. I think he’s a good fighter, even a great fighter. But it is still below me. I’ll knock him out in 60 seconds ”, McGregor assured when consulted by his rival.

The American, meanwhile, comes from defeating Dan Hoocker by decision on June 27, 2020 and he is a serious contender for the belt despite falling to Khabib Nurmagomedov in September 2019 via submission when he tried to wrest the title from him.

The one from Louisiana, which has un record of 26 wins (12 by KO and 7 by submission) and six defeats, recognized that this confrontation “It’s not about revenge” because of what happened in 2014, but rather “there are many things. It’s about being a world champion. It’s about getting closer to that title. It’s about work and routine; that’s what it’s all about: success ”.

“I would love to finish and not have to suffer so much damage. The plan is to beat McGregor by any means necessary. There will be blood and guts and I will look to fight for the title again, ”concluded the former interim lightweight champion.

This fight will be one of 12 that the two thousand fans who come to the venue. This is the first time that an evening has hosted spectators after the appearance of the coronavirus on the planet.

It should be noted that the extra seasoning that this confrontation has is that the winner will be the candidate to fight for the lightweight belt, a title that for the moment remains vacant after the Russian announced his retirement. 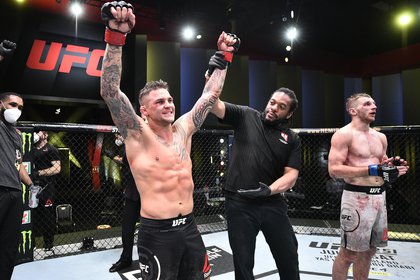 Scandals, luxuries, eccentricities and historic fights: this is how McGregor built his character as the top star of the UFC