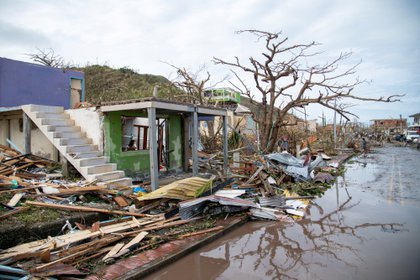 Damaged houses are seen after the passing of Storm Iota, in Providencia, Colombia November 17, 2020. Picture taken November 17, 2020. Efrain Herrera / Colombia Presidency / Handout via REUTERS ATTENTION EDITORS – THIS IMAGE HAS BEEN SUPPLIED BY A THIRD PARTY. DO NOT RESALS. NO FILES

The Governments of the United States and China and the Inter-American Development Bank (IDB) will donate more than one million dollars to those affected by Hurricane Iota, which last weekend shook the Archipelago of San Andrés, Providencia and Santa Catalina.

The United States Ambassador to Colombia, Philip S. Goldberg, announced this Friday, November 20, a $ 100,000 contribution to respond to the request for humanitarian aid from the National Government.

According to a statement from the embassy, ​​these resources are a cooperation to face the devastation left by the passage of Hurricane Iota, which reached category five as it passed through the archipelago in the Caribbean Sea.

“The close and enduring friendship between the United States and Colombia means that we are there for each other in times of need. We are proud to support the people of San Andrés and Providencia as they face this devastating natural disaster, ”Ambassador Goldberg said in the statement.

These resources will be used for the purchase of debris clearance equipment, critical relief supplies for the affected Raizal communities and communications equipment for the islands that also suffered the blow of Hurricane Eta.

You might be interested in: Ecopetrol will build a solar energy farm on the island of Providencia

For its part, the embassy also assured that the Humanitarian Assistance Office of the United States Agency for International Development (USAID) sent a Disaster Assistance Team, which is articulated with the other institutions to identify immediate priorities and examine the needs of the population. 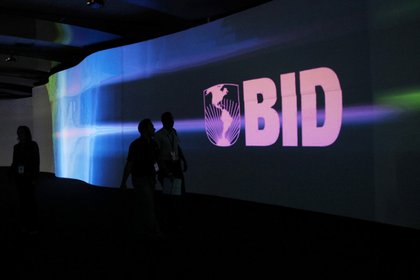 File photo. Visitors walk past a screen with the logo of the Inter-American Development Bank (IDB) at the Atlapa Convention Center in Panama City, Panama, March 13, 2013. REUTERS / Carlos Jasso

For its part, the Inter-American Development Bank approved a donation of $ 400,000 to benefit affected citizens in Colombia in the archipelago and in the department of Magdalena.

In response to the emergency and in commitment to the National Government, the IDB will donate resources destined to the purchase of basic necessities, food products and drinking water, as well as offering transportation of these elements and support in the provision of relief.

Similarly, the IDB in a statement indicated that it provides its member countries with financial support when natural disasters occur, this time this support is non-reimbursable resources for humanitarian aid. 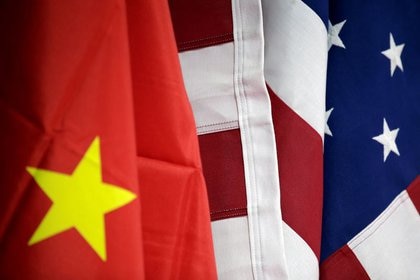 In the celebration of 40 years since diplomatic relations were established between China and Colombia that took place this Friday, Vice Minister Zheng Zeguang reported that the Chinese Government will donate $ 500,000 dollars in cash and the Red Cross of this country another $ 100,000 dollars more, in the form of solidarity with the emergency that the country is experiencing.

This was highlighted by the Foreign Ministry of Colombia, which celebrated the announcement and thanked these donations that will be used to help the inhabitants affected by the winter wave and natural disasters.