Family members of those in the collapsed building in Miami battle long hours of pain, despair and uncertainty.

“The most difficult thing is know nothing“Betsy González tells BBC Mundo, who since Thursday morning has been waiting for some news from her niece Anaeli Rodríguez and her husband Marcos Guara, and from the couple’s two daughters.

González’s relatives are among the dozens of missing after the collapse in the early hours of Thursday of a part of the residential building Champlain Towers, a 12-story condominium and more than 130 apartments facing the sea, in the north of Miami-Dade County.

After learning of the tragedy, González and hundreds of people passed on Thursday gathered at the Surfside Community Center, a few blocks from the collapsed building.

The meeting point has served them to accompany, exchange information and wait for announcements from the authorities. 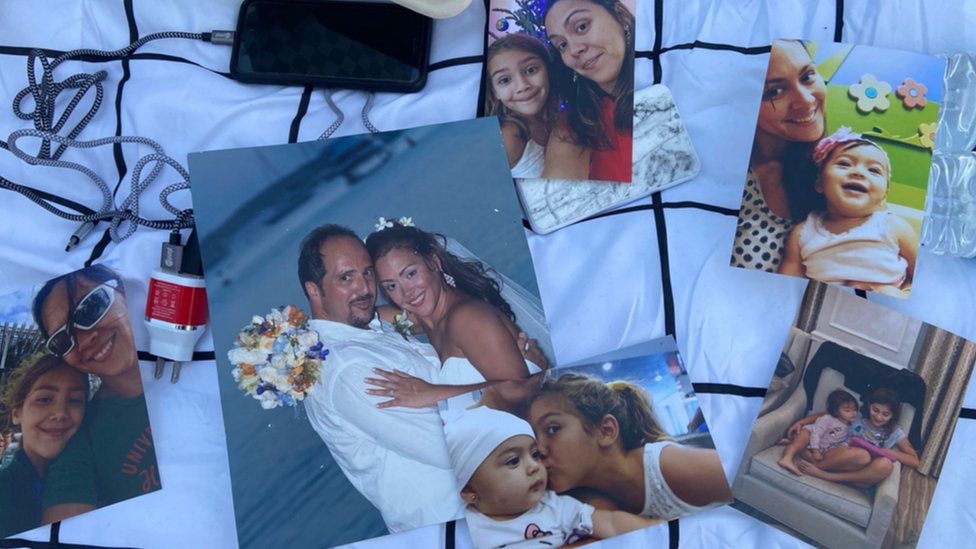 The spouses Anaeli Rodríguez and Marcos Guara are among the dozens of disappeared. (Photo: Courtesy)

Volunteers, police, rescue teams, friends, believers who gather to pray and neighbors from the sector have arrived there.

Everyone helps as they can, but nobody gives them news of their relatives.

“I understand that nothing is known, that information cannot be given, but we are desperate,” says González, while comforting his mother.

As of Thursday night, authorities had reported at least four dead and 150 missing or not located. 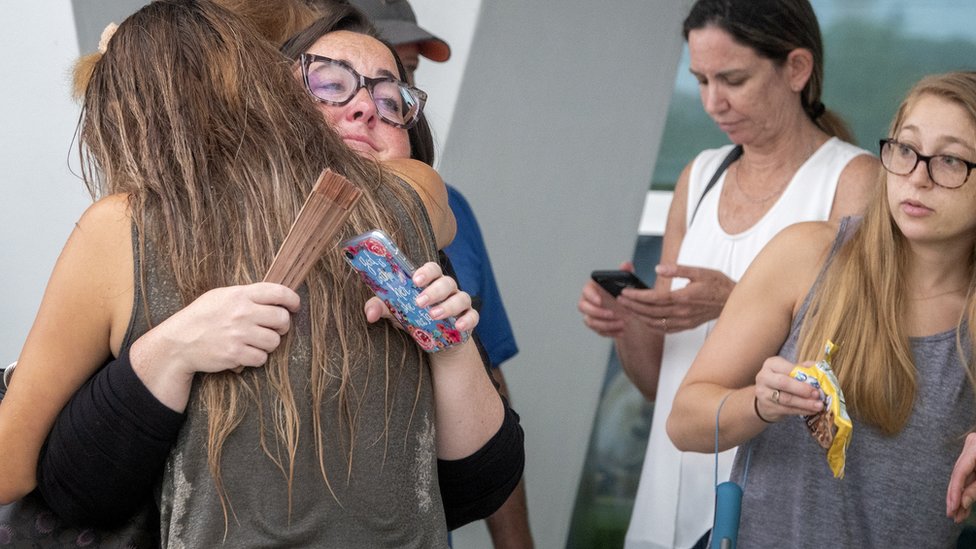 In the Surfside Community Center, a place to recreate, with a central pool and direct access to the sea, on Thursday only saw anguish and desolation.

Some cried inconsolably, others roamed the center from one place to another looking for information, and still others remained seated, motionless, sobbing with lost eyes.

Others lay in bed, out of breath.

“The hardest thing has been seeing the devastation of my 12 year old daughterShe is very close to her father ”, tells BBC Mundo Soraya Cohen, who says that her husband, Brad Cohen, 51, was in the building with his brother-in-law at the time of the collapse. 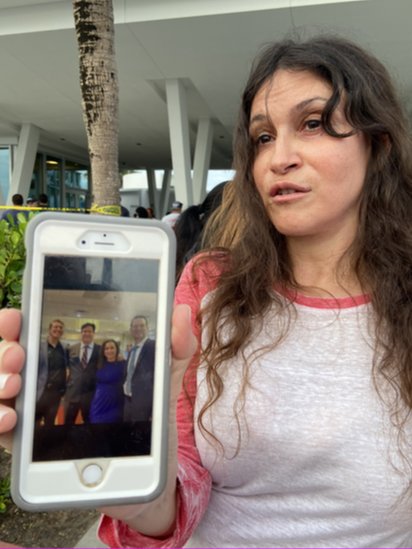 Soraya Cohen waits for news of her husband. (Photo: BBC)

Cohen says his daughter was given a DNA test in case his father is dead and the body needs to be identified.

“My daughter fainted when they took the test, ”says Cohen.

Inside the community center, rescue teams set up stretchers to care for people who succumb to the grueling day. 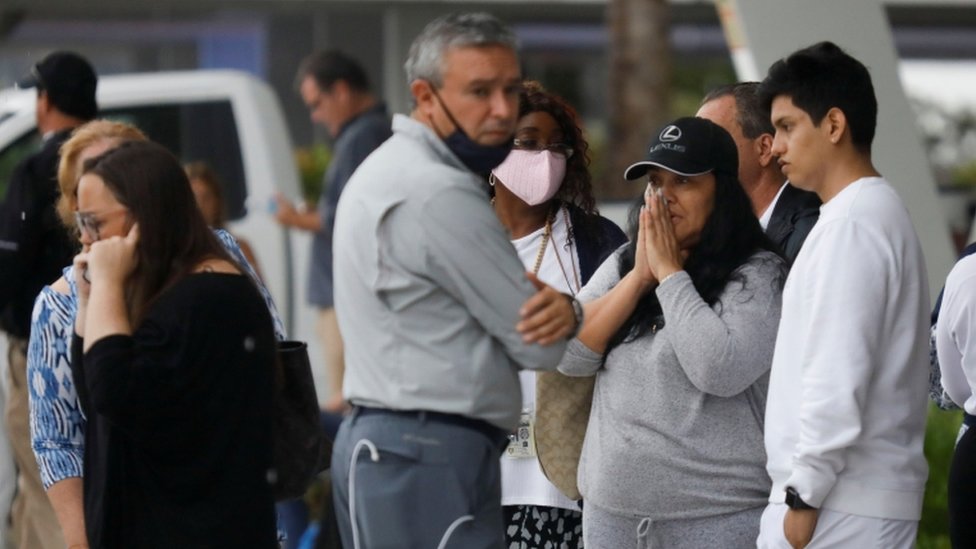 Family members do not lose hope of finding their loved ones alive. (Photo: .)

Everywhere there are pizza boxes, sandwiches, water, pillows and blankets, which are part of the donations that organizations in the area have collected to make family members more comfortable.

There is everything, fewer responses.

“I hope they are alive. No one gives you hope, but faith is not lost ”, Yuby Cartes tells BBC Mundo that he had his nephew, his wife and their children of three, seven and nine years old in the building.

The family had arrived Wednesday night from Paraguay to spend a few days in the city.

Cartes contains the tears and only asks: “Qwhat do you know?, ¿you know something?”. 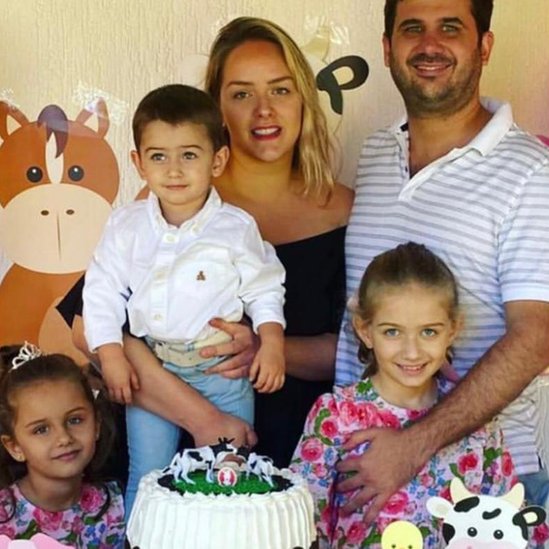 Many of the relatives prefer not to speak, others try and do not succeed, others handle their pain with a pragmatic attitude.

“The important thing here is to establish what was What happened”, says a Colombian man who says that his granddaughter’s husband and his cousin were in the building at the time of the collapse.

“One can imagine a car accident, a fire, a heart attack, but a building collapse? That’s improbable In this era, how can a building fall? ”he asks. 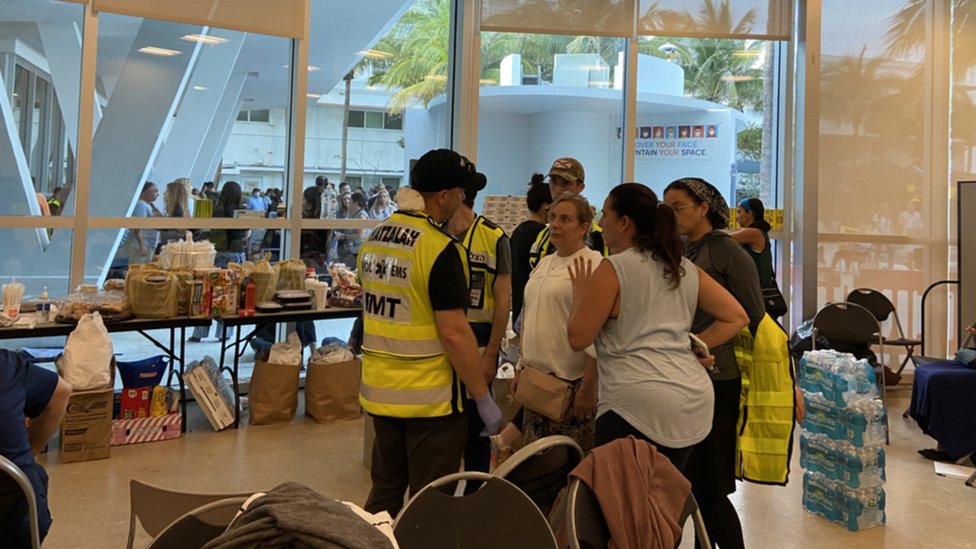 “I trust that when the authorities have something to say, they will tell us,” he continues.

“There are people who are upset because they don’t tell them anything, but they don’t have nothing to tell them ”.

Magaly Ramsey says she was unable to speak to his mother the night before the collapse.

His mother, Magaly Delgado, 80 years old and of Cuban origin, is one of the residents of the building who are missing. 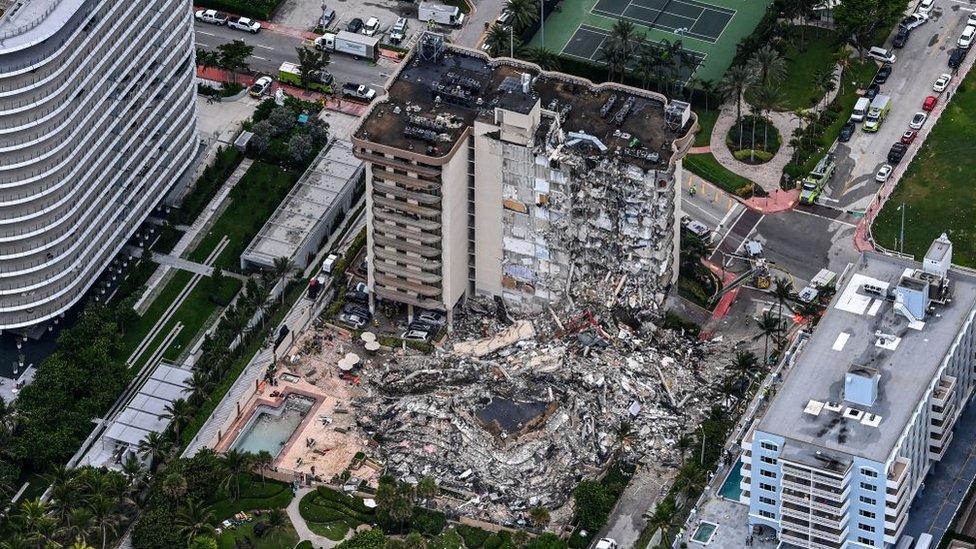 The building collapsed in the early morning of Thursday, June 24. (Photo: .)

“My mother called me around 10 pm on Wednesday, but I was at a conference and I couldn’t answer her,” Ramsey tells BBC Mundo.

Since then he has not heard from her.

“The most difficult thing is not having information,” he says.

Ramsey, in the midst of it all, looks calm, and smiles when she talks about her mother, “A blonde with green eyes and very strong.” 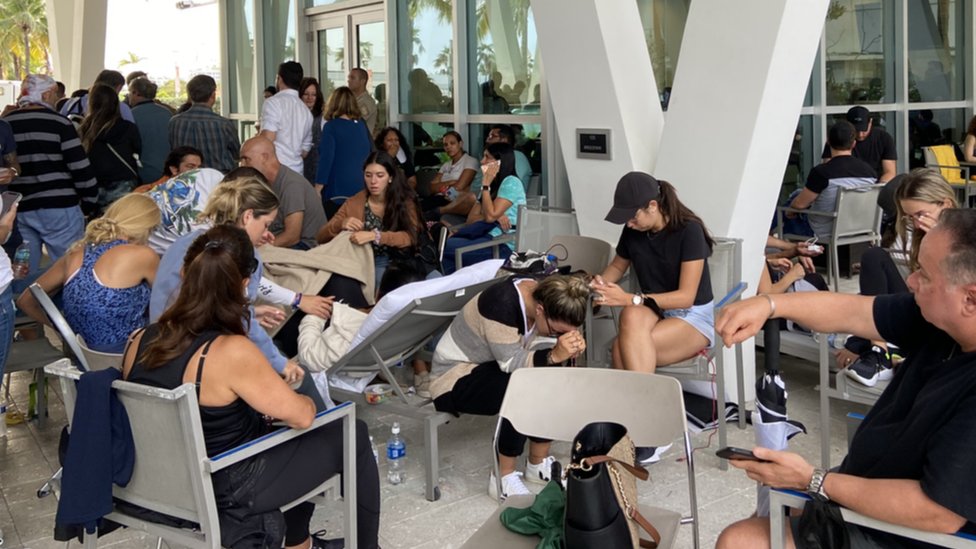 In the community center there were scenes of pain. (Photo: BBC)

“My mom taught me to have faith and have strengthSo that’s what I’m doing, ”he says with a mixture of resignation and courage.

“I am hopeful that my mother is alive, or that at least there is no sense pain“.

Authorities still do not know why the building collapsed, and relatives do not know anything about their loved ones.

They hope that, as the days go by, the answers that so much need.

VIDEO: Minor miraculously emerges from the rubble of a collapsed building in Miami Beach with the help of firefighters

Now you can receive notifications from BBC Mundo. Download our app and activate them so you don’t miss our best content.