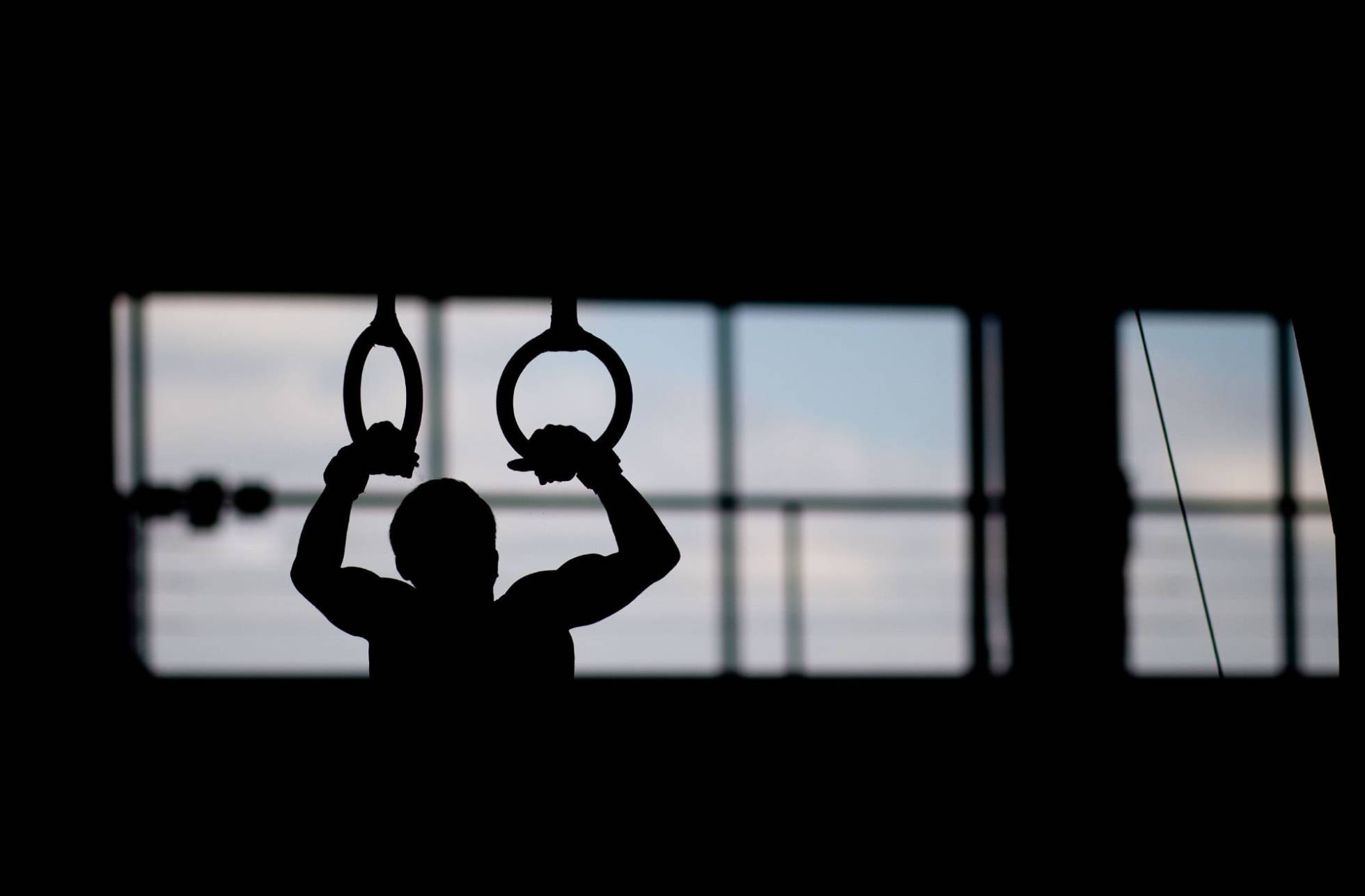 – I cannot allow that question, lady lawyer, the acts committed with her are not being judged.

– It’s the motivation for how you felt.

– No; no. I have already told you that any question related to criminal acts that are not judged, I cannot allow them.

– Have you been following psychological treatment since 2017?

– I declare that question impertinent. We are not judging the treatment, nor the consequences.

– Regarding massages, do you remember if …?

– Madam Prosecutor, those questions are not related to the facts, I have to declare them impertinent.

The one who declares the questions of the prosecutor and the private prosecution irrelevant is Esteban Solaz, the magistrate who has to pass sentence on the sexual abuse committed, as recorded in 12 complaints, Carlos Franch (63 years), former coach of the Gymnàstic Club of Betxí. The trial was seen for sentencing on the 18th and this Monday the sentence has been issued, condemning him to 15 years and six months in prison for continued sexual abuse of three minors (there were nine more complaints, but their cases have prescribed) . The sentence is number 370 of the First Section of the Castellón Provincial Court issued by President Solaz and justices Raquel Alcácer and Aurora De Diego. The prosecutor had asked for 22 years and six months for the one who for 31 years was the coach and janitor of the club’s facilities in the small town of 5,700 inhabitants in the province of Castellón.

The one who could not answer these questions is Beatriz (fictitious name) who has already turned 35. More than 20 have passed since he suffered sexual abuse by Franch (he was a minor at that time) and three since he reported them to the Civil Guard. The facts have prescribed; But his complaint, the second that reached the Betxí barracks, led the Civil Guard to open an investigation in May 2017.

A call warned Beatriz that there were rumors about a complaint against Franch; his reaction was to run to the barracks to tell what he had suffered 20 years earlier. Thanks to those two complaints and the ten that would follow, Franch ended up in the dock. 12 are the gymnasts who denounced him. According to the prosecutor and the magistrate who handed down the sentence, the modus operandi was the same: using his prestige as a coach, the accused “subjected the minors to a type of massage to satisfy their sexual instincts and libidinal desires.” In three cases the crimes have not prescribed; in nine yes. “This is when you feel the pain, the real pain. Yes, in the past there were days when I felt scared in training, I wondered if what was happening was normal. But you live it as a cloud, as something blurred, because you are a girl. You feel the pain now. Now that you are an adult is when you become aware of all this. And you say: what about this pain? Is it prescribed? How can you prescribe pain? And no, pain does not prescribe ”, Beatriz ventures in a long talk sitting on the terrace of a cafeteria a day after the trial was seen for sentence.

She is one of the seven witnesses who testified in the oral trial and who had to hear up to six times, during the 20 minutes that her appearance lasted, that the questions were not pertinent and, therefore, did not admit an answer. In the trial of Miguel Ángel Millán (the athletics coach sentenced to 15 years in prison for sexually abusing his athletes), the athletes were heard even though the crimes were prescribed. In the Castellón room, no. “I feel like suspended, that everything has been halved,” says Beatriz.

“I lived with joy the eve of the trial. He told me: ‘finally, after three and a half years waiting, the time has finally come. After testifying, I was crying for three days. That’s when I identified everything with the prescription. I am clear that we are witnesses and our actions are supportive, but I feel that the figure of the witness is totally dehumanized. We are not seen as victims and it hurts so much… ”, he says. Judge Esteban Solaz did, however, reflect in the sentence the importance that the different statements of the witnesses had had (and cited the names of the nine whose cases had prescribed) because “they coincide in details and elements common to all of them that show the modus operandi developed by Carlos over time and reinforce the credibility of the testimonies provided by TP CS 4/17, 5/17 and 9/17 [testigos protegidos]”.

“They asked me for dates, data. It was simply a matter of seeing it in a human way, not of a protocol that must be followed and since this does not fall within that protocol, I leave it there. We are people who have suffered abuse, we have denounced them and we are there. And it is not easy to report them, or understand that what you have suffered is abuse. We were girls! With the other colleagues with whom I have spoken, none of them experienced it as abuse. Since your body cannot accept it, you deny that it has happened; It’s a defense mechanism. You decide to keep the good of gymnastics and cover the bad. You leave it there sealed with the strongest. I denied it until my body decided it could cope, ”he continues.

Gloria Viseras, who denounced the coach Jesús Carballo in 2012 (she was then 47 years old) for having abused her when she was a minor (from 12 to 15), always says that she was never heard by a judge in court. Only the police to whom he went to report the events. As prescribed, there was no trial. What’s more, she finally had to testify before a judge but as accused of allegedly damaging Carballo’s honor.

For the victims it is important to verbalize their experiences because, after having carried silence and guilt for years, they feel that telling about it in court helps them put an end to the hell they have lived through. “The judge is not going to heal me; I have to do it myself and that is what I am doing with therapy. The facts have prescribed and I know it works like that, but it is important to listen to ourselves and listen to the experience of the present. If you report it in court, you feel that you are also there and that justice has also been done with us ”, explains Beatriz. She assures that she decided to denounce “moved by a visceral impulse” because “she could not allow what happened to any more girl what happened to her.”

Lucia Osborne (ex-gymnast of the Australian team who suffered abuse) tells in her book I choose Elena that the team instilled in her “the importance of avoiding weakness above all”. Beatriz remembers something similar from her time at the Gymnàstic club where she was from the age of five to 17. “You feel that you never do enough, the self-demand is excessive: you always think that you could have done better. In a way, it is completely nullifying you. I remember living that stage like an automaton: neither felt nor suffered. I remember him [Carlos Franch] he was determined that he had to smile in the floor exercises. Smile? What he had to do was feel and enjoy. How he didn’t get that, what he wanted was for it to be seen. He punished me for not smiling. You were a machine: now you have to smile; it hurts you, it can’t hurt you. You don’t have a good day today, because I don’t care, you can’t afford to have a bad day. You have to train to win, to be the best … You enter that loop and you don’t get out, ”she says.

“It makes you have a purpose in life as clear and simple as training to win and you hold on to that. And clinging to that entails depending on that person [el entrenador], to endure whatever it is and to be with that focus. You depend on him for everything: he knew it and played with it, ”he continues.

With the new Organic Law for the Comprehensive Protection of Children and Adolescents against Violence, approved last June, the statute of limitations for crimes of sexual abuse of minors is extended: the term will be counted from when the victim have turned 30 years old. “It is something very, very important. They abused me when I was a child, but I did not experience it as abuse at that time. I am living it now when my body knows that it can sustain it ”, concludes Beatriz who admires and appreciates the“ courage ”of the Betxí girls following her generation who denounced when they were still minors.