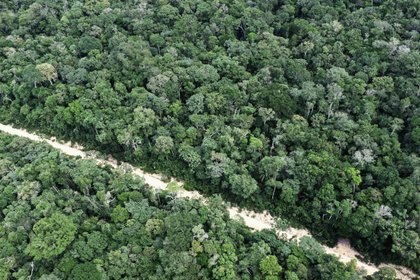 The Governments of Argentina and Mexico have ratified the Escazú Agreement before the UN on Friday, which allows the entry into force of the first major environmental agreement in the Latin American region on April 22.

After these last two ratifications, there are already 12 countries that have done so, which allows the agreement to enter into force in 90 days – 12 ratifications were needed -, also coinciding with International Earth Day.

Mexico has celebrated the decision in a ceremony in which the executive secretary of the Economic Commission for Latin America and the Caribbean (ECLAC), Alicia Bárcena, has participated.

Bárcena has indicated that “in these moments in which the global and regional situation is of great complexity and uncertainty, the Escazú Agreement is more necessary than ever”

The Undersecretary for Multilateral Affairs and Human Rights of the Mexican Ministry of Foreign Affairs, Martha Delgado, has described this instrument as “a historic and unprecedented achievement to promote Human Rights and sustainable development in Latin America.”

For its part, the Ministry of Foreign Affairs has indicated, through a statement, that the ratification “constitutes a demonstration of Argentina’s firm commitment to Human Rights and sustainable development.”

The Escazú Agreement is a regional treaty on the environment signed by 24 countries, considered the first major environmental pact in Latin America and promoted by ECLAC, which includes provisions such as the right to a healthy environment and guarantees for the protection of defenders of the environment.

The formally named “Regional Agreement on Access to Information, Public Participation and Access to Justice in Environmental Matters in Latin America and the Caribbean” was adopted in March 2018 in the Costa Rican town of Escazú, and will enter into force almost three years later.