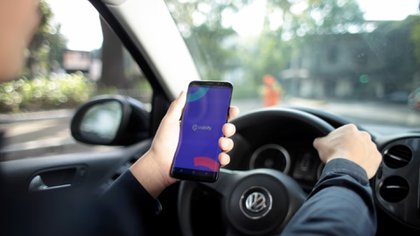 The Cabify application will seek to reduce its ecological footprint and the impact of the emission of CO2 gases with the incorporation of technology blockchain to its operating system, making it the only carbon neutral mobility application. The project will be part of its integration into the Alliance for Climate Action of Mexico City.

His main The objective is to create and strengthen synergies for adaptation to climate change that include a climate diagnosis, a roadmap, the proposal of solutions and concrete actions that improve the quality of life of citizens in the short and medium term. It also intends to create a climate crisis agenda at the local level, this in coordination with the World Wide Fund for Nature (WWF) and the Mexico Climate Initiative (ICM), together with the Secretariat of the Environment of Mexico City (SEDEMA).

For the results in favor of the environment, Cabify will work together with the company Climate Trade who created the API Application Programming Interface Which will allow trace the carbon footprint per journey made by users and companies that travel with the application. In this way, they will be able to know in real time the footprint emitted during their journey and that the application compensates for them, thus transparently promoting carbon-neutral services. 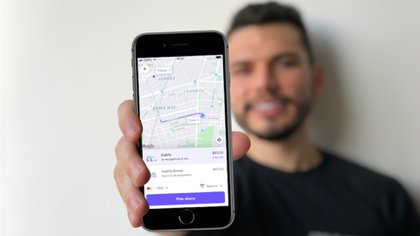 Users will be able to know the emissions of polluting gases on their journey and what the company does to reverse this environmental impact (Photo: Courtesy Cabify)

According to Global Carbon Atlas, Mexico ranks first in emissions in America Latin. Sandra Guzmán, a collaborator with the Secretariat of the United Nations Framework Convention on Climate Change, told . that the country could fail to meet its goal of Paris Agreement which consisted of reducing a 22% of pollutants for 2030.

The mobility company Cabify since 2018 has been the the only company in the applications industry in Latin America and Europe to offset 100% of the emissions generated for its corporate activity and the users’ journeys through the application.

Currently it has offset about 310 thousand tons of CO2 through environmental protection projects, equivalent to 280 car trips from Buenos Aires to São Paulo. Allocated resources for the protection of 12 million trees in the Amazon rainforest.

Simultaneously, the company is making progress in reducing emissions, with a commitment from 15% annually, and the drive for the electrification of fleets in 2025 in Spain and in 2030 in Latin America including Mexico in these efforts. The mobility application allocated resources for the protection of 12 million trees in the Amazon rainforest. (Photo courtesy: Cabify)

“We maintain our progress and our commitment to the electrification of the fleet and in parallel we want to ensure that with the appropriate local projects, let’s generate a positive impact that goes beyond the carbon neutrality achieved 3 years ago and also promote the human development of the communities of which we are part of every day ”, stated Juan de Antonio Co-founder of Cabify.

Since 2018 Cabify is part of the United Nations Global Compact and has aligned its strategy sustainability with the 2030 Agenda and the Sustainable Development Goals. The mobility app is committed to the European Green Deal, whereby the European Union aspires to be climate neutral by 2050 and achieve a reduction in 90% of greenhouse effect emissions.

Mexico must bet on renewables to meet emissions reduction

Earning 30,000 pesos a month in times of crisis and how Cabify became an alternative for hundreds of unemployed

COVID-19 and contamination in Mexico, a combination that increases its lethality: study