Home>Sports>Motors>Citroën ZX, the compact that did not win for its beauty, but for its interior

Presented on March 16, 1991, the Citroën ZX landed in the market out of nowhere. The idea of ​​the brand with this car was to cover the space that was just above the AX and the BX. It was not the prettiest, nor the best equipped or finished, but it was a pleasant vehicle to drive, practical, economical and with a wide range of engines. It was basically everything a middle class citizen could look for in a car.

In the early 1990s, the ZX was Citroën’s competitor in the compact class traditionally dominated in Europe by the Ford Escort and the Opel Astra, a market segment from which the French firm had briefly moved away with the disappearance of the GSA in 1986. The BX had tried to target the small and large family market by being a middle ground between the two. Therefore, Citroën needed to fill the niche of those who were only looking for a compact, whether they were young people, families or the elderly.

But the birth of the ZX was somewhat particular. Although we said at the beginning that it hit the streets in 1991, the first copies were produced in 1990. And no, you could not buy one yet, since they were destined to compete. The ZX prototypes debuted in Baja Aragón on July 20, 1990, and landed in Paris on December 29 to be crowned champions of the Dakar rally on January 16, 1991, with Ari vatanen and Bruno berglund behind the controls of ZX Rally-Raid. It was not a boring staging.

The commercial launch of the new model came a few months after the presentation of a racing car, a machine that allowed the company to win five world titles in that specialty between 1991 and 1997. The version intended for the general public was the result of collaboration with the design center of Nuccio Bertone, and had nothing to do with “the king of the desert”, but wanted to be the ideal solution to a series of daily mobility needs for as many people as possible.

However, the new addition to the Citroën range did not cause the same visual impact as past cars from the manufacturer, such as the AMI or the Dyane. The style of the Parisian house had been almost completely diluted. Clearly, the management wanted a competing vehicle for the Golf and one that provided no chance for customers to reject it for any degree of idiosyncrasy. They did not consider a middle ground between the bizarre and the Andean. But underneath that dull skin it was a comfortable and well packaged vehicle. 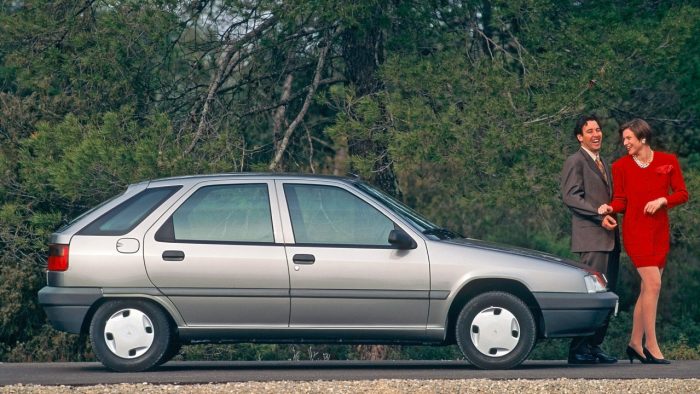 The ZX was offered with a wide range of engines that included mechanics between 1.1 and 1.9 liters, the latter equipped with a 16-valve cylinder head for the sports version “Volcane “. However, to keep costs at bay, the ZX had to deprive itself of the characteristic hydropneumatic suspension that could be found in numerous models of the house, such as the GSA. It is true that a vehicle of conquest and of this size could easily do without it without disturbing the most fervent Citroënists who were looking towards it. XM.

On the other hand, the chassis of the ZX was particularly neat. Above all, Citroën possessed the intelligence to communicate with a “self-steering” rear axle integrated into a torsion bar, which made the compact particularly maneuverable against its rivals. It is true that the business case was overestimated, but the result was there: the car was dynamic and, at the same time, comfortable. In three-door or five-door format, the ZX was not seductive, but it won hearts with its own qualities.

And although the bodywork was first declined in two variants, later a third would be added: the family one, called “Break”, and that was undoubtedly a bestseller and convinced those who were looking for more trunk space and greater functionality. The Citroën ZX was also one of the first European compact models to diesel engines began to proliferate, first with a 1.9 atmospheric 64 hp and 120 Nm, and since 1993 a turbodiesel unit with 90 hp and 196 Nm, much more satisfactory to carry.

In addition, it had some very new standard equipment details then, such as central locking, power steering, electric windows, electric right mirror, air conditioning, airbag (from 1995) or anti-lock brakes (ABS). The top of the range, the Volcane, had a choice of seats and heated rear-view mirrors. The length-movable rear seat also stood out, a novelty that, although popularized by minivans such as the Zafira, was the ZX was the first to incorporate it. 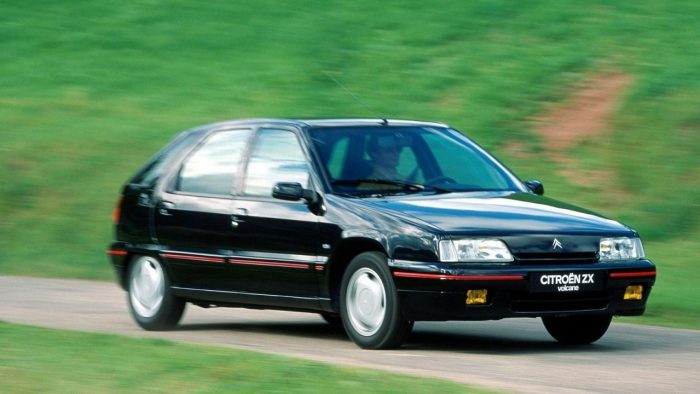 For 1993, the chassis of the Citroën ZX was also used for the Peugeot 306 that, with its attractive design derived from 205, was an even more successful model than his twin. The Citroën Berlingo and the Peugeot Partner were also built on the same platform. And although it was replaced by the successful Xsara in 1997, the ZX continued in production in Europe until 1998. Because in China, the compact Gallic remained alive until 2008, being especially popular the sedan slopes with the name of Citroën Elysée and Fukang 988.

Available in different trim levels and with a variety of diverse body colors, the ZX was a success with nearly 2.5 million units produced. More than 500,000 were produced in Spain, in the Center of Vigo. But electrical and tuning issues that went unsolved early on made it a more expensive car to fix than replace, and without the unconditional love of Citroën parishioners, the ZX was doomed from the moment it was replaced by the Xsara.