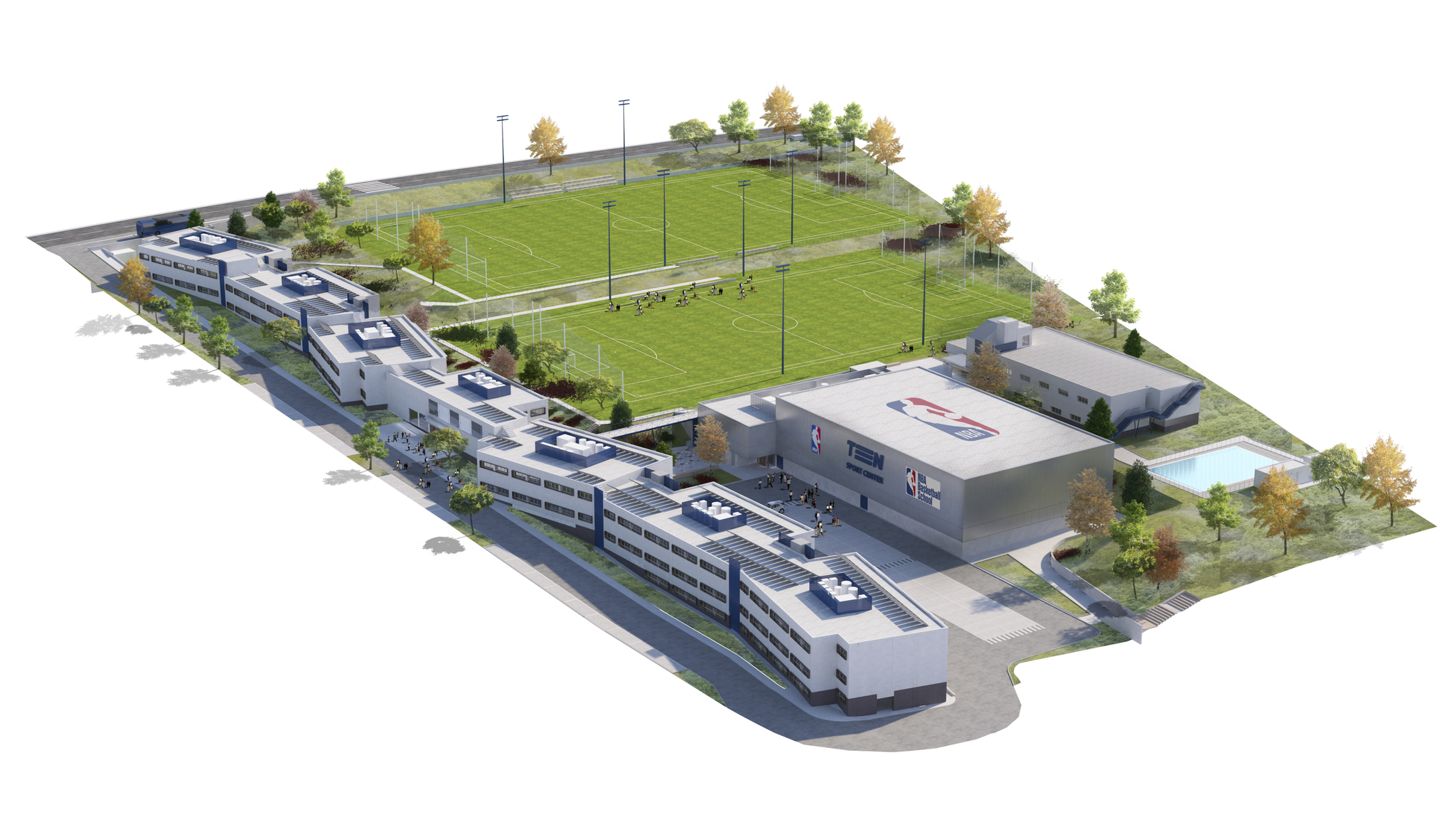 The former player who played in the Spanish League between 1988 and 1996 still moves within the executive suit, but now the concerns of Chus Bueno (Barcelona, ​​47 years old) do not go through the statistics of points, assists and rebounds but through the audiences, technological development and planetary expansion of the NBA brand. A week after the All Star in New Orleans, the vice president for Europe, Africa and the Middle East reviews the present and future of the best basketball competition.

Question. In what historical moment is the NBA?

Reply. The sum of sports and technological potential makes me affirm that the NBA has never been better than now. Our audiences are breaking records in the US and China, the League is much more followed and the players do more and more incredible things. I lived through the days of Jordan and the Magic and I got hooked on the NBA with them, but the talent continues to develop at tremendous levels. Many say that it would be necessary to raise the baskets, widen the track and move away the line of three, but the talent must be exhibited not to change the scene when it is already dominated. What LeBron and Curry do is brutal and that is creating moments that are part of history. Before, nobody threw 3s from 10 meters.

P. Is the All Star the great showcase of this evolution of the athlete?

R. The playoffs and the regular season are the competition, the All Star is the party. It is a celebration of basketball as a show. We are millions of fans and there are many with a managerial profile who like to analyze blocking or good defense, but many of our 700 million fans like to see dunks and triples and that is a great day for them. Young people love it and if the teams reach 200 points they will go crazy on the networks. We work for everyone and the All Star is a key milestone.

“Talent must be displayed, not change the scene when it is dominated”

P. What expansion map does the NBA handle?

R. In the US there are 320 million people, but in the world there are 7,000 million. The opportunity is international. We have key markets such as China, we have opened an office in India and we deal with populations where basketball is followed by culture and tradition. Spain has a prominent place on the NBA’s radar, it is one of the strategic countries. It is in the top of resource generation along with Canada, China, the Philippines, Brazil and Mexico.

P. How is the audience balance?

R. 62% of the digital audience is international and more than 50% of the traffic and following on social networks is outside the US We have to dedicate ourselves to them because in the end the US is 5% of the world’s population. Apart from sports structures, in the NBA we are about 1,500 people, more than 400 of them in the international area and all with a global vision. It is the big bet. With 10 Spaniards in the NBA, the numbers here have multiplied by five. They are our great ambassadors and prescribers.

P. How does that global vision collide with Donald Trump’s immigration decree?

R. Our international vocation does not change. We will continue to go to Mexico. The NBA is there to unite people and does not understand walls. We have given examples like moving the All Star from Charlotte to New Orleans because we understood that Charlotte’s anti-gay law was inadmissible. We are a global and inclusive brand and we seek to build bridges.

R. We already offer a weekly game in virtual reality and we are working to consolidate and expand the experience, also to generate the largest number of statistics and data during the games so that fans understand the game more and feel part of the event. We are attentive to everything and we want to be where technology goes. So we incorporated instant replay and now we have a replay center that looks like NASA. With 5G in two or three years virtual reality will be real. Technology also helps prevent injuries and take care of the player’s health. In the end we are basketball not bussines.

“Technology marks evolution and we want to consolidate virtual reality, but we are basketball, not ‘business”

P. Are you considering a greater interaction with Europe?

R. It’s too challenging to see as a short-term option. There are many calendar problems and with the new FIBA ​​windows it is going to be compressed even more. To make a regular season game in Europe and support it as a technological event, only three pavilions are worth: the O2 in London, where we already play; the O2 in Berlin; and the renovated Paris Bercy. Of course, we work with the Euroleague and FIBA ​​to make basketball grow. The fan is not exclusive. The more fans we attract, the more they will see us all.

P. Can television money buy everything?

R. 450 players play in the NBA and there are 3 million licenses in the world. We have 113 foreigners, 25%, and Europeans are 61. The natural aspiration of a player is to play in the best league in the world, but some like Sergio Llull prefer to be here and nothing happens. No matter how much money there is, the number of Europeans in the NBA will not skyrocket.

R. It is not colonization because there is a lot of sensitivity. The disaffection must be measured very well, but I do not have the feeling that the Madrid fan stops watching the NBA because Chacho has left. Since it’s there we have incorporated fans, for sure. I understand the sensibilities, but in the end people who are in love with a player follow him wherever he is. The reality is that Doncic is a physical marvel compared to boys his age. There have been players like Willy Hernangómez who have dared to go there without being dominant in Europe and see how well he does, but there is no magic formula. In the end it is a matter of ambition.