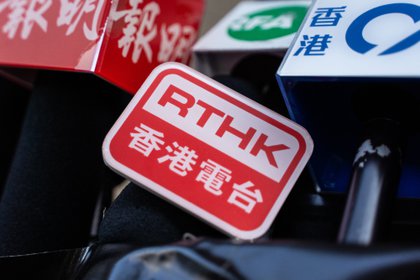 The Hong Kong authorities have announced this Friday that a senior local government official will assume direct control of the public broadcaster, RTHK, after several weeks of tension over discussions about the ideological content of its grid and the open conflict over the suspension of the international signal of the British channel BBC.

Thus, the undersecretary of the Interior, Patrick Li Pak Chuen, will replace Leung Ka Wing as the entity’s current programming director, six months before the latter’s contract expired in August, following a decision of “mutual agreement”, according to a official statement.

Gone are months of clashes since last year the Government decided to cancel the broadcast of the satirical program Headliner (Headlines) after exhibiting a police officer emerging from a garbage container. The episode, aired in May, during a wave of protests against the authorities, received thousands of calls for complaints.

“Li is a Managing Director with proven management skills, leadership and experience, who will continue to serve the community and ably guide Hong Kong Broadcasting in the challenges it will face, always in compliance with the charter. foundation of the organization, “according to the note.

Regarding the suspension of the BBC signal, it so happens that it was Leung who gave the order after the Chinese authorities did the same on the mainland, and in the last response to London’s decision to cut the broadcast of the broadcast. international signal of the Chinese satellite chain CGTN due to discrepancies over the possession of the license, according to the official version of the British communications regulator Ofcom.

Finally, Leung’s management had been criticized in a recent report by the Hong Kong authorities, which pointed out “a significant number of irregularities” and recommended “improvements in the management and execution of the agency,” in the words of the Minister of Trade and Development. Economical, Edward Yau.

In the same report, the Hong Kong government urged the RTHK to “develop a clear and transparent editorial process”, as well as to “reinforce the training of its staff in the editorial line so that employees understand its mission and purpose” as an entity. public communications.