China makes history in space exploration and becomes the second country to land a rover on Mars.

Three months after the Tianwen-1 mission reached the orbit of Mars, the Chinese space agency managed to successfully land the module that carries the Zhurong exploration rover on Martian soil, becoming the only mission in history that manages to send a probe and land a rover simultaneously on the red planet on its first attempt.

After the mission reached the orbit of Mars in February 2021, Tianwen-1’s next step was the most difficult, a milestone previously achieved only by NASA: landing a rover equipped with science instruments safely.

On the night of Friday, May 14, the module containing the Martian rover Zhurong, a 250-kilo, 1.85-meter-tall vehicle named after the Chinese fire god, successfully landed on Martian soil after penetrating the red planet’s atmosphere.

It may interest you: MOXIE: NASA’s plan to create oxygen on Mars

The maneuver, known by NASA as the ‘7 minutes of terror’ requires pinpoint precision and a perfect sequence to survive the 1,300 ° C warming and reduce supersonic speed until a soft landing is achieved. 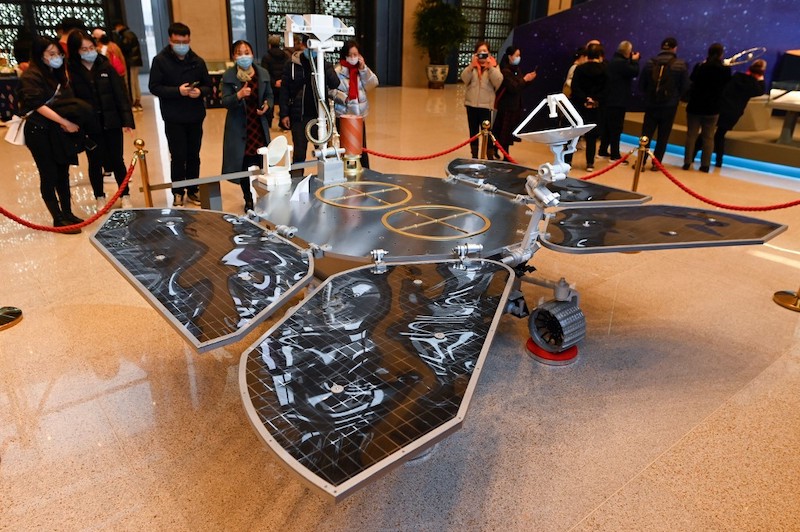 In the case of Zhurong, the descent module took nine minutes, in which it reduced its speed from 17 thousand kilometers per hour to zero, using each of the stages created for a safe descent, such as the heat shield and a parachute typical of the last phase.

The landing site confirmed by the Chinese space agency is Utopia Planitia, a depression located in the northern hemisphere of the planet that probably housed an ocean millions of years ago and today accumulates ice in its interior, which could provide decisive answers about the hydrological cycle of Mars.

There is certainly life on #Mars! We’re the life of the party! #Zhurong # Tianwen1 #CNSA @CNSA_en pic.twitter.com/cC8pZVmyVt

Zhurong is equipped with six scientific instruments, including a pair of panoramic cameras, a magnetometer, a weather station and a radar that will seek to penetrate the floor of the depression to provide answers about the planet’s remote past.

The Zhurong rover will begin conducting the first tests of its instruments, a phase that will take about three months before expanding its solar panels and beginning to roll in the Martian sand, currently explored by Curiosity and Perseverance.