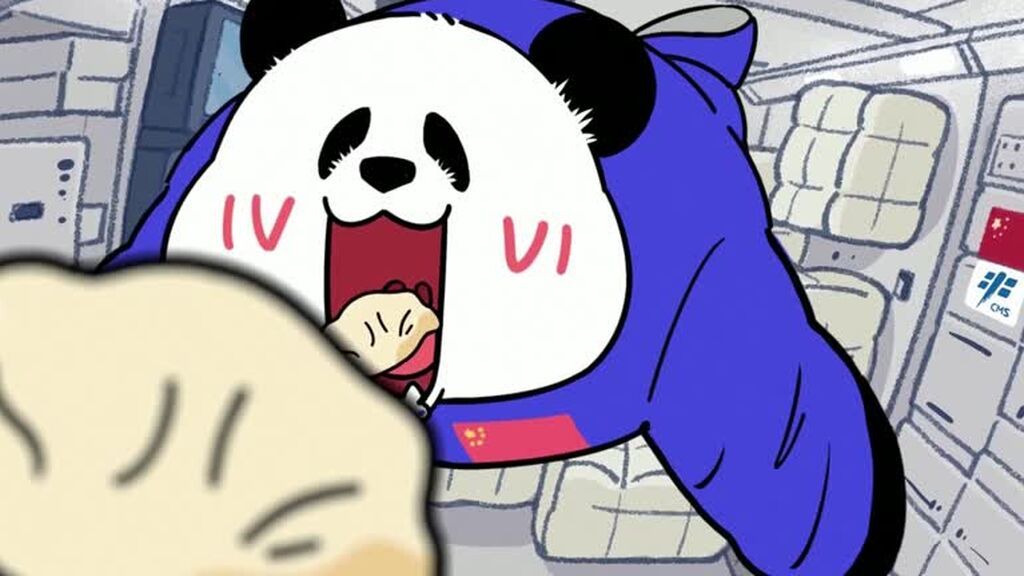 The Chinese space station is already occupied by three astronauts

The state media agency of the Chinese government has produced an animation video in which to praise the achievement of the launching into orbit of the first Chinese space station, the Tiangong (Celestial Palace), and the fact that the orbital base is already inhabited by its first three astronauts.

Little cartoon short depicts ‘taikonauts’ Nie Haisheng, Liu Boming and Tang Hongbo like panda bears (It could not be otherwise, this animal being one of the emblems of the Asian giant) and shows them eating typical Chinese dishes to the sound of a modified version of the well-known children’s theme ‘Twinkle, Twinkle, Little Star’, or in Spanish : ‘shine, shine, little star‘.

The lyrics, adapted for the Chinese space mission, reads as follows: “Working in space is not easy. Don’t forget to be healthy. Enjoy hundreds of dishes. Yu Xiang Rou Si, Kung Pao Chi, rice and cookies, so tasty. Happy pandas You and I. Working in space is not easy. But we are prepared to handle it. Tiangong has great technologies. Robotic arms, keep safe. Wi-Fi connects us all. We salute our home planet. Shine shine shine little star. I wonder where you are. ”

On June 17, China lsuccessfully launched the Shenzhou-12 manned spacecraft, sending astronauts Nie Haisheng, Liu Boming and Tang Hongbo to the central module of their Tianhe space station for a three-month mission, the longest stay in space to date for the Chinese space program.

This has been China’s seventh manned mission to space and the first during the construction of the Tiangong space station.