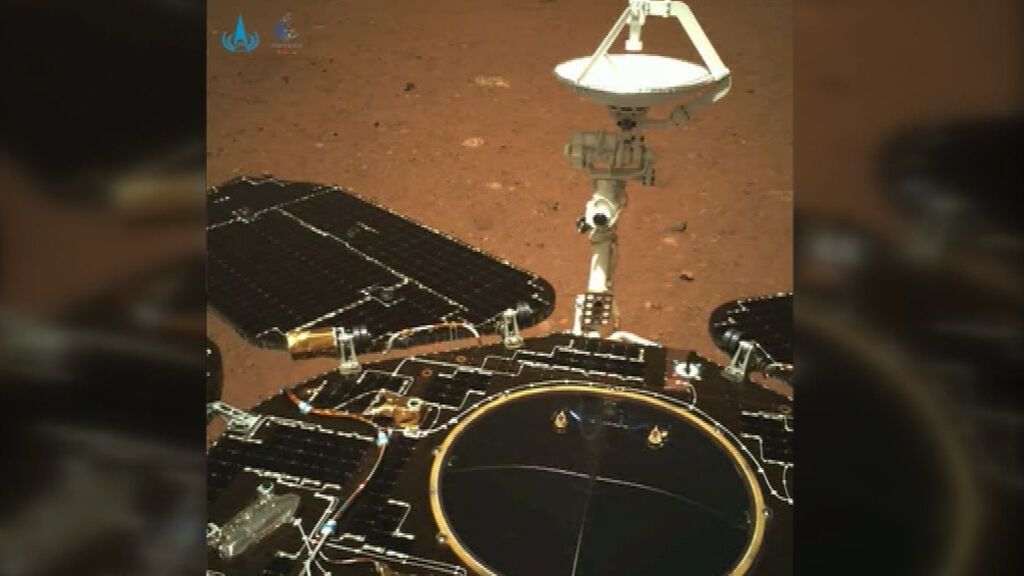 The Zhurong rover will study the soil, the atmosphere on the planet’s surface and look for signs of ancient life

China has published the first images and videos sent by its Tianwen-1 spacecraft and the Zhurong rover on Mars.

Tianwen-1 took off from Earth on July 23

Tianwen-1 took off from Earth on July 23 and it reached orbit of the red planet in February. The landing has been a great challenge, since Mars has its own atmosphere, unlike the Moon.

The Zhurong rover carrying the probe will investigate Mars for at least three months. The rovers weigh about 240 kilograms, have six wheels and four solar panels, and can move over the surface of Mars at 200 meters per hour. It carries scientific instruments that will be used to gather information on the composition of the planet’s surface and its geological structure and climate.