Juventus offered an unknown image in Do Dragao, not precisely because of the orange shirt he wore on this occasion, and thanks to a providential goal at the last minute by Federico Chiesa he was saved from a major defeat against Porto (2-1) that would have seriously compromised their knockout round of the Champions League against Porto.

Two goals before the first minute of play of each half was completed unmasked the alarming deficiencies of Andrea Pirlo’s team in the construction phase in the face of desperation from a Cristiano Ronaldo who had a discreet return to Portugal. The first confrontation of his career with Pepe, his friend and former teammate at Real Madrid, was in favor of the now insurmountable central veteran.

Serious mistake by Bentancur and goal by Taremi

Without Cuadrado, Bonucci and Arthur, Pirlo played with three centrals but did not count on Rodrigo Bentancur’s error on the first play of the game on his horrible loan transfer to Wojciech Szczesny. The goal was launched at the same time as Mehdi Taremi to correct the mistake and touched the ball, but it bounced off the Iranian and the 1-0 was a reality.

No reference in the absence of Artur

In Arthur’s absence, Juve missed a reference player to get the ball as in other games, but this time Sergio Conceiçao’s approach posed many difficulties. The high pressure caused several dangerous losses that caused the occasional scare to the ‘bianconeri’, gripped by doubts.

Porto, with the lines very close together, did not grant spaces and was a very uncomfortable rival for Juve in the creation zone due to their solidarity effort and intensity.

To make matters worse, Pirlo had to withdraw captain Giorgio Chiellini due to injury (35 ‘) and only at the end of the first half did the Italian champion, whose static attack did not generate danger to the firm defense of the’ dragons’, finished at the end on goal in two set pieces with a header from Matthijs de Ligt that Agustín Marchesín saved without problems (40 ‘).

Barely 25 seconds after restarting the game, Porto surprised Juve again with an interned with power on the right by lateral Wilson Manafá, which delayed Moussa Marega and he, after controlling, shot Szczesny.

Juve had a little more space in this second half but continued to suffer from a bite in attack as Cristiano Ronaldo had to delay to make contact with the ball. On the other hand, Sergio Conceiçao lavished an incursion without anyone leaving in his path, but his focused shot was cleared by Szczesny (52 ‘).

Pirlo looked for more depth, bringing in Álvaro Morata instead of Weston McKennie (63 ‘), although Juve’s first chance came as a result of a long shot from Bentancur that narrowly missed him (65’). 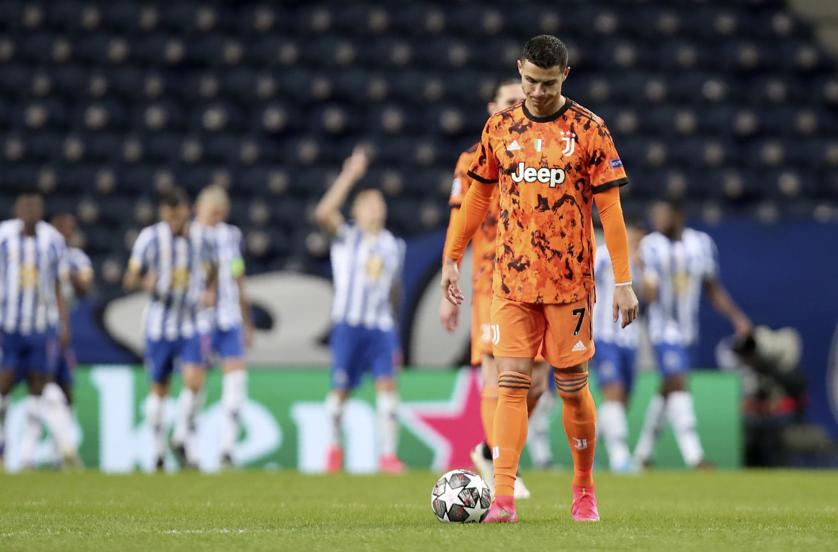 Porto continued without suffering but when the match was even closer to 3-0 it was 2-1. Adrien Rabiot won his back in one of the few oversights of the local defense and put up a delayed cross that Federico Chiesa converted into a goal by connecting a placed shot (82 ‘).

Only then did Juve react and Morata had it 2-2 to receive offside but Marchesín won the heads up. In the end, Porto did suffer and, already in the discount, Cristiano Ronaldo vehemently claimed a penalty after falling to Zaidu Sanusi. Carlos Del Cerro Grande did not point it out but the ‘vecchia signora’ ended up accepting a minimal defeat after coming to fear for the tie. Of course, Danilo saw a yellow card and will be low on the return leg in Turin.