Amazon has just renewed its range of smart speakers with a screen. The company has launched new Amazon Echo 8 and Echo Show 5, whose main difference, as you can guess from their names, is the size of the screen. The first has an eight-inch screen and the second is left with a five-inch diagonal.

However, it is not the only difference between both devices, since the Amazon Echo 8 has a peculiar function in its camera: scrolls and zooms the image to keep us in the frame during a video call. Then we will get to know them better, but not before highlighting that the price of the Echo Show 5 is 84.99 euros (five euros less than the previous model), while that of the Echo Show 8 is 129.99 euros (the same as before).

Amazon Echo Show 8: the camera that follows us 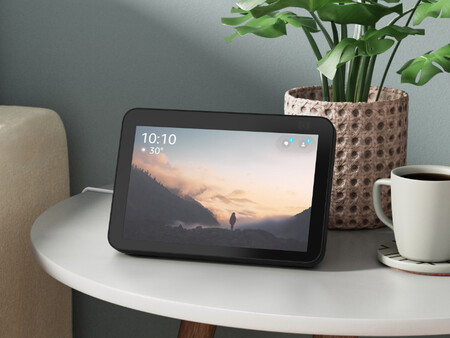 As far as design is concerned, the Amazon Echo Show 8 is very similar to the previous model. The main difference lies in the dedicated space for the camera, which now has an integrated cover so that we can cover it when we don’t want to use it. It is one of the ways that Amazon has to guarantee privacy.

The device mounts a eight-inch HD display with adaptive color adjustment from which we can watch streaming movies, follow step-by-step recipes, reproduce photos to turn it into a digital frame and interact with home automation. It also incorporates stereo speakers and an eight-core processor that brings to life Alexa, the brain of home automation developed by Amazon.

But without a doubt, the most striking point is the camera. The Echo Show 8 incorporates a 13 megapixel camera that scrolls and zooms during video calls, something designed to always keep us framed. That way, if we move, the camera will move to keep us in the center. It’s a feature that comes from the Echo Show 10, although not as powerful as it doesn’t have a swivel base.

The camera, by the way, we can not only use it to make a video call with up to seven people, but we can also use the Echo Show 8 as a surveillance camera. From the Alexa app or other Echo Show devices we can access the real-time image of the Echo Show 8 camera to see our house live. 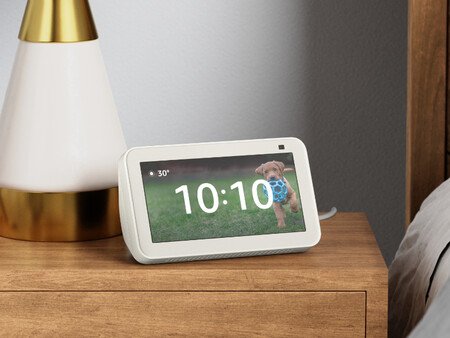 The Echo Show 5, meanwhile, it is the same as the previous model. It has a five-inch screen and is available in a new color (navy blue). For the rest, a priori, it is similar to the Echo Show 5 that we had so far. From the screen we can access streaming content, information of all kinds and Alexa to control home automation.

Where is the change then? In the camera. The device has a HD camera with twice the pixels, something designed to make video calls. Like the previous model, the camera feed can also be accessed in real time to see how the house is and that everything is in order. Like the Echo Show 8, the Echo Show 5 also has a camera cover.