A few months ago, back in September 2020, Realme launched the Realme X7 and X7 Pro, two premium / high-end mid-range devices that bet on MediaTek’s Dimensity chips. Now the company has just announced a third member for the X7 family, the Realme X7 Pro Ultra, which comes with the Dimensity 1000+ and up to 12 GB of RAM under the arm.

The terminal has been announced in China, where it can already be purchased for from 2,399 yuan, which at the exchange rate is about 310 euros approximately. However, the price will depend on the amount of RAM and internal storage. For now it has not been mentioned that the device is going to leave China and seen what has been seen with the X7 series, it is to be expected that it does not, but we will be pending. That said, let’s get to know him better.

From 310 euros to change

Curved screen and at 90 Hz 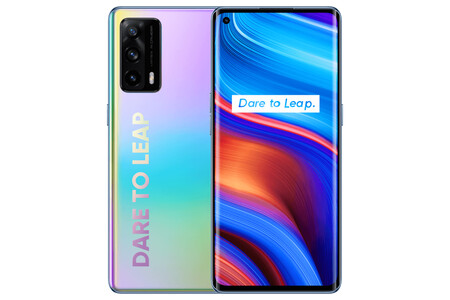 We begin by reviewing the aesthetic section, where we see that Realme’s tendency to place its slogan “Dare to leap” very large is repeated. Thus, the device has a back in black or multicolour with said text engraved in the left area, text that expands until it reaches more or less the height of the photographic module, where we find the triple rear camera and the LED flash. The fingerprint reader, as expected, has been implemented under the screen.

And speaking of the screen, we have a 6.55-inch curved AMOLED panel with FullHD + resolution (2,400 x 1,080 pixels), 90 Hz refresh rate and 360 Hz sampling rate, an aspect that manufacturers are giving more and more importance. This screen is perforated in the upper left corner to hide the internal camera.

Something that is quite striking is that Realme has managed to put all this in a relatively thin and light terminal, and that is that the Realme 7 Pro Ultra has a just 7.8 millimeters thick and a weight of only 170 grams.

MediaTek under the hood 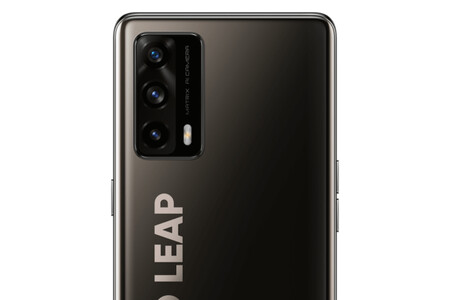 If we take out the scalpel and take a look inside we will see a processor MediaTek Dimensity 1000+, the same one that was already mounted on the Realme X7 Pro. It is a high-end processor manufactured in a seven-nanometer process with eight cores at 2.6 GHz maximum speed and an ARM G77 MC9 GPU. Next to it are eight or 12 GB of RAM and 128 or 256 GB of UFS 2.1 internal storage, which is not the fastest technology currently.

All this will give life a 4,500 mAh battery with 65W fast charge, sufficient technology to charge the device to 100% in 35 minutes, and Android 11 with Realme UI 2.0. We already know this layer of customization thanks to the Realme 8 Pro and it stands out for offering an aesthetic similar to Pure Android, but with some dressings developed by the company itself. 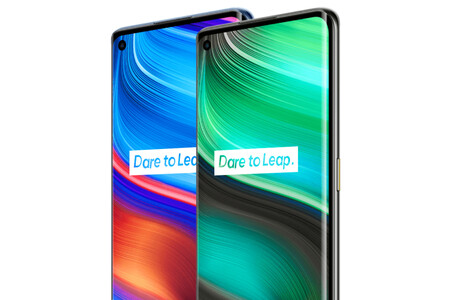 Regarding the battery, the Realme X7 Pro Ultra mounts a 64 megapixel main sensor with f / 1.8 aperture that, remember, will take 16 megapixel photos in automatic mode thanks to Pixel Binning technology. It is accompanied by an eight-megapixel wide-angle with a 119-degree field of view and a two-megapixel macro capable of focusing at four centimeters. The selfies, meanwhile, will have a resolution of 32 megapixels.

Versions and price of the Realme X7 Pro Ultra 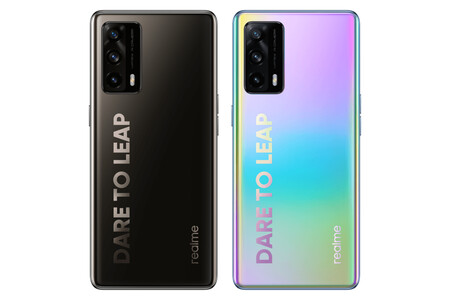 As we indicated previously, the Realme X7 Pro Ultra has been launched in China and, for now, there is no news about its arrival in other markets. There it can be purchased in black or multi-color and in two versions: 8/128 GB and 12/256 GB. Prices are as follows: