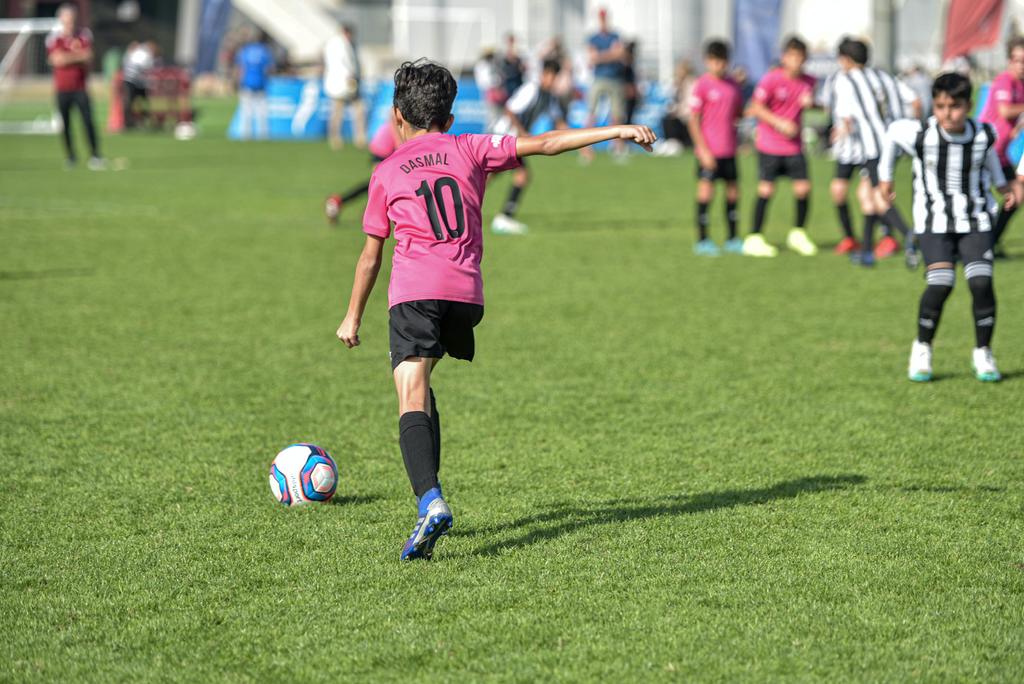 Covid-19 has altered every corner of our daily lives this year, and the sports industry has been heavily impacted. With the advice of the Sports Marketing specialist Jose Eshkenazi, we analyze the issue.

After several months in which all sports suspended their activities due to the pandemic, different European countries, with Germany, France, England and Spain in the lead, and on the side of America, Brazil and the United States, began to diagram health protocols to guarantee health safety and enable the return of sports to activity. With this, sports fans in general found very noticeable changes at all levels: stadiums without an audience, presence in stadiums through technology, and a new link between fans and clubs through digital means – says Jose Eshkenazi, who is representative of Soccer Media firm. But sport also brought new practices: in the first months, goals, points, tries, or so many (football, tennis, rugby and basketball), prevented hugs in the celebrations. In addition, the classic exchange of pennants before a match was modified by an exchange of chinstraps with the crest of the clubs, a symbol. But, how to know which changes are temporary, which will remain, and what other new practices will appear?

The return of the public was attempted in specific events, such as finals of some league. But it is the new outbreak of infected that is reminding the entire sports community that the virus has not gone away, and that in order to sustain sports activities, the changes must be thought of as institutional policies. The question that is asked Jose Eshkenazi is what changes will remain, and what will come in the medium and long term?

First of all, the first change transcendental has been that of the tournament formats. The biggest example was the Champions League, which was played in the middle of a bubble in Portugal, a single match. Something unthinkable for the most prestigious soccer tournament. Something similar happened in NBA, where the matches were not held in the official stadiums, but training stadiums were formally adapted and a hundred screens were installed through which the fans could be present – adds Eshkenazi. In Argentina for example, Professional Soccer League, developed a six-group tournament, four teams each. In a country that has not maintained the same format for two years in a row, this represents a rarity, but it allowed minimizing the risks of contagion.

Following the line of major sporting events, the one that is most on the horizon, and that helps us understand the power of the questions posed at the beginning, are the Olympic Games Tokyo 2020 (They have been rescheduled to be played between 7/23 to 8/8/2021. An event that historically brings together thousands of athletes, journalists and fans. For Jose Eshkenazi, who is also a representative of the MBL World company, the main change will be in line with the protocols established so far: reduction of the public, fans and athletes.

This will impact the competition and the national representatives. The financing problem is the biggest unknown. Will companies want to invest in a particular show, in which it will not mobilize the thousands of accustomed people? What will happen to the sponsorship of amateur athletes?

Second, across all sports, we have the experience of fans attending games. For experts, journalists and leaders, given the new wave of people infected by Covid-19 in Europe and the United States, it is very likely that at least during the first half of 2021, the stadiums will continue without an audience, or in the best of cases , a small portion could have a sanitary guarantee to allow income. Although here, sports in which the public maintains a relevant distance would be excluded, such as motor racing, which could be economically benefited both by the attendance of the public, and by companies that begin to be interested in investing there. Here, applications and digital companies begin to hegemonize broadcasts, and to diagram strategies for linking fans-clubs. The digital world has not only been the one with the highest profits during 2020 in the world of sports, but it is projected that for the following years, the pace of advancement and innovation will make it maintain this position.

A third issue of sport in a pandemic is youth. An economic, social and cultural impact goes through the connection of boys and girls with sport. From a playful perspective, the pandemic has caused a total decrease in youth sports activity. Jose Eshkenazi brings up a report from the Aspen Institute and two universities (Utah and Northern Colorado), called “State of play 2020”, in which a thousand parents of young athletes from the United States gave their opinion, in which a relevant piece of information has There has been an exponential increase in the use of bicycles, which represents a new market for this item. But the most relevant thing is that 31% declared that their sons and daughters have lost interest in practicing sports. These are short-term changes, but we know that clubs, intermediaries and companies are nourished by youth athletes, so we will have to wait to see if this has an economic impact in the long term.

At the level of sports fans, 2020 reinforced a habit: the tendency to practice sports at home or outside of it, by those who had been doing it and who joined during the quarantine in most countries of the world. This has sparked a whole series of new markets, new services and new demands. In other words, the sports industry knew how to capitalize on this demand through digital technologies. For companies linked to sports, as well as applications that offer services, people are looking for flexibility and versatility. The main change that to have come not so much to supplant, but to complement traditional gyms, is to offer different individual or group activities, in many points. The centrality of being a member of a single center has been put in check. The tendency to look for routes and a schedule of activities appropriate to the rhythms of people’s lives, results in a product that gives consumers a feeling of freedom of choice.

Jose Eshkenazi also adds that the Ibero-American Sports Council (CID) and UNESCO carried out a report to study these changes and consequences that the coronavirus has caused in the world of sports during 2020. The report, the first of an institutional nature that has salido, highlights important aspects that seek to link society, politics and sport. It is highlighted that, during the months of strict quarantine, mainly, the importance of sport as a spectacle, social entertainment, individual well-being and, underlying this, in the economy. Therefore, what the report seeks at this point is to encourage national policies in pursuit of structural improvement in terms of investment, training and dissemination of sport. And at the same time, show companies the market that sports not only professionally, but also amateur implies.

The United States is one of the benchmark countries in terms of understanding sport as a spectacle, so its resolutions represent an indication of what is to come in the world of sport. As mentioned, the NBA and also the MLS, they resumed focused on a health bubble. The NBA, which was played again in July, was hosted by the Disney complex in Orlando, where the Lakers were crowned. This has led some leaders to think about the possibility that at least, during the first six months of next year, the main events will take place on similar premises. The MLB, the main change has been the modification of the format, which meant that only 60 games were played, and in which the Dodgers won the world series.

The dynamics before and after the meetings are also marked by modifications that seem to have come to stay, at least for the medium term: we are talking about the Covid-19 tests of athletes, leaders and journalists – concludes the sports marketing expert. It is a requirement of each of the leagues to undergo a PCR test to avoid the risks of contagion. As of this implementation, great athletes have missed one or more matches, such as Cristiano Ronaldo when Juventus faced Barcelona for the Champions League, and Luis Suarez, in the confrontation between Uruguay and Brazil for the qualifying rounds for the Qatar 2022 World Cup.

The practice of sport never stopped as if competitions and tournaments did. Soccer and basketball clubs conducted training through platforms such as Zoom, and conversations with psychologists and nutritionists during the months of total isolation. Therefore, the entry of technological tools in the consumption of sport is a change that seems to come to disrupt the traditional modalities. In addition, amateur and home practices is one of the biggest trends on the rise during the months of 2020, and they suggest – concludes Jose Eshkenazi – that next year more sophisticated and easy-to-use services will appear on the market.