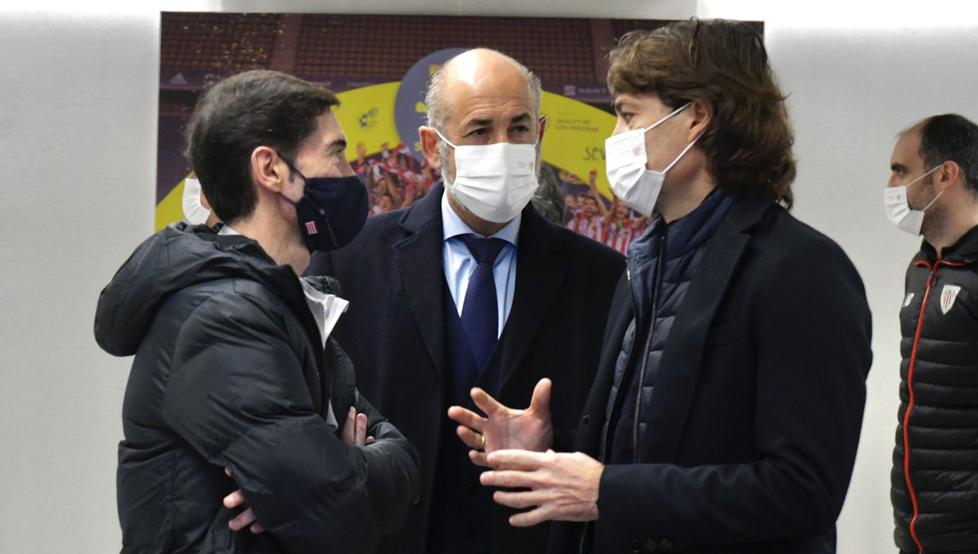 Two coaches dismissed, a coach signed and another promoted, a title, the corresponding official receptions, seven league games with two different coaches on the bench, four cup crosses and two ‘super cuppers’, the inauguration of a new building in Lezama, La celebration of 50 years since the creation of the rojiblanca ‘factory’, five renovations, two transfers … All these things and some more have happened in Athletic since the delegates threw back the club’s proposals corresponding to last and this season. Tomorrow, both issues will be submitted to the partners for consideration.

The triple no to the Elizegi directive took place on December 27. From then on, events have been happening in Athletic. Some extraordinary and others the habitual ones in the daily work of the Ibaigane entity. By activity, yes, it has not been.

The farewell to 2020 ended with a defeat in San Mamés against Real. A 0-1 that served as a point and end for Garitano’s stage at the helm of AthleticAlthough the president did not notify him of his dismissal until a couple of hours after defeating Elche at home 1-0. That same January 3, Marcelino was appointed as the new coach.

The Asturian coach made his debut three days later, on Three Kings Day, and a week and a half later, On January 17 specifically, he won the Super Cup title after defeating Madrid and Barça. During that time, Elizegi also proceeded to the dismissal of Ángel Villacampa in the Women and the promotion of Iraia Iturregi as coach of the first team.

The chapter of renovations was also underway starting with that of Mikel Vesga, which was followed by those of Zarraga, Vencedor, De Marcos and Balenziaga. Kodro, meanwhile, was loaned to Valladolid and Iñigo Córdoba to Alavés.

On February 5, shortly before the draw for the Cup semifinals, the club announced its intention not to collect the fees for 2021. From assembly to assembly of Athletic, all these things have happened and some more, the commemoration of 50 years of Lezama’s life for example, but some situations remain unchanged. In the absence of a possible last minute twist, the directive will be presented tomorrow to the partners without having closed the new salary cut Of the template.