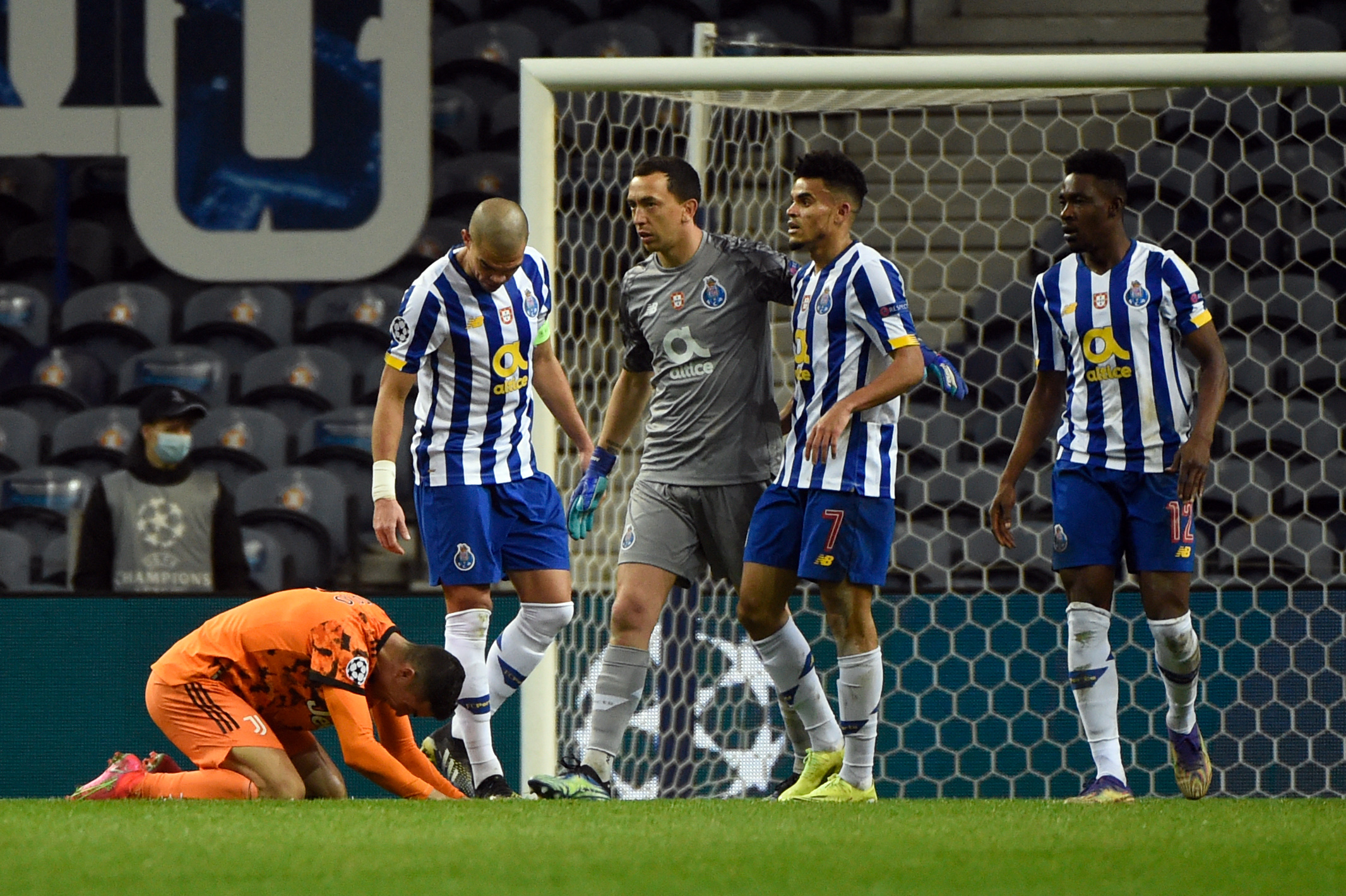 It’s been 25 years since Juventus lifted their last European Cup. They will spend another 25 if he tries to win it playing like he played in Porto, and he will leave empty. Rarely has a coach with such good taste as Andrea Pirlo conceived a more rude team. Fate wanted these eighths of the Champions to cross it with another team made with the same rusticity. The game they gave birth was a horror. A horror deepened by the absence of an audience. In the desert no one is ashamed. In addition, Bentancur lacked perimeter vision. Minute one had not elapsed when he handed a ball to Taremi. Alone in front of goalkeeper Szczęsny, the Iranian nine opened the scoring and what was presumed to be the starting point of a frenetic night was the realization that this Juve is an enigma.

The wind encased in the Douro Valley beat Andrea Pirlo’s hair and gave him an appearance of abandonment. The Italian coach’s anxious gaze swept the field from end to end as if searching for an elusive answer. It was the first minute of the game and his team was losing (1-0) after an inexplicable error in these circumstances. Before him he had a problem equivalent to his, since Conceiçao’s Porto responds to the same rudiments. The difference was not in the principles but in the conviction. While Porto operates a plan that its hard-working players assimilate unapologetically, Juventus players don’t seem to agree on purpose or fully understand what they’re doing.

If the intentions of the two teams are to be judged by what they exhibited on Wednesday night, the common slogan was to close lines, saturate a 40-meter section of the field with men, crowd each other to cut off traffic, and avoid all It costs the inside pass, so that the ball always runs along the outer edges of the peloton, monopoly of the central and lateral. The trend was such that in a margin of ten minutes before the break, Rabiot, Chiellini and Bentancur opened the game in such a way that the ball went directly to the tribune.

Passes without any advantage abounded, crashes, fouls and players hidden in the tangle, something that no one ever thought of giving them a pass. The American McKennie was the paradigm of evasion. Cristiano paid it between screams and laments, as he saw how all his supply lines dried up. The closest the Portuguese came to contacting a goal ball was after a Chiesa cross that flew over his head and was lost behind the sideline. Considering that Juventus had to come back 2-0, the development of the match was disconcerting.

Porto made it 1-0 in the first minute of the first half and clinched it 2-0 in the first of the second. Manafá came in from the right and crossed back to the passivity of Alex Sandro. Marega finished off and Juventus found themselves in a double bind.

Porto was enduring the evening calmly, with no news at Pepe’s fort, when almost by chance Danilo threw Rabiot through his wing and the Frenchman crossed for Chiesa to connect the shot. The goal, the first and last of Juve’s serious shots throughout the game, will serve the Agnelli club to cling to a weak hope of redemption.