Loren Bouchard is a man who exudes light and joy. His smile is like that of a child full of illusion who still cannot spell the word “cynicism.” It is not a surprise, considering that we are (video call through) before the creator of two of the brightest, most positive and well-meaning adult animation series of the moment: ‘Bob’s Burgers’, available on Disney +, and ‘Central Park’, from Apple TV +. The latter, a comedy starring the New York park janitor and his family, premieres its second season today, and is loaded with new songs composed by first-rate people.

“This name will sound like something to you”, says Bouchard when mentioning Regina Spektor. She is one of the guest songwriters of the season. Each chapter of ‘Central Park’ has a handful of original songs, composed by Kate Anderson, Elyssa Samsel, the co-creators Bouchard and Nora Smith or Brent Knoff, among others. But in addition, every week it has guest composers of the level of Spektor.

“The idea of ​​having guest composers is really ambitious, we were incredibly naive not to realize how difficult it could be to find them,” explains the executive producer and screenwriter. “We think as if we were children: ‘well, we’ll ask a bunch of composers for it and it sure works out well'”. So it was: in the first season there were original songs by Sara Bareilles, Fiona Apple, Cyndi Lauper, Alan Menken, Aimee Mann or Meghan Trainor, among others … and in the second season the list is just as impressive.

The first episode has a song by John Cameron Mitchell (the creator of ‘Hedwig and the Angry Inch’) about experiencing a blackout in New York. In the second there is an original They Might Be Giants song about raising the elbow, sung by Stanley Tucci (he is the voice of the villain of the series, a rich businesswoman who wants to buy Central Park). Rufus Wainwright composes a song about kite flying in the third episode. “I have the list here, if you want I can read it to you”, says Bouchard before citing a few more names: Big Boi, Michael Bublé, Danny Elfman, Wyclef Jean or Ingrid Michaelson (“a song that breaks the heart”, advances the screenwriter). 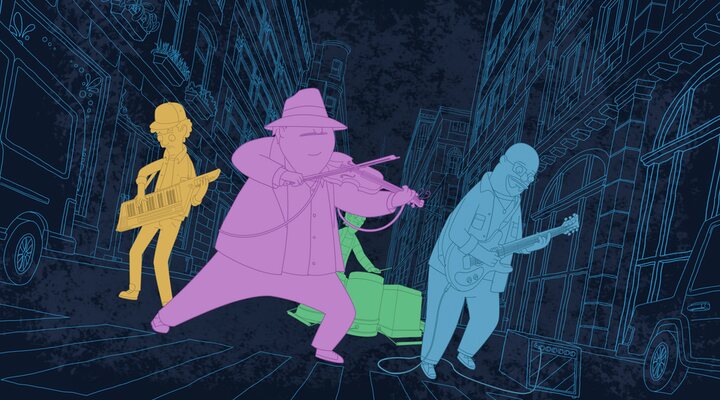 And they are not exactly what are known as “B faces.” “The songs are really good. They don’t just give you an improvised and quickly made song, they are very good songs,” says Bouchard, really surprised by the quality of the commissions they receive. “We show up saying ‘Oh, Molly is going to buy a new bra. We need a song that talks about that, this and that.’ And they do it. They’re amazing. Out of nothing they create something magical.”.

Music is the icing on the cake. Underneath is a cake whose recipe made ‘Central Park’ the “happy place” of the quarantine when Apple TV + premiered the first season in 2020– Humor based on lovable characters, colorful animation, an outrageous cast (Tituss Burgess, Daveed Diggs, Josh Gad and Kathryn Hahn, among others) and an iconic location as a base of operations. But according to Bouchard, you don’t have to visit New York to enjoy the series either: “It’s set there but it’s a musical that, I hope, invites everyone who wants to sing with us or be carried away by the music. We wanted to do a version of the Real Central Park almost in the key of a fairy tale, you don’t have to have lived there to understand the jokes or the premise of our plots. You just have to understand that we are talking about a park that is in the center of a big city. “

A perfect excuse to talk about social issues like gentrification and pollution, but Bouchard doesn’t want ‘Central Park’ to look like a pamphlet. “I do not want to make disposable entertainment. If we are going to put all this effort, I prefer to create something that contributes, but without going overboard, because nobody likes to be taught lessons,” he argues. “I think the tone is very important. You have to raise it sideways, and let the series be a musical comedy that on the surface only seeks to make you laugh and help you heal, to dance even if you are lucky. The idea is that you do not realize that we are also trying to make the world a better place. We would like people to be kinder to others and take better care of the places where they live“Anyway, ‘Central Park’ entertains, has songs and makes you a better person without you realizing it, what more could you ask for?

To trouble with the voices

One of the best known voices of the cast in the first season, Kristen Bell, has left the series for this return. The decision was made by the entire team on good terms in June 2020, when criticism arose that Bell, a Caucasian woman, was voicing a mixed-race character, the daughter of the family. As of now, Molly’s voice is Emmy Raver-Lampman, and Bouchard assures that the transition process between the two has been “good and painful at the same time.”. “It was good because we all agreed and we wanted to do the right thing. Our goal was to correct what we had done wrong,” he says. “Emmy Raver-Lampman is unbelievably perfect as Molly.” 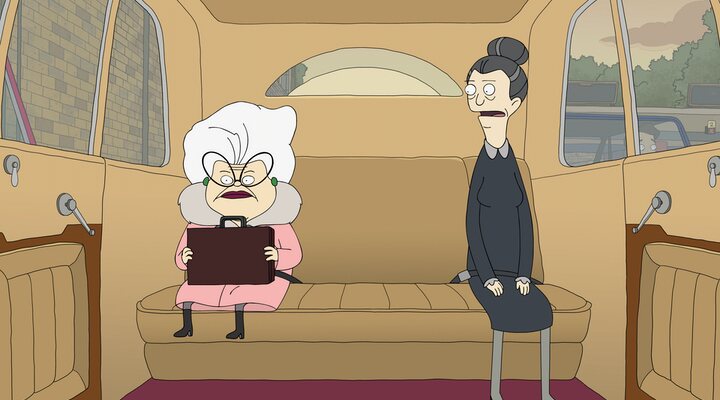 However, in the future they could run into the same problem with two other cast members: Stanley Tucci and Daveed Diggs, who play two women, the villainous Bitsy Brandenham and her maid, Helen. “There was something in the voices of both actors that suggested to us that these female characters might be especially rich to them,” explains Bouchard. “Stanley Tucci is a perfect villain. There is a depth and richness in his voice that makes you see, despite how small Bitsy is, how powerful the character is.” The same goes for Diggs, one of the best known actors from ‘Hamilton’: “Daveed’s voice can sound very raised and withdrawn at the same time, as if he was hiding a secetro. He suggested himself for this character.”