It seems incredible but ‘Game of Thrones’, one of the biggest television events in recent years, celebrates its tenth anniversary this year. The HBO series began broadcasting on April 17, 2011 and gradually became a phenomenon that completely transformed pop culture. The chain is ready to celebrate in style the “Iron Anniversary” of its most successful fiction to date, and has a lot of things prepared for the next few days. 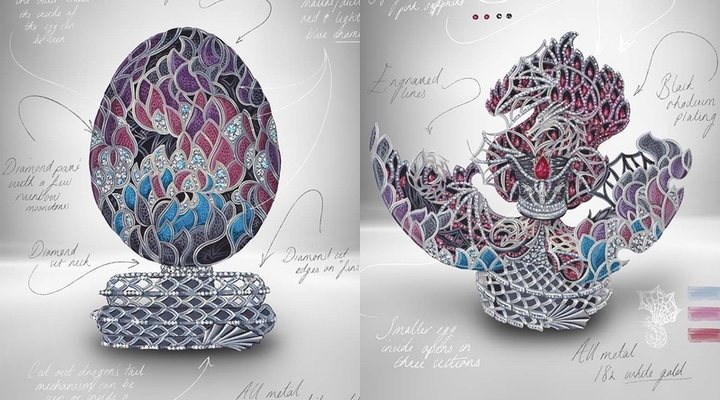 This anniversary will be marked by the arrival of new products in stores so that fans can renew their collection of merchandising from the series. In addition to a new collection of Funko Pop figures, which will launch a collection of figures with iron texture, or a special edition of Mikkeller craft beers, the jewel in the crown (pun intended) will be a Fabergé egg inspired by Daenerys Targaryen’s dragon eggs. This imperial jewel designed by Liisa Tallgren, Fabergé’s chief designer, and Michele Clapton, the series’ wardrobe manager, houses a miniature crown inside that represents the jewel that Emilia Clarke’s character would have worn if she had finally sat down. on the Iron Throne. This collector’s item may have broken all records because it will cost 2.2 million dollars, which would be about 1.8 million euros..

If by chance we do not have those 2 million dollars loose to buy the egg, the celebrations of the Iron Anniversary of ‘Game of Thrones’ offer more affordable alternatives. As of April 10, the MaraThrone will begin on HBO. In the United States, viewers will be encouraged to rewatch the series while choosing a side, backed by the stars of ‘Game of Thrones’, each dedicated to raising funds for a non-profit association. In addition, the platform will offer several “alternative routes” to follow specific paths in the series, such as Daenerys’ or Arya’s, or to remember the best battles of all seasons.

And as in ‘Game of Thrones’ there is also room for love, the chain has also announced that Will Surprise Three Couples Who Got Married At ‘Game Of Thrones’ Themed Weddings and they will deliver a whole trousseau of souvenirs from the series, from wine barrels and goblets to personalized cakes.