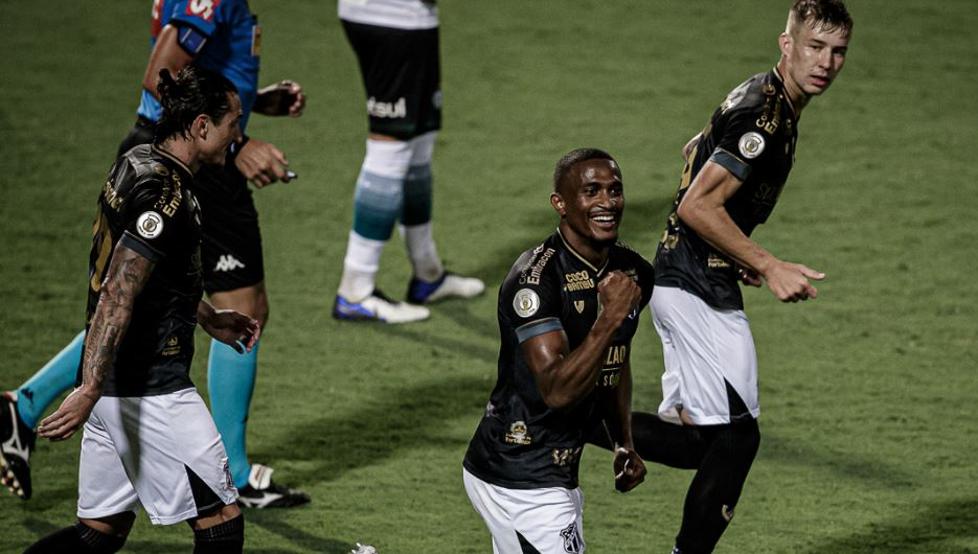 The Ceara guaranteed his participation in the Cup
South American of 2021, which begins on March 17, when they beat at home 0-2 at Coritiba, already relegated to the Second Division, on the penultimate day of Championship
Brazilian, which this Sunday can conquer the International in advance.

Ceará missed several scoring opportunities and the hosts scored late in the first half, but the play was canceled by VAR. As soon as the second half started, striker Felipe Vizeu scored the first goal and his teammate Saulo Mineiro put the icing on the cake in the 73rd minute. With the result in the game on the thirty-seventh day, Ceará added 49 points and reached form provisional tenth place.

In the last day of the Brazilian League, which will be played next Thursday, Ceará will face Botafogo, which, like Coritiba, has been relegated to the Second Division.

Also on this thirty-seventh round of the Brazilian Championship, Fortaleza will receive more than Bahia, which is fighting for its permanence in the elite.

All the attention paid to the International, who can be champion

This Sunday the attention will be focused on the duel at the Maracaná stadium between Internacional and Flamengo, considered an early final.

Internacional, which leads the standings with 69 points, will be able to win the title early if they beat the current champion and second in the standings, Flamengo, who has 68 and needs two victories to take the title again.

In addition to the meeting between Internacional and Flamengo, Corinthians and Vasco da Gama, Sport and Atlético Mineiro, Santos and Fluminense, Gremio and Athletico Paranaense, as well as Goiás and Bragantino will play tomorrow.

The penultimate round will be completed next Monday, when Palmeiras will host Atlético Goianiense and Sao Paulo will visit Botafogo.