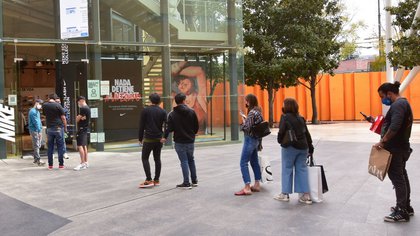 Once again, the epidemiological traffic light in Mexico City will be located at orange color of high risk of contagion, for the week from Monday February 22 to Sunday 28 of the same month, due to the fact that the hospitalization figures have been maintained in recent days, reported the Eduardo Clark Garcia, General Director of Digital Government of the Digital Agency for Public Innovation (ADIP).

In the middle of a videoconference, Clark García stressed that the health traffic light will remain orange, but without lowering his guard.

According to the statistics, there was a reduction of people hospitalized in the capital, going from 7,401 to 5,059 people admitted during the previous week.

“It is the largest reduction we have had compared to two weeks ago,” he reiterated. In the metropolitan area there is also a marked decrease in the number of hospitalizations, since they fell from 10,071 to 6,816 in the last days, that is, 3,225 fewer people.

The director general of Gobierno Digital also revealed that hospital occupancy in CDMX registers a percentage of 58%, which marks one of the best figures since December when it was at 65%.

Regarding the reduction of admissions per week, he assured that there are 421 fewer hospitalizations compared to the previous week. “It’s about three weeks with a marked reduction.” 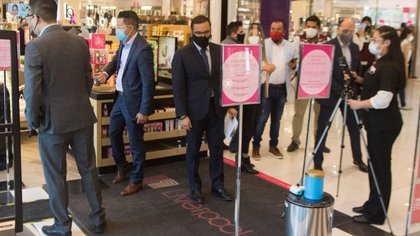 Establishments continue to operate in the capital. (Photo: Cuartoscuro)

As part of a strategy to increase the number of COVID-19 tests, The CDMX government will collaborate with private pharmacies, department stores and shopping centers to increase the capacity of these tests.

When passing the orange traffic light during the past week, new measures were released that were authorized in the capital for the benefit of the economy, such as:

Gyms can operate indoors; churches and temples of worship reactivated operations from 7:00 a.m. to 7:00 p.m., but without ceremonies; Alercas also began with classes of 40 minutes and in separate lanes; theaters began their operation outdoors.

The restaurants also continue to serve diners, but they extended their closing hours until 10 at night and with tables for up to five people only in open spaces.

All activities must maintain the established sanitary measures such as: healthy distance, application of antibacterial gel and the mandatory use of face masks.

Orange traffic light in CDMX and Edomex: these are the activities that will be allowed from February 15 to 21