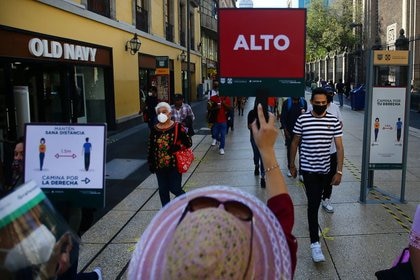 The cases of contagion increase in CDMX. (Photo: .)

The Head of Government of Mexico City, Claudia Sheinbaum, reported that next week the epidemiological traffic light will remain orange, but with an alert, as there is a considerable increase in hospitalizations.

The rebound in hospitalizations is marked from November 12 to 19 of the same month, as the CDMX went from 4,247 beds occupied to more than 4,500, that is, there is an increase of 349 people hospitalized in the last seven days.

According to the graphs that it presents daily, the hospital occupancy is 50%. “If we continue this trend, we will be in mid-December at the same level as in May. We are five weeks away from correcting the trend, so that we do not reach saturation and the limit ”, he reiterated. 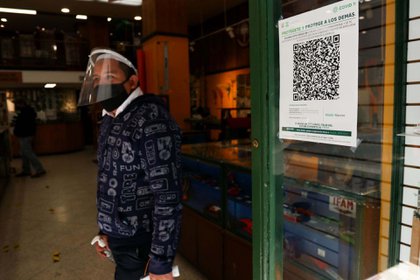 The figures marked at least 227 daily hospital admissions in September; 238 in October and 282 people hospitalized so far in November.

In order to reduce contagions, the capital’s president announced new actions for the following week, so as of this Friday, 26 macro kiosks will start operating in traffic and affluence areas.

This is a greater control to identify infected from COVID-19, since the result will be obtained in at least 30 minutes. The goal is to double early care.

Another measure is that the people who are positive for coronavirus. 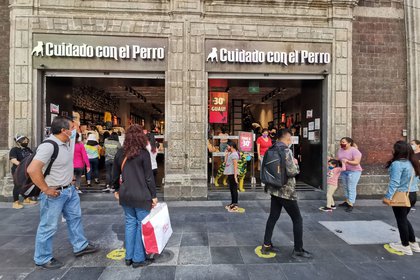 Shopping centers will have to change their closing hours. (Photo: Cuartoscuro)

The third decision will be to reinforce the sanitary measures already established such as: mandatory use of face masks, sanitary filter, cleaning of surfaces, ventilation and protection of positive cases.

Claudia Sheinbaum also reiterated that from November 23 all non-essential establishments must close at 19:00 hours. Some are: bowling alleys, gyms, museums, cinemas, theaters, exhibitions, bookstores, among others.

This morning, the Head of Government clarified that there will be no curfew or persecution for not wearing a mask, after the announcement of the prohibition law.

“In the City there will be no curfew or persecution for not wearing a mask. We take measures that guide us to cut infections. Tests, territorial work, preventive guidelines, schedules, measures to discourage large parties. We believe in citizen participation ”, wrote the capital’s president via Twitter.

The tweet generated immediate controversy among citizens who triggered some reactions such as:

“Sorry to laugh at your proposal, but in the CDMX metro it’s impossible! And less in Atizapán de Zaragoza, public transport is in chaos and traffic police in Naucalpan Atizapán and Tlalnepantla do not cooperate, they only extort money! ”; “Question would be: has the strategy worked?”; “Count after the 20th, fifteen days to see your Good End results. The doctors and nurses, orderlies are exhausted. Don’t you think they also deserve a break ???? ”, among others.

And it is that through a press conference that she chaired this Thursday, the Head of Government announced that she will announce new regulations to stop the number of infections. In the capital there are more than 183,000 infected with COVID-19 and 16,677 deaths to date.