Since it was announced during one of the Directs Mini that was there in September 2020, Cathedral It has turned out to be one of those titles that has been desired for a few months of indecision about its final release date, until it finally arrived today, 18th of February, to the eShop of the hybrid console. It’s about a metroidvania, a title of exploration and platforming through a huge map of interconnected rooms through the successive skills that are achieved, with its small role-playing touches, which is also presented under the nostalgic style of the eight bits, and after Having recently seen its gameplay with the first fifteen minutes of play, there was still to see the official trailer of presentation of the game, after its arrival in the eShop, which you can take a look below:

Wake up in a world with no memory of how you got there. A world full of secrets, hidden rooms, dungeons and villages; The cathedral presents a vast world, destined to explore! You control a nameless protagonist, a knight from a different world, who joins a spirit known as Soul. Find out what makes this world work and how to get back home.

Unravel the secrets of your past by finding the five elemental orbs. The orbs, placed in ancient times by the demigod known only as Ardur, are protected by five fearsome guardians. Fight your way through their dungeons, face them in combat, and see if you can beat them.

Along the way, you will find magical items that allow you to explore even further and reach new areas, towns, and dungeons. 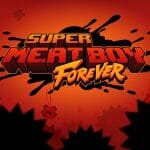