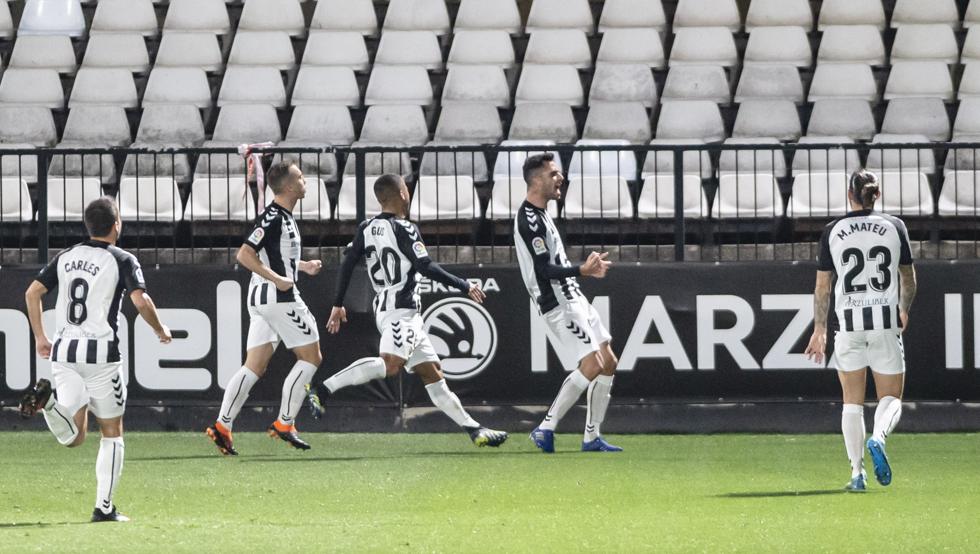 Juan Carlos Garrido debuted with victory on the CD Castellón bench against Sporting de Gijón with a serious match by the locals who took advantage of their opportunities and the good performance of Álvaro Campos, who saved a penalty.

A very open and contested match that Castellón and Sporting de Gijón faced from the first moment. The locals changed their style of play with the arrival on the bench of Juan Carlos Garrido, looking for more direct shipments to the rival area and a greater presence in the offensive zone.

The two teams would seek the opposite goal, although Castellón would be the one that would do it with more intensity in the first minutes. Rubén Díez would try with a distant shot from the front that Christian sent to corner.

On the second opportunity, Garrido’s team would go ahead with a long throw from Marc Mateu, rejected by the defense and the winger himself, with a changed leg, put the ball on the penalty spot so that Cubillas with a great technical gesture , head to the back of the net.

Sporting reacted and tightened the Castellón frame. First Cristian would send the shot from the edge of the area to the post after two faulty rejections by Castellón and, later, Álvaro Campos saved his team after stopping Djuka’s internship in a heads-up between the goalkeeper and the forward.

Before the break, Sporting de Gijón would once again enjoy an opportunity with a shot from Cristian who went wide.

The Asturian team left after the break ready to get the equalizer but soon they found the second goal from Castellón. Again the play started in a throw-in that Iago Indias put into play, Cubillas prolonged and Rubén assisted so that Gus Ledes hit the first post tightly without Christian being able to do anything.

Only five minutes later Sporting had the opportunity to get into the match with a penalty over Carmona, which was competed by Gálvez. The Asturian team forward launched the maximum penalty that the Valencian goalkeeper, Álvaro Campos, managed to save and reject.

Sporting de Gijón kept trying to cut differences but their control of the ball did not translate into scoring chances. Castellón remained well placed and with the security that Álvaro Campos gave him, the great protagonist of the local victory.

In the end, three points that take Castellón out of relegation and that make Sporting remain in 6th position.

Incidents: Game played behind closed doors at the Castalia stadium at 12ºC.